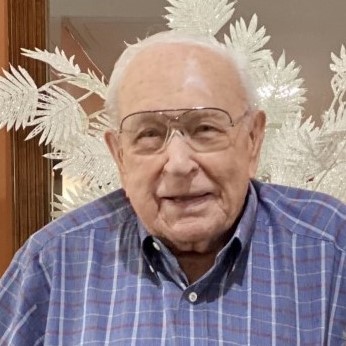 He was born in Marlow, GA in 1924.  He lived his entire life in Savannah and graduated from Savannah High School. As a youth during the Great Depression he worked selflessly to help support his family.

He is predeceased by his loving wife of 63 years, Betty Morgan, his parents Gipson Hull and Susie Kessler Morgan, his brother Gipson “Red” Morgan, and sisters Grace Slater and Margaret Nease.

Upon graduation from high school, Lonnie enlisted in the army as a combat engineer specialist in the 411th Engineer Battalion. During his service he received numerous medals in recognition of the Philippine Liberation Effort.

At the conclusion of his service, he began his 43-year career at Union Camp Corporation. It was here that he met the love of his life, Betty Jane Sturtevant. The next 63 years they were inseparable.

A man of character and high integrity, his reputation preceded him throughout his life for his loyalty, perseverance, dapper style, and his zest for life.  His greatest joy was his beloved family.

A special thanks to his devoted caregivers: Philip Draughorn, Beatrix Collie, Mary Townsend and Gail Ewaldsen.

His love of family, country, and friends sustained his long and joyful life. In his very last conversations, he expressed his great pride in serving his country.

In the words of his loving wife, Lonnie was a gentle man and a gentleman.

Graveside service to be held at 11:00 a.m., Wednesday, November 18th.  in the Greenwich section Bonaventure Cemetery.

To the family of Mr. Morgan; you don't know me, nor did I know Mr. Morgan. When I scanned the obituary page today and saw your loved one's picture, I thought I was looking at my own father's picture. The two men looked remarkably similar. When I read Mr. Morgan's notice, I was struck by the fact that I could have been reading my own father's. I could tell from Mr. Morgan's notice that he had a deep love for his Country, as did my father. And it also occurred to me that our Country has now lost another member of its' Greatest Generation in Mr. Morgan. The one thing that my father taught me more than anything else in life was to love God, love my Country, and to love my family, in that order. I know from reading Mr. Morgan's obituary notice that he, too, was such a man. May God grant you comfort and peace in the coming days, month, and years, and know that Mr. Morgan was an honest and faithful American that you all can forever be proud of. As I said, I didn't know him, but I am proud of him, and I thank him for the freedoms that I enjoy.

Our hearts are full of love and sympathy for your family. Praying for the peace of Christ to comfort you all.