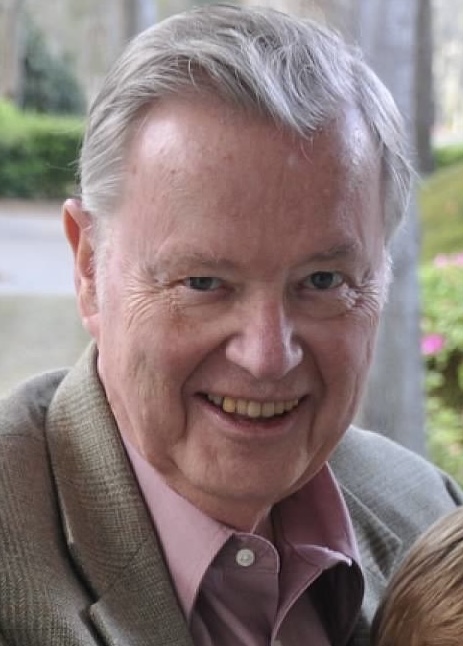 Harold W. Bulman was born on July 9th, 1935 to Annette Hamblin and Christopher Geoffrey Bulman in Buenos Aires, Argentina.  Although his mother was born in Buenos Aires and his father in Barcelona, both parents, and Harold, always considered themselves British and were part of the large Anglo community in Buenos Aires.  Harold attended bilingual education elementary schools, followed by an all-Spanish high school, playing cricket in local leagues with his older brothers Maurice and Derek.  Harold graduated from the University of Buenos Aires in 1958, with a degree in public accounting.

In 1959, Harold was working for an accounting firm in Argentina and was asked to go to the New York firm of Arthur Young, to learn their accounting practices.  He returned to Buenos Aires in 1960, again employed by the Argentine accounting firm, with additional responsibilities as an audit manager for Arthur Young clients based in Argentina.  In 1964, Harold emigrated to New York City and sought employment in the accounting field.  He worked for Hunter-Douglas,  based in New York City and Montreal, and served as the controller for the Western hemisphere.  In 1965 he met and married Eva Joan Bunzel in New York City at Grace Episcopal Church on September 18, 1965.  Their first daughter, Diana was born in 1966 in Manhattan, and the three moved to Montreal with Hunter Douglas in 1968, where his second daughter Linda was born in 1969.  In 1972, the family eventually settled in Westport, Connecticut where Harold worked for Anaconda, and later Standard Brands.  At Standard Brands, Harold was a controller overseeing Latin America where his speaking Spanish was an asset.  Standard Brands later merged with Nabisco to be Nabisco Brands, and later RJR Nabisco.  Harold eventually retired in 1990 as Chief Financial Officer for International Nabisco after traveling the world for work, often accompanying by Eva.  Harold and Eva also had a home in Plymouth, Vermont at Hawk Mountain Resorts for many years and enjoyed spending the summers and autumn there.  Shortly after selling their place in Vermont, Harold and Eva decided to travel across country to exploring about half the states while also looking for a place to retire.  They decided on Savannah, Georgia and in 1994 moved from Westport to the Landings on Skidaway Island.  They bought a lot which eventually became their home at 7 Westcross where they lived for over a decade.  They spent summers in Boone, NC and Pajaro Dunes, in Watsonville, CA.  The California summers allowed them to spend time with Linda, her husband Patrick, and Linda’s two children, Laila and Ian.  The times at Pajaro Dunes also included watching sunsets, walks on the beach, enjoying wine, and reading the New York Times and spy novels.

Long walks and classical music concerts continued when Harold and Eva moved into their home on Westcross, including visits to the Savannah Symphony, piano concerts on Hilton Head, the Telfair, the Passport Club, reading the newspapers on the radio for the blind, and being members of St. Peter’s Episcopal Church.  In 2014, they sold 7 Westcross and moved into the Marshes.  Sadly, Eva died suddenly in 2015 and shortly after they celebrated their 50th wedding anniversary on Amelia Island with Diana and Linda.  Harold continued to live in their apartment at the Marshes, having his weekly dinner with “The Boys” (aka the Stag group), drinking Malbec, reading the lessons on Sunday at church, serving on the church’s endowment committee, and cataloguing the many concerts he attended with Eva or books that he had read.

Harold is survived by his daughter Linda, her husband Patrick, grandchildren Ian (15) and Laila (19) of Oakland, California and Daughter Diana of Basalt, Colorado.  Although his brothers Derek and Maurice, and their spouses Thelma, Ethel, and Cielo predeceased him, their children Marcelo, Mauricio (Fabian), Elsie, and Brenda also survive him.  Maria (Laida) Bunzel, an Argentine, and who was married to Eva’s brother Eric also survives him.

We will remember Harold as the good "tío" Harold who lived in the US, and who, after the passing away of his brother, gave us the father's advice when we needed it. Despite having lived in the US most of his life, he still spoke perfect Argentinean Spanish with just some English accent. In particular, we remember the visit of Harold and Eva in Paris in 2005, when they invited us to a Johannes-Passion from Johann Sebastian Bach at the mythical Salle Gaveau. We still keep the program of that concert amongst our most precious family souvenirs. Brenda visited him for the last time in 2017; sharing a few days was a pleasure for both. He was well, but he missed his beloved Eva a lot. We hope they are now reunited forever.

Oh, Diana and Linda we loved your parents so much and of course you both also. Your parents truly are my mom’s oldest friends as an adult and she never varied from how much she loved you all. What stupendous people both of your parents always work, and I remember the voices absolutely perfectly and think I shall forever. The world and my family have been lucky to have had them for so long. Incredible memories incredible people and I do hope and plan on seeing you both with much love and much respect to your wonderful parents Jen.

Dear Diana, I am so sorry for your loss. You and your family are in my thoughts and prayers.