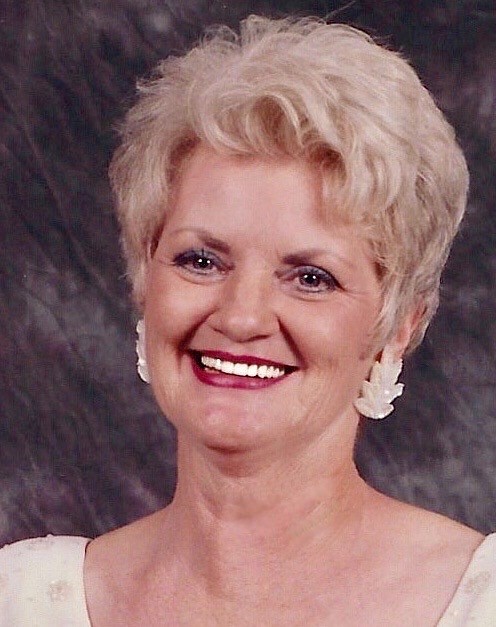 On August 6, 2022 after a brave fight with cancer, Sandra (Sandi) Rebecca Tomblin Head, 80, passed away at her home in Savannah, Georgia surrounded by family.  Sandi was born on August 26, 1941 in Lee County, Alabama to Mildred McMillian Morgan and Franklin Elwood Tomblin.  She was a graduate of Baker High School (Class of 1959) in Columbus, Georgia and attended Columbus College & Florida State University.

In the early 1960’s, Sandi began working at the Social Security Administration.  She retired in 1987 after 25+ years, to start Real Estate school.  She began working as a Licensed REALTOR® in 1987- going on to become a Graduate of the Realtor’s Institute (GRI), get her Broker License and open Sandi Head Realty in 1996. Her company’s motto, “Where you’ll be treated like family”, was true to the end- as Sandi never met a stranger.  She retired from Real Estate in 2020.

Sandi married James David Head, Jr. on March 30, 1963 in Columbus, Georgia and they had four children: Lori Rebecca, Lisa, James David III & Steven Todd Head.  Lisa died at birth, and Steven passed away on May 23, 2014 after a long courageous battle with juvenile diabetes.  After divorcing in 1977, Sandi moved to Savannah, Georgia in 1980 with her three children. Sandi loved walking the beach on Tybee and spent much time there with close friends who came to visit.

Sandi was the kindest, most loving mother, daughter, and friend to everyone she knew and fostered many very close friendships throughout her life.  Sandi was a true Southern Lady and always showered visitors to her home with Southern hospitality.  She loved photography, western art, and reading - taking thousands of photographs, collecting many art pieces and thousands of books over her lifetime.

She will be missed beyond measure- but is at home with the Lord.

Dear David and Laurie, my sincere condolences to both of you and your families. Sandi loved her family very much and because she spoke of you so much, I feel as if I know you more than I actually do. I know your loss is profound. And even though we lived miles apart Sandi and I were still very close friends and I will also miss her very much. She was a very special lady and a dear friend to me. I hope it helps you to know that there are others of us mourning your loss too.

Thinking of you all as you forge into the days & months ahead. I am blessed to have known the warmth of her love and the comfort of a hug from her! May her memory be eternal!