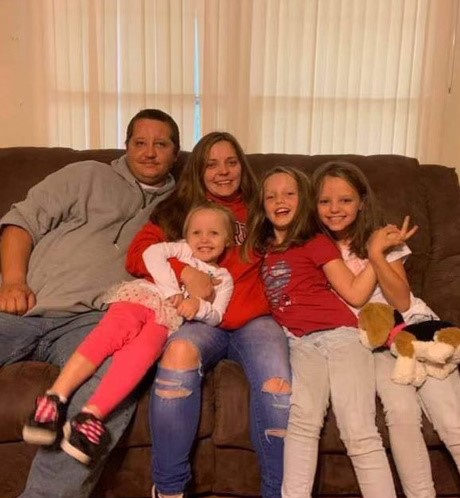 The Savannah native was a longtime resident of Bulloch and Screven counties. Kevin was born on November 9, 1984 to Tina Sikes and John Vincent. He was a friend to all and loved by so many. His greatest joy and immeasurable pride came from his three daughters, Kaitlynn, Adilynn, and Marilynn. Kevin was an extremely hard worker and very talented. He was known as one of the best roofers in the Savannah area. Kevin was a very proud big brother to Chris, Justin, Garrett, and Morgan.

In addition to his parents, three daughters, and siblings,, Kevin leaves behind to cherish his memory, his longtime girlfriend, Sherry; special aunt, Tammy Tyler; special cousin, Alana Boucher; stepmother, Tonya Fulmer; stepchildren, Sarah and Michael; grandparents, Nancy and Ronnie Griffin;  and many other aunts, uncles, nieces, nephews, and cousins that will dearly miss him.

A Celebration of Kevin’s life will be held on at 4:00 p.m. on Saturday, August 6, 2022 at Fox & Weeks Funeral Directors, Hodgson Chapel. The family will receive friends for one hour prior to the service.

So sorry for your loss. Prayers for you and your family

I have been praying for you Kevin. I hope you found peace in this departure from our world. I will be praying for Sherry, yours and her family, and especially the children. I imagine this was a mistake, and you were probably unaware how it got away from you; as it goes dark in all of us we hope to hold the line and be prepared for what we don't know. We were never invincible; just a short blissful denial to how fragile our lives really are. I am so very sorry we had not made the time. Family, your best spirit in overcoming this loss will reward us all as Kevin Climbs. Life; Love; God may grant you peace and protect the ones who love you as Kevin leaves this world. Prayer On for all. Climb On Kevin Love, Your cousin Mike

God Bless you all Love ya Prayers

My first born son. I can’t tell you how much pride I had in raising you into the man you had become. Watching you grow and become a great daddy was the biggest joy. You touched so many with your big smile and heart. All the memories will forever be in my heart. Son I want you to know I know we had our differences , but my love for you was endless. You were my first love and one of three to hear my heartbeat from the inside. Don’t worry my child we will take care of things down here and knowing you will be my angel watching over us everyday. Your girls will miss you but don’t you worry they have the best memories of their daddy. And we will get them through this with all the love we have. I will miss you but knowing you are at peace makes my heart full. No more demons no more worry. You have the best view. Until I see you again my child what a glorious day that will be. Fly high Kevbo. Love you most…mama.

Tina and Tammy, I am so sorry for your loss of Kevin. I will be praying for piece and comfort. I love y’all