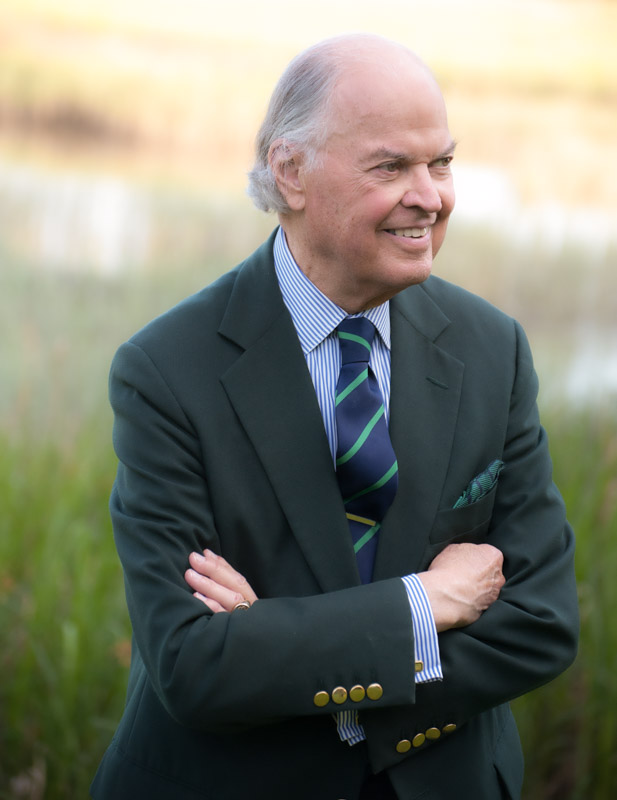 He was the son of George Wilmer Williams and Florrie George Adkins, and the adopted son of Minnie Keller Roberts. Born in 1938 at Piedmont Hospital in Atlanta, GA, Pomeroy lived in Cordele, GA before the family moved to Savannah in 1945. He attended Charles Ellis School and graduated from Benedictine Military School in 1956. He attended Vanderbilt University and transferred to the University of Georgia, where he earned a B.A. in 1960 and a Bachelor of Laws in 1962.

While at Georgia, he was a member of the Georgia Beta Chapter of Sigma Alpha Epsilon, and Phi Kappa Phi Honor Society. Although he received his LL.B. in 1962, he had completed his studies and successfully passed the bar examinations in 1961, whereupon he joined the Savannah firm of Bouhan, Lawrence, Williams, Levy & McAlpin, a predecessor of the current Bouhan Falligant.

In 1968, he became a partner of Bouhan, Williams & Levy where his practice concentrated in the areas of corporate law, securities regulation, tax law and financial and estate planning. He was admitted to practice in the United States Tax Court, the Court of Federal Claims, and the United States Supreme Court, as well as in all Georgia courts. He served as a member of the Editorial Advisory Board of the Journal of State Taxation. He also previously served as a student editor of the Georgia Bar Journal and as an associate editor of the Federal Bar Journal. He was a member of the State Bar of Georgia and the American Bar Association.

Pomeroy was highly involved in the Savannah community, serving on the boards of, and acting as counsel for, numerous civic and non-profit organizations, including but not limited to, the Girl Scout Council of Georgia and the Business, Education & Technology Alliance of Southeast Georgia.

Ever the anglophile, Pomeroy was generally considered to be the best dressed gentleman in Savannah, and even in the most casual of situations was always the most highly tailored.  When he found time, he had a passion for the game of golf and enjoyed playing at the Savannah Golf Club on afternoons and evenings. He enjoyed wing shooting, fly fishing, traveling, and spending time with his family and many friends.

He was preceded in death by his wife of 51 years, Nita Donehoo Morgan. The couple married while the two were in college. She was loving and supportive of him throughout his growing career and was the mother of their two sons.

Following Nita’s death, Pomeroy remarried and is survived by his wife, Victoria Diane Fulmer.  The two were inseparable and very happy together, sharing many of the same interests.

In addition to Nita Williams, he was preceded in death by both his parents; his brother, John Young Williams; and his sister, Edith Converse Williams Mathews.

A funeral service will be held at St. John’s Church, 325 Bull Street, Savannah, on Tuesday, August 2nd, 2022 at 11 am with burial following the service at Bonaventure Cemetery, 330 Bonaventure Road, Savannah.

In lieu of flowers, donations may be made to: St. Johns Church or The American Revolution Institute of the Society of Cincinnati.

Fox and Weeks Funeral Home is in charge of arrangements.

Sara, I and our family are sorry for your loss. Our thoughts and prayers are with you.

Our deepest sympathies go out to the Williams family. He was one fine gentleman.

Diane I am at a loss for words at this news. I remember seeing you and Pomeroy when I first returned to Savannah at Debra Bowen’s dinner. I recall sitting next to you with P just across the table. He was Mr Savannah to me sophisticated charming and the perfect gentleman. My thoughts and prayers are with you. Love Charlie Gay

There is something to be said for a man that was always in a great mood and made everyone around him feel special. Pomeroy you will be missed.

Diane, I am so shocked and saddened to hear Pomeroy passed away. He seemed to be so healthy when we played golf the other day. I actually was looking for the two of you at the range yesterday. Savannah has lost one of its finest gentlemen. A wise counselor with a good sense of humor. A really fun guy! My prayers and thoughts are with you, George and the rest of the Williams family.

Diane and family….you are in my heart of hearts.

We are so saddened to hear of Pomroy’s passing this morning. He was Top Shelf. With sincere condolences. Dawn & Curt Linkenhoker

My deepest and most sincere condolences to Mr. Williams family and friends. It was a great pleasure getting to know him.

To the family of Pomeroy, With each new day may PEACE find a place in your hearts. As you walk through this time of loss, may you know that the Lord walks with you and he will comfort you. – May God bless All of you.

It is hard to imagine that he is gone. Pomeroy and I shared a number of life experiences; some legal, some travel. He helped me navigate the purchase of Southern Marine and industrial supply company In 1983. We remained close for the next 35 years. Golfing. Traveling. Socializing. Debating. Yachting. My fondest memories of Pomeroy are he and I taking off for lunch in my Miata, top down, buzzing around Savannah. He would quite often insist on driving. We made quite the pair; I, not so well heeled or attired, he, dapper always. He was a stickler for the rules of golf. Every time we played together I felt like I was getting a rules lesson; he improved my game from miserable to barely tolerable. I am beyond grateful to have known him. He was a prince of a fellow. Adieu Poms; I think you have a good chance at an eagle on the next par five.

I'm sorry that Diane and I will be in North Carolina during the funeral. I'm glad I had a chance to see more of Pomeroy when I retired back home in 2001. He and Hartridge and Seiler made the Bouhan firm truly a top notch outfit and their good works were of great benefit to Savannah. Pomeroy you were a good person, not to mention the ultimate gentleman!

Morgan - I'm very sorry for your loss and wanted to pass along my sincere condolences..

Uncle Pomeroy was constant and steadfast in his love of family and the beautiful city of Savannah. He is certainly welcomed to rapture by his predecessors and will forever be a part of all who knew him in memory and spirit. Rest easy and give Nita and my Daddy a big hug.

May God bless you and your family with strength and courage during this difficult time. Eternal rest grant unto your father and may he rest in peace in God's eternal embrace. Sending you much love and hugs, Edgar.

Morgan and Ned, I am so glad to have known your Mom and your Dad. They were family to me. I will miss your Dad. Love, Celia H.

Wise counselor, mentor, and loyal friend. Unique in so many ways. Pomeroy was all these but much more. Our heartfelt condolences to Ned, Morgan, Diane, George, and other family. Savannah has lost one of its most noble sons. Margie & B. H. Levy, Jr.

Wise counselor, mentor, and loyal friend. Unique in so many ways. Pomeroy was all these but much more. Our heartfelt condolences to Ned, Morgan, Diane, George, and other family. Savannah has lost one of its most noble sons. Margie & B. H. Levy, Jr.