Al was a wonderful son, husband, brother, father grandfather, uncle and friend. The care of his family was his priority for his entire life. 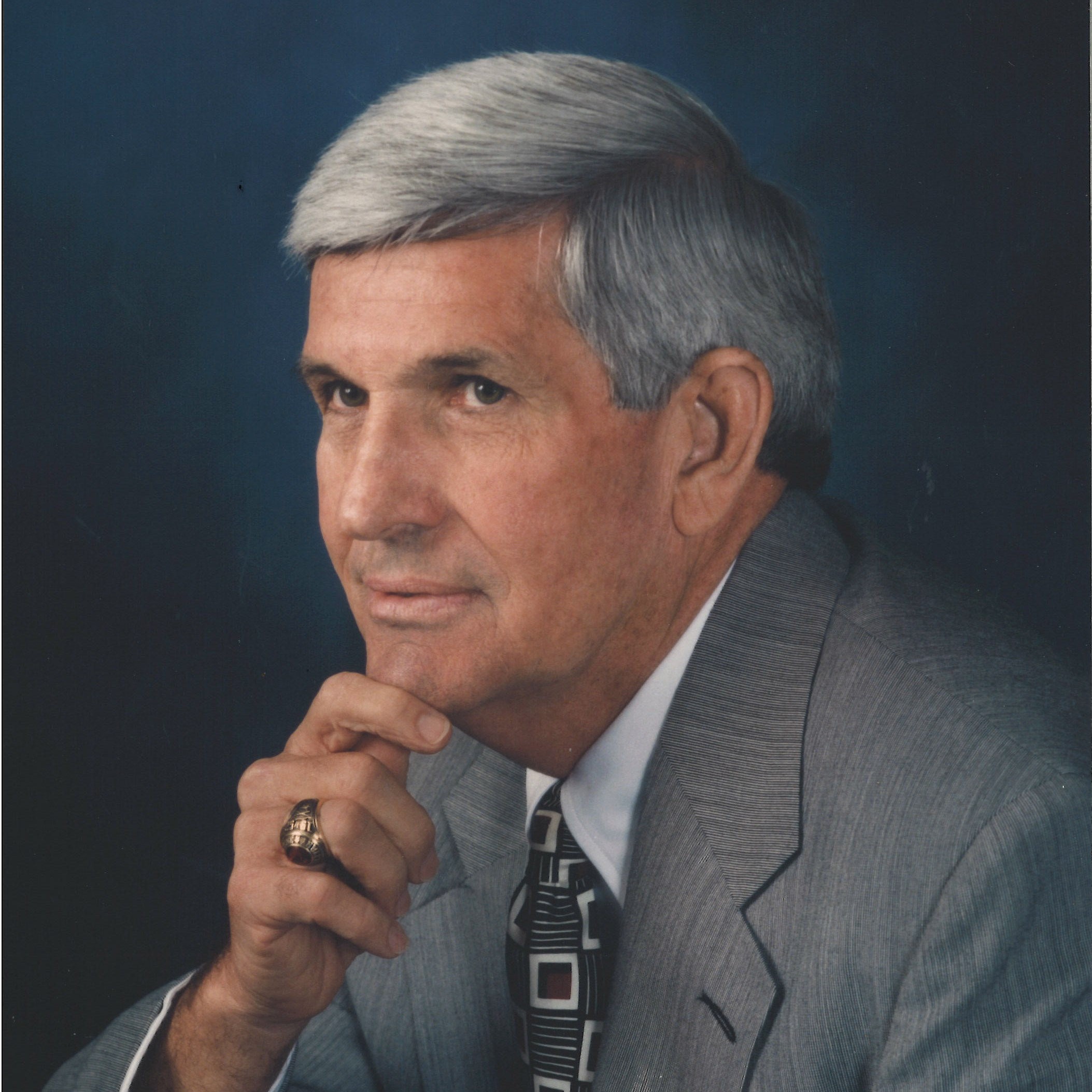 Aloysius Winters, Jr., 88, passed away on Saturday, July 23, 2022, at St. Joseph’s Hospital after a long battle with Alzheimer’s Disease.  Al was born and raised and lived his entire life here in his beloved Savannah.  Al attended Sacred Heart Parochial School and was a 1952 graduate of Benedictine Military School.  He graduated from Armstrong State College in 1955.  Al was married to Barbara Burns and they had three sons, Al, Chris and Anthony.  Barbara passed away in 1989.  Al married Rita Stevenson in 2014.  Al was a lifetime Catholic and communicant of St. James Catholic Church.

Al was a wonderful son, husband, brother, father, grandfather, uncle and friend.  The care of his family was his priority for his entire life.  He worked hard and enjoyed playing golf when time permitted.  Al was employed by Savannah Electric and Power Company and retired from there as Corporate Performance Coordinator after 43 years.

Al was involved in coaching in the Parochial League for many years.  He was a good athlete and played basketball at both Benedictine (#15) and at Armstrong State College.  Al served as manager of the Benedictine football team in 1951.  He belonged to many church, school and civic organizations.  He was a member of the Fourth Degree Knights of Columbus, Council 5588, The Irish Heritage Society, Savannah Quarterback Club, Savannah Exchange Club, Benedictine Alumni Association and Benedictine Athletic Association.  Al was a long time member of the Saint Patrick’s Day Parade Committee and served as Adjutant of the 1993 and 1994 parades. Also, as a member of the Parade Committee, he was instrumental in the live-streaming of the St. Patrick’s Mass at the Cathedral Basilica of St. John the Baptist which still continues today.  He also served as a member of the Savannah Olympic Support Council which was the Savannah Committee for the Olympic Games.   Al served our country as a member of the 117th Air National Guard for many years.

Next to his love of God and family, Al loved his Alma Mater, Benedictine Military School.  Al played sports as a student and supported and followed the athletics of his sons and grandsons at BC with rigid regularity.  He and his family participated in the tailgating and attended all football games as long as he was able.  Al wore his Benedictine Class ring always with great pride.  He is a recipient of the coveted Stephen S. Koszewski Award for loyalty, service and devotion to Benedictine.  He is responsible for the effort to move the Cast Iron Cross from the campus on Bull Street to the campus on Seawright Drive.  He answered all of his life to the call “Come fall in line you men of ole BC!!”  He will be sorely missed by family and friends.

A Mass of Christian Burial will be at 11:00 a.m. on Thursday, July 28, 2022, at St. James Catholic Church.  Interment will follow at Catholic Cemetery.

MAY HE RIP,1 OF THE KIND JOHN F MELL

Al, "come fall in line you men of ole BC" we will miss you. Rest in peace

We are all sending you our sympathy and you are in our hearts at this time of sadness. Relish and think on the good times you and Al shared together.. we love you and we know God is with you both.

Anthony, I am sorry to hear about the passing of your father. May his memory be a blessing. John Mc

Godspeed to my across-the-street neighbor of many years. He was always the nicest person. My thoughts and prayers are with his family.

Anthony, Penni, Gage and Logan we are thinking of you all during this very difficult time. Prayers for you and your family. We love you guys. Rest peacefully Mr. Al your BC family has got it from here.

Rita,sending my condolences to you and the Winters family

Good friend, R I P, AL condolence to all the family.

Mr Winters coached me in little league baseball. I have great memories of him. He was a great influence on my life. Good Bless you..

Shirley and I send condolences to Rita and the family. RIP Al.

Always enjoyed seeing Al at the Savannah Quarterback Club. Such a nice, friendly guy. Everyone loved being around him! He will be missed and Savannah’s loss.

So sorry for your loss.

Chris & Kelly and Anthony & Penni, I'm so sorry to hear this news. Al hired me at Savannah Electric in 1987, kicking off what has been a 35-year career (so far) with the power company and I will always be grateful for that. He was also my boss there for nearly nine years! Except for an occasional Facebook message several years back, I'm sorry we hadn't been in touch recently, but glad to see his legacy reflected by the loving and extended family referenced in his obituary. His career at Savannah Electric was quite varied and impressive as I recall - spanning the organization and including gritty field work as a lineman, supervision, work in power generation preventive maintenance, Manager of Corporate Performance, which expanded to include virtually the full administration of Performance Plan goals & measurement for the company, the first customer satisfaction surveying, and more. I moved to Communications about a year before he retired, and forget if his final title changed, but he basically directly supported the CEO and officers at that point. I always thought of him as a tough guy, but remember his easy laugh, friendship and steadfast support as I learned the ropes along the way. Rest easy, boss. -John