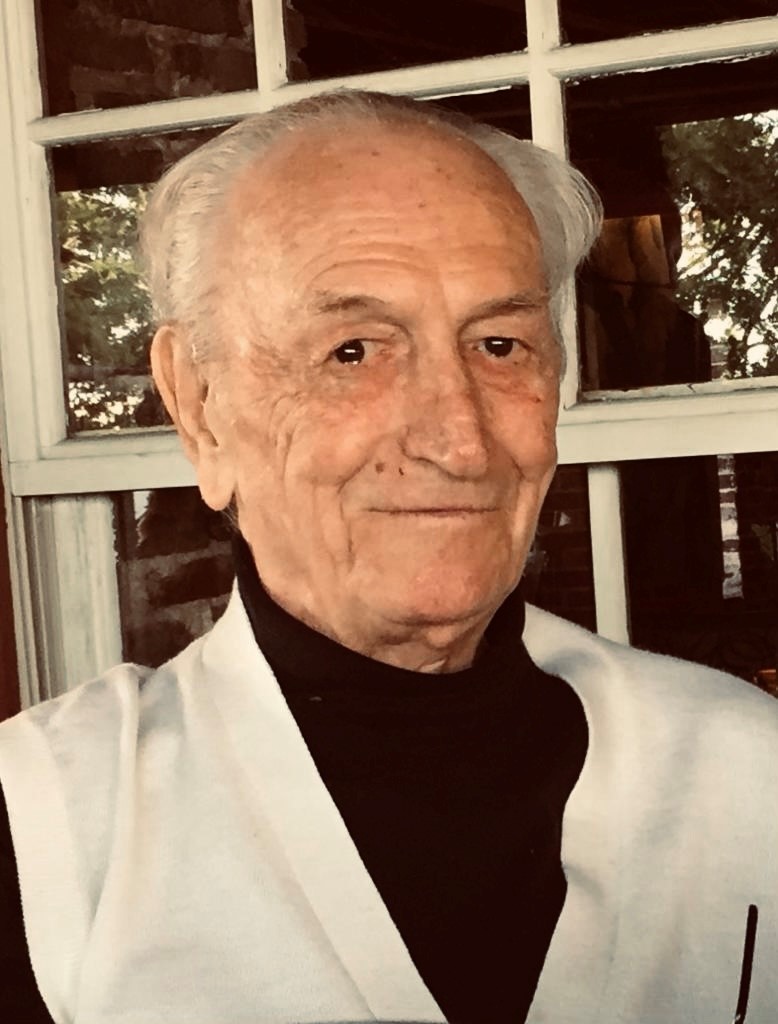 Our loving father, Lee Erb, has passed away after a very long and full life. Lee was 98, and was predeceased in 2018 by his cherished wife of 71 years, Janice (Jan) Leyburn Erb. Lee lived in Savannah Square Senior Living Community in Savannah, Georgia, for 13 years after moving from Cape Cod in 2011.

The third of five children, Lee was born in New Hanover, PA, where he spent his childhood on the family dairy farm. After his father's death, the Erb family moved to Pottstown where Lee played trumpet in the high school band.  Following graduation, Lee joined the Army and served in World War II in Normandy, France.  He earned a Bronze Star and Purple Heart. He rarely spoke of his time in the service.

Once discharged from the Army, Lee attended Drexel Institute in Philadelphia, majoring in business administration, where met his beloved wife, Jan.  After marrying, Lee and Jan lived in Indiana and Ohio before they settled into a long and wonderful life in Wilbraham and Cape Cod, MA.

Along with raising three daughters, Lee was a school board member and active in Wilbraham's Lion's Club.  He was an avid golfer, was deeply involved in the Sandwich Beautification Project,and was a craftsman of fine wood furniture. In his later years, he built to-scale models of family homes for each grandchild, and honed his skills in building beautiful model sail boats, which he continued to create well into his nineties.

We loved Lee and Jan. They were our neighbors at Kings Way for many years. They were fun, caring folks who always welcomed you onto their deck for conversation and a cocktail…Lee made a hell of a drink! We were privileged to have them as friends. RIP, Lee.