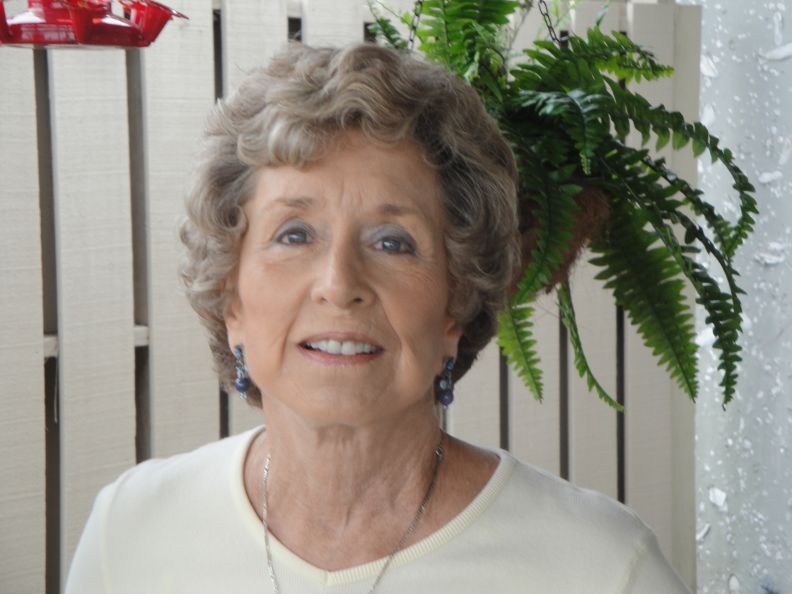 Barbara Ann Dzielinski Coman, 82 passed peacefully in her home on June 30, 2022 after a prolonged illness. She is preceded in death by her parents, Henry and Genevieve Dzielinski, two sisters, Diane S. Morrissey and Gail Dzielinski, and her niece Laurie Morrissey Richmond.

She was born on October 22, 1939 in Port Washington, LI, New York and lived on Long Island until her marriage in July 1960. Barbara attended Paul Schreiber High School in Port Washington. She was very athletic, both as a gymnast and cheerleader.  After high school Barbara worked as a secretary at the Navy Training Device center in Sands Point, NY

Barbara met her husband to be, Bob, in Washington DC in 1957. They were married in 1960 after Bob returned from overseas with the US Air Force. They settled in Los Angeles, California where Bob attended college.  They moved to Connecticut in 1964 and after two years moved to Fort Worth Texas, then St James NY before finally settling in Savannah in 1974 with Grumman/Gulfstream Aerospace.

Barbara worked as an executive secretary before returning to school to pursue a career in nursing. She graduated from Armstrong State University with a degree in Nursing and then worked at Memorial Medical Center until retirement.

Barbara was a member of the Community Bible Church in Savannah and participated in Bible Studies for many years. She always took comfort knowing that she will be with God in Heaven, free from pain and suffering, and reunited with family that predeceased her and those that will eventually follow her.

Barbara had a passion for tennis, and was on the original Wilmington Island tennis team. She was also an outstanding artist and her paintings and princess dolls are world class. Her talents were legendary and her family and friends will have these classic treasures as a testimonial of her artistic skills forever.

Above all, Barbara was a dedicated and loving wife and a devoted mother and grandmother. Her most treasured time was spent doting on, making gifts, and loving her four grandchildren.  There are no words to describe how much she will be missed.

Visitation will be at 1:00 PM Saturday, July 16, 2022 at Fox and Weeks Whitemarsh Island Chapel followed by a Memorial Service at 2:00.  Burial will be at the Greenwich Section of Bonaventure Cemetery.

Barbara loved flowers, therefore they will be greatly appreciated.

To have known Barbara was to have loved her. She was always there for our family especially my mother. I will forever be grateful. She was truly a extraordinary woman. She will be greatly missed. Our deepest and sincere sympathy to all of you. In her honor a donation will be made to St.Jude Children's hospital.

My heartfelt condolences go out to Pam, Dana and her kids, her brother Bobby and her Dad. The last time I saw Mrs. Coman was at Pam's office a number of years back. She was working and helping Pam as she opened her new office. She was just as beautiful and kind as I remember her when Pam & I were young and in high school. A beautiful lady inside and out, with her daughter following in her foot steps. Hugs to my sweet friend Pam until I see you in person. Much love, Pam

I am so sorry that you all lost such a beautiful Lady. Miss Barbara was so kind and sweet. I hope God wraps your family with all the Love and Mercy you deserve and need. I love you all so very much. I will truly miss this wonderful Angel.

Dear Pam, May the Lord hold you in the palm of his gentle hands during this most difficult time. Hugs and Love to you and your family.

My deepest Sympathy to her family,she will always be in your hearts❤️

Uncle Bob, Pam, and Bobby. I am so sorry for your loss. Aunt Barbara was always there for me and I loved her deeply. She became my confidant and was like a mother to me. I don’t know a more wonderful selfless person than her. Love to you all.

I am so very sorry for your loss. My thoughts and prayers are with you always. Love Tammy Driggers and her Daddy David

Bob, we send our condolences to you and your family. Barbara was a fine lady..always friendly and welcoming. You are in our thoughts and prayers.

She was like a beautiful sunrise. Prayers for Bob.

Barbara was our very special cousin. Our thoughts and condolences go out to Bob, Pam, Bobby and all of Barbara’s family. We love you. Ted, Karen, and Shawn

My heart goes out to Bob and his family. Thank you Bob for all the help you gave me when Tom died last year. Much Love, Deb

My husband, Bob & I were neighbors with Bob & Barbara at Pecan Park Resort in FL during her medical visits to Mayo. I know that they were put into our path for some reason and we were so honored to have spent time with them. She was so very kind, and I loved her attitude thru her treatments. Such a strong woman! I will forever remember the night we shared stories, wine & buntinis around a fire. Sending our thoughts & prayers to Bob & his family during this time.