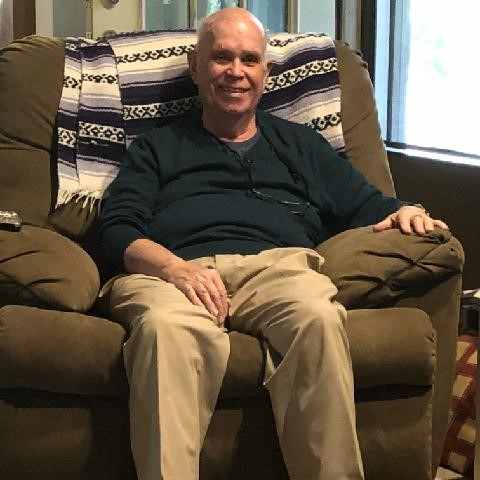 Richard Charles Zimmer, 87, died Thursday, June 9, 2022 at home surrounded by family.  Born August 2, 1934 in Cincinnati, Ohio to the late Rosetta and Louis Zimmer, he was also preceded in death by his brother, Don Zimmer (Joan) of Cincinnati.

Mr. Zimmer spent his boyhood in Cincinnati, Ohio, with summers highlighted by excursions on the Island Queen Riverboat to Coney Island Amusement Park.  He graduated from Purcell High School in Cincinnati in 1952, and received a bachelors degree from the University of Cincinnati.  He served in the U.S. Army, including service in Japan.  He met his future wife, Sandi Zimmer, while working at Mead Paperboard, where they played bridge together at lunchtime.  They later married in October 1975.  He retired to Savannah in 1997.  He was a communicant of St. Peter the Apostle Catholic Church, where he was a volunteer gift counter.  He participated in many charitable walks alongside his wife.  Mr. Zimmer was a lover of classical music and a talented gardener and cook.

Special thanks to our neighbors, Hospice Savannah staff and volunteers, and the many others who assisted during his illness.

Friends and family are invited to a luncheon following the mass.

In lieu of flowers, donations can be made to St. Peter the Apostle organ fund, or Hospice Savannah.

You are in our thoughts and prayers.

A wonderful neighbor that will be remembered fondly.

Our love to you and the family always. If there is anything we ca do please let us know.

Sandi prayers to you and your family

I'm sorry for your lost. Our thoughts and prayers our with you.

We are so sorry for your loss. You will be in our prayers. Richard was such a go getter. I will miss seeing him walking every morning in our neighborhood. Halo sends love too.

Our sincere condolences to the family.

Sandi and family, Our thoughts and prayers are with you and your family. God bless you all and may Richard Rest In Peace. Love, Sherry and Tom Danello

Richard was my favorite neighbor while we lived on Moss Court. We would meet in the middle of the street to discuss day lilies, his cooking dinner plans, or current events. I was always a bit envious that Sandi had her own personal chef. His friendship meant a lot to me and I will always remember him as I add new day lilies to my garden. Conni

4 CANDLES LIT
+ Add a candle to the guestbook