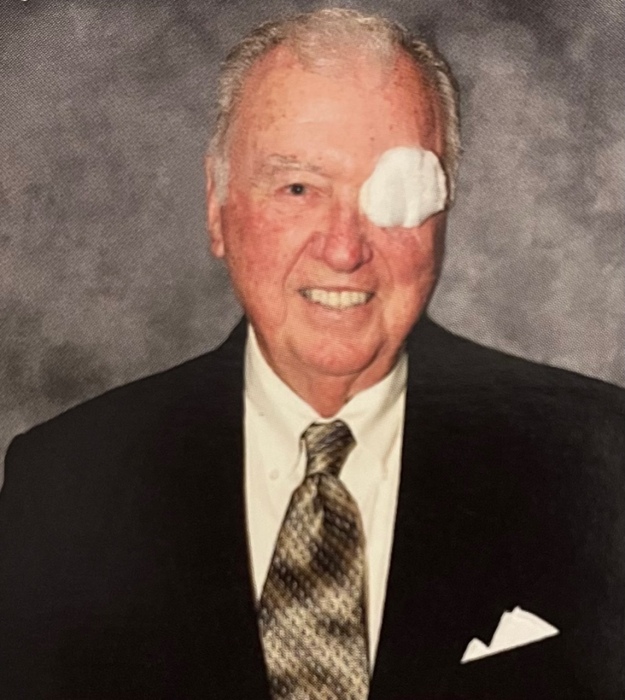 A graduate of St. Mary’s High School in Waltham Class of 1949 and Boston College Class of 1953.  Leo also earned a degree from Boston College Law School in 1956 where he served as president of his class.  He went on to join his beloved father in the banking business and ultimately served as the President of the Union Federal Savings & Loan Association of Boston and Westwood for nearly 30 years until his retirement in 1997.  He surrounded himself with a cherished and loyal team of employees and navigated his bank beautifully and successfully, even in the midst of the savings & loan crisis of the 80’s and 90’s.  This was a source of much pride for him.

Leo was an avid and talented golfer with a strong competitive spirit.  He learned the game by serving as a caddy at Woodland Golf Club. He was a former member and oldest living club champion at Charles River Country Club and Winchester Country Club and was most recently a member and senior champion at the Landings Club in Savannah, GA.  He earned countless junior, amateur, intercollegiate and club titles throughout his golf career.  Some of his finest achievements include being crowned MGA state junior champion in 1949 and a two-time New England Intercollegiate Champion in 1952 and 1953. Leo was inducted into the Boston College Varsity Club Hall of Fame in 1986, lauded as one of the finest golfers in school history. He was also a former member of the Algonquin Club of Boston and The Clover Club Glee Club.

Leo was predeceased by his loving wife of 61 years, Jean Marie (O’Brien) Grace. They raised their family in Belmont, MA before retiring to Skidaway Island in Savannah, GA and Franconia, NH.  He leaves his devoted children, Patricia Blanch and her husband, Dan of Naples, FL and Dennis, MA; Leo Grace Jr. of Savannah, GA; Betsy Patrone of Belmont, MA; Thomas Grace of Stoneham, MA; Jeanie Grace of Belmont, MA and Mary Fraser and her husband, Mark of Medfield, MA.  “Grampy" also leaves his four precious granddaughters, Katherine Blanch, Grace Patrone, Maren and Maggie Fraser.  He was the brother of the late Richard P. Grace.

A memorial mass will be held at Saint Mary Parish, 145 School Street in Waltham on Tuesday, June 14, 2022 at 10 A.M. Parking is located behind the church at 30 Pond Street.  Interment will be private.

In lieu of flowers, donations may be made in his name to St. Jude Children’s Research Hospital Memorial Giving, 501 St. Jude Place, Memphis, TN 38105 or www.stjude.org.

So very sorry for your loss! Leo was a wonderful man!