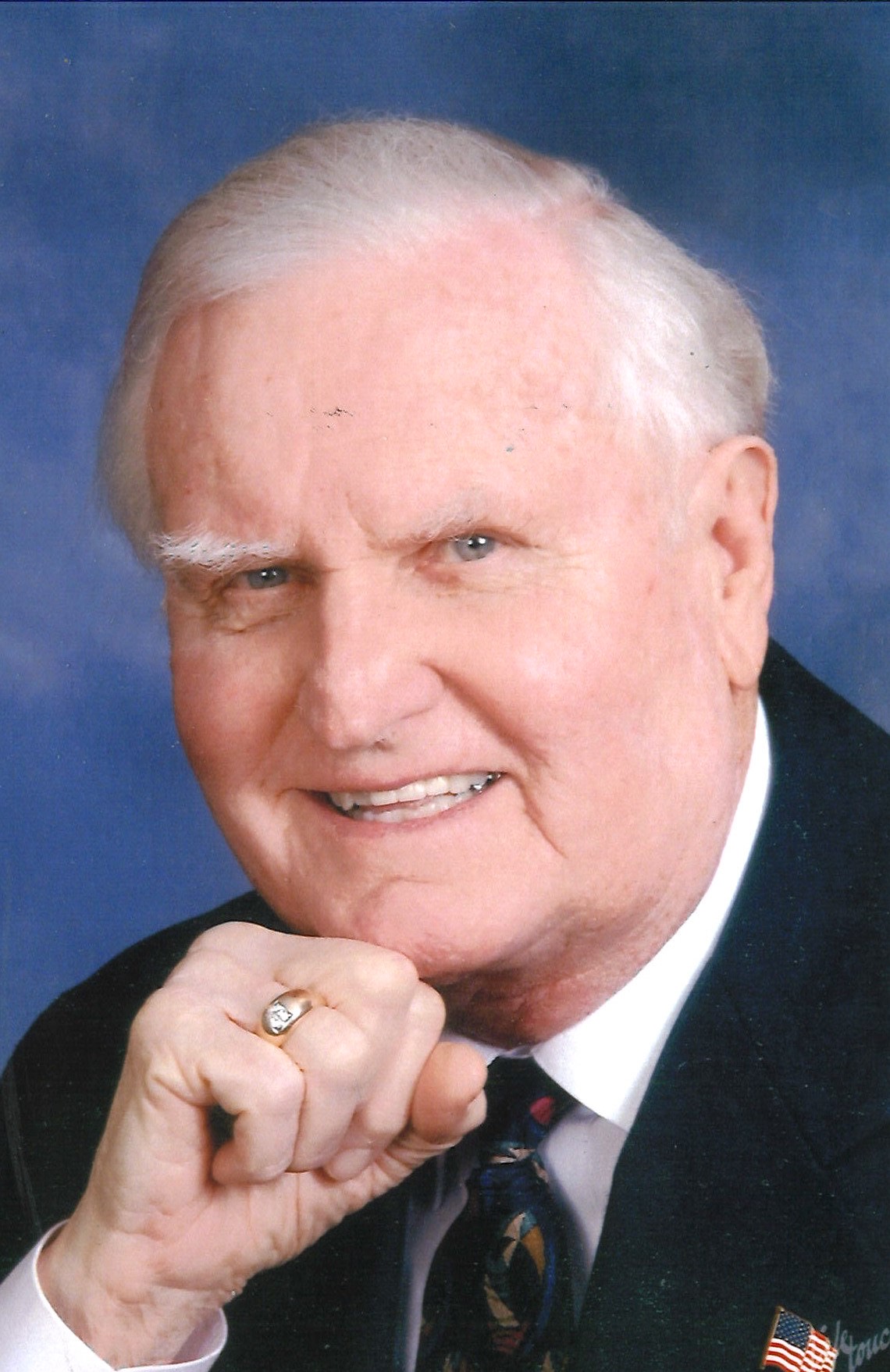 The Park Ridge, IL native was the son of the late Russ and Helen Peterson. He was a loving and devoted husband and father. Russ was known for his good sense of humor and his contagious laughter among friends.

Surviving is his wife of 60 years, Louise Peterson; two daughters and a son-in-law, Lisa Peterson of Savannah, and Linda and Tom Douglas of Severna Park, MD; grandchildren, Sabrina and Teddy from Severna Park; sister and brother-in-law, Kay and Bob Styrkowicz, and their children, Carolyn and Bob from the Chicago area.

Russ received his bachelor's degree from DePauw University in Greencastle, IN. He was employed with Allstate Insurance where he retired as a Regional Vice-President after more than 35 years of service. Russ loved playing golf with his buddies. He was proud of his two holes-in-one and especially enjoyed traveling to Scotland where he and his friends played the beautiful Scotland courses.  As Russ’s health deteriorated, his daughter Lisa and Sr. Wester moved to Skidaway Island to help care for her father. Russ will be dearly missed by all his family and friends.

Russ was a former president of the Landings Association, served on the Board of Marshes of Skidaway Island, St. Joseph’s Hospital Foundation Board, The Chatham Leadership Board, and was involved in the American Cancer Society. He was instrumental in the building of the beautiful bridge to Skidaway Island.  Russ also started a Parkinson’s support group that benefited many people.

Memorial service will be held at 10:30 a.m. on Thursday, June 9, 2022 at Skidaway Island United Methodist Church with Rev. Hail Bishop officiating. Inurnment will follow in the church garden.

We are so sorry for your loss.

May you be strengthened by holy spirit to endure the loss. Russ “rests” while we grieve. Our broken hearts will be mended completely when Russ returns in paradise. Jesus demonstrated his power to raise those “sleeping” in the grave with Lazarus and others. What a beautiful promise to see Russ in good health. John 5:28,29 With eternity in our hearts ,Christ sacrifice makes it possible for us to live again. There will be no more pain, sickness, or death. Rev 21:3,4 please be comforted . JW.org “Enjoy Life Forever” Christian Love, Sandy Wirfs

I will deeply miss you, Russell. You were always the best big brother and I was always so proud of your accomplishments in life. Rest in peace with our Lord. Your loving sister, Kay

Dear Louise, Jeri and I are so very sorry to hear of Russ' passing and offer our sincere condolences, thoughts and prayers to you and your family. May he Rest in Peace and may you all be comforted by the many warm memories you shared over the years you were together. He was a fine gentleman, leader and friend. I enjoyed staying in touch through Facebook and noticed his recent absences, which worried me. We pray for you and your family and share your grief. God Bless you and the family! Love, Tom and Jeri Tippett

My thoughts and prayers are with you Louise and Lisa, and your family. May God comfort you through this difficult time. Sending you much love. Michelle

So sorry for your loss.