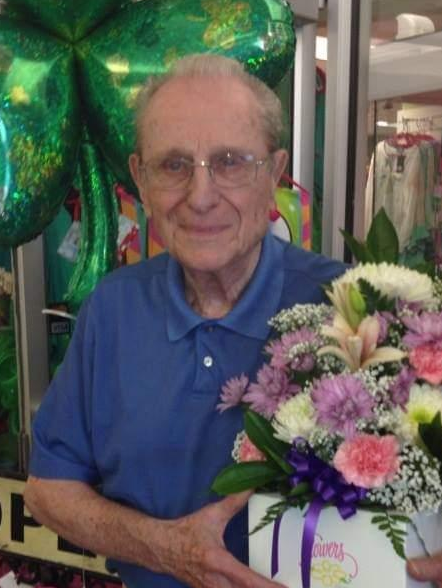 Robert F. (Bob) Vollack, born in Hackensack, New Jersey, passed away in Savannah, Georgia on May 3, 2022 at the age of 94 following a prolonged battle with dementia. He was predeceased by his parents Ferdinand and Pauline Vollack and his beloved daughter, Paula Vollack Holliday. Bob leaves behind his wife Carol; daughters Donna, Lisa, and Krista; grandchildren Lauren, Mary Ann, James, John, Annika and Kyle; and great-grandchildren Haley, Holly, Hadley, Harper, James, Cecilia, and Marley.

Bob graduated from the United States Merchant Marine Academy (USMMA) in Kings Point, New York in 1949, with studies focused on marine engineering and naval architecture. After several years sailing the world with Farrell Lines, he was proud to make American Bureau of Shipping (ABS), a ship classification society, his professional home throughout his entire career. As a surveyor on the New York Technical Staff, he found his life’s passion in saving lives, property and the environment by applying and developing technical specifications for the construction and repair of vessels. Recognized for excellence in engineering and leadership, he transferred to the Cleveland, Ohio office Technical Staff, where he became principal surveyor for the Great Lakes. In 1972, Bob had the great pleasure of spending seven years in the London office as principal surveyor for Western Europe. There, his warm, soft-spoken, diplomatic style earned him the moniker “The Quiet American.” During this time, the Vollack family enjoyed some especially happy times and travels from their home base in Oxshott, Surrey. He concluded his ABS career as vice president in the New York office until his retirement in 1988.

His professional affiliations included the Society of Naval Architects and Marine Engineers and the American Society of Naval Engineers. In 1994, he was honored to receive the Outstanding Professional Achievement Award from Kings Point as a graduate who exemplifies the finest tradition of the Corps through achievement in his field.

Although Bob’s professional achievements were many, the achievement of which he was most proud was marrying his great love, Carol Hoogesteger Vollack. They were married on May 2, 1953 and were able to share their 69th anniversary milestone the day before he passed away.

Bob was a proud dad who taught his children the value of education, respectful negotiation and expressing gratitude. One of his greatest pleasures was surprising people with flowers and a thank-you; he would bring a bouquet to his wife’s hospital team, the helpful clerk at the grocery store, or the staff at the dentist office to let them know their dedication was appreciated. In recent years, when his memory was less reliable, he connected with people through his joy of music. When Bob started to lindy, he could change the pulse of music night from quiet appreciation to a dance party. He was an avid golfer, a lover of puns, a root beer float connoisseur, and Sunday morning breakfast chef who displayed the bacon and toast at perfectly engineered angles.

Bob’s family would like to express their deep gratitude to staff who quickly became family at Savannah Square, The Oaks at Habersham and his angels from Pruitt Hospice. To honor Bob’s wishes, there will be no funeral service. Instead, his family invites you to please celebrate his memory by doing something kind for others, or if you wish, by donating to the United States Merchant Marine Academy or to an educational institution of your choice.

Carol and all the family~ I have so many great memories of Bob, but I think most fondly of the week Carol & Bob & I spent together during Hurricane Floyd! Carol and I were fast friends from our first phone call, but that week cemented our family relationship forever. Carol - remember Bob and the Stilton Cheese!! You are all in my heart and always will be.

I am so sorry for your loss. I only knew him through Krista but, from knowing her, he must have been a great father, husband, and person. He will be with you always.