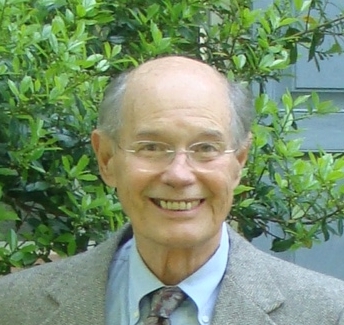 Barry was born in Chicago, IL  to the late Dorothy Kelly and Roy Carlson Lubeck. He spent his youth in West Palm Beach, FL, where he attended St. Ann’s School and met some of his best and lifelong friends. He graduated from Florida State University in 1958 with a B.S. degree in Personnel Management and Economics. Barry served 8 years in the U.S. Naval Reserve. He started working as a paperboy when he was eight years old and completed his last job this February. His work ethic brought him great joy.

Barry moved to Savannah in 1970 where he owned and operated the Savannah Beer Company and Skidaway Ace Hardware. He later became a Certified Credit and Housing Counselor at the Consumer Credit Counseling Service of Savannah. He ended his career working at one of his favorite jobs, The Savannah Visitors Center. He served on the Board of Directors of the National Beer Wholesalers Associations, was a proud member of the sideline chain gang at Savannah Country Day football games, was a Past President of the Better Business Bureau of the Coastal Empire and a Past Captain of The Savannah Quarterback Club. He was a kind hearted man who loved to smile, tell a story and make people laugh. Some of his favorite memories were made with his friends on trips to the horse races in Kentucky and beyond or with his dogs whom he loved so much. He enjoyed eating ice cream and Krispy Kremes, watching FSU football,  and playing cards with his grandkids.

In lieu of flowers the family suggest a donation be made in Barry's memory to  Savannah Speech and Hearing Center, 5414 Skidaway Road, Savannah, GA 31404.

Barry was a great person and friend. He will truly be missed. David B. Harn

Sending love and hugs to your family. He was a very special person and always made me smile. Rest In Peace Uncle Barry. I know your buddies Wade and Frank, are happy you are all together again.

Barry and I went to high school together along with Bernie McCann and 53 other classmates. Bernies wife Carolyn and I have lost a good friend. Our sympathy to his family who were wonderful too him, as his health declined. RIP Barry.

We have such great memories of Uncle Berry through the years. What an amazing guy who always had kind words for everyone and a special twinkle in his eye. Our thoughts and prayers are with the whole family as you celebrate his life.

My condolences and sympathies to the family. Barry was a wonderful person and I had the pleasure to work with Barry for years and from there a great friendship formed. His smile, great personality, knowledge and love for his family and community cannot be matched. He will be truly missed by all.

Barry was one of my favorite people on the planet. I had the pleasure to work with him and we became friends. He was one of the wisest people I have ever met and was willing to share his knowledge with others. He lived an amazing life and has a beautiful family that he love very much. I will miss him and am a better person for knowing him.

Sorry to see that Barry has passed away. Many great time with him through the years. Good guy. Blessings to his family.

I'm sorry to hear of Barry's passing. We were friends who worked together at CCCS in Savannah. I'd like to send our condolences to Judy and their family. Paul and Jo Westbrook Brunswick, GA