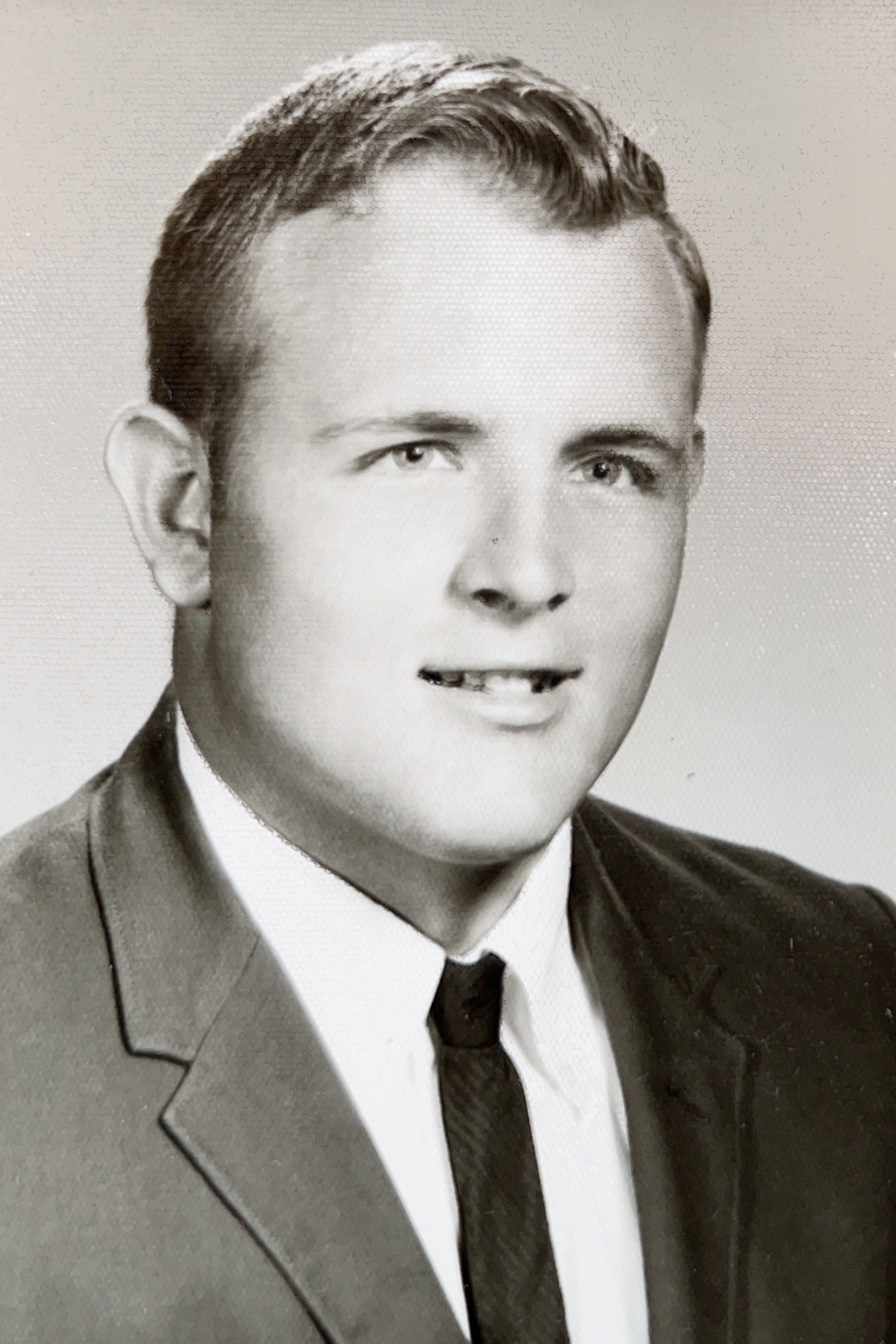 John Matthew Wells, 80, of Lawrenceville, GA died March 13 under the care of Hospice at his home surrounded by his wife, both daughters, and son-in-law.

Johnny was born February 20, 1942, in Savannah, GA and was preceded in death by his parents Matthew Henry and Margaret Hillis Wells.

He graduated in 1960 as Senior Class President from Savannah High School where he played baseball and was captain of the football team. After high school, he went on to attend The University of Georgia on a full football scholarship and was a long-standing member of the University of Georgia’s Wally Boys group. He graduated with a Bachelor’s degree, and then went on to receive his Master’s degree and Specialist's degree.

Johnny’s greatest passions were his family, coaching and teaching.  The pride for the three ladies in his life was inspiring and admirable.  His career began at Groves High School in Savannah before moving on to Atlanta to spend 27 years as a cherished teacher and coach at Shamrock High School in Decatur, GA.

He was a devout member of Pilgrimage Presbyterian Church, where he served as a Deacon and Elder for many years until its closing and then a member of Hamilton Mill United Methodist Church.

He is survived by his beloved wife of 57 years, Beverly Thornton Wells of Lawrenceville, GA; his daughter and son-in-law, Wendy and Richard Feis, and their children, Matthew, Sophie, and Noah of Marietta, GA; his daughter and son-in-law, Christy and Ian Armstrong, and their children, Lindsey and Wells of Lawrenceville, GA; his sister, Jane Loper and her husband, Darrell Loper, of Savannah, GA.

The funeral service will be at 11:00 am on Friday, March 25, at Bonaventure Cemetery in Savannah, GA.

Remembrances may be made in his memory to The American Cancer Society.

Sorry to hear about Johnny. We went to school together. He was a sweet heart. May God comfort the family during this time.

Sorry to hear of John’s passing. I was a teammate of John in several sports at SHS and he was a team leader. My thoughts and prayers are with the family at this time

So sorry to hear of John's passing. We were all blessed by his presence and leadership. Team mate SHS '59

My heart breaks with you but rejoices at his healing and reunion in heaven. Love, Barbara….. until we meet again….

I graduated from Shamrock in 1973. Coach was an inspiration and truly help guide me through those teenage years when life can be made or broken. Grateful for his service and my memories with him and his sense of humor.

Beverly. I was so sorry to hear about John. My thoughts and prayers are with you and your family.

SORRY TO HEAR ABOUT JOHN MAY HE RIP JOHN MELL

This breaks my heart. Coach Wells as well as Coaches Mike East and Warren Sutherland were all deeply and personally responsible for me growing up and being a responsible person. John taught me how to be a man and how to do the right thing. He was a hard ass and I loved him for it...we all did at Shamrock. I have always looked for John in a crowd just so I could give him a great big thank you. I cant believe he's gone before I could find him. Coach Wells, thank you for all you taught me sir. I will remember you until my last day. :(

He was my favorite football coach at Shamrock along with coach Chadwick. I remember 2 a days and it being hot and he’s come drip some cool water on your neck and give you a word of challenge or encouragement. He was my shop teacher as well and always something funny to say. Hard to believe the time has passed so fast. RIP coach.

Sorry to hear about Johnny. May God give peace to the family.

I still have the drawing of the screw jack he had us make in his drafting class in 1988, framed on my wall. He always called me "Dirty Al." One of my favorite teachers.