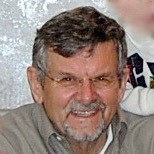 TO VIEW THE LIVESTREAMING OF THE SERVICE, PLEASE CLICK ON THE FOLLOWING LINK.

Jack Knops, Ph.D. of Savannah, Georgia died on February 5, 2022 at the age of 84 peacefully at home with his loving family at his side.  Jack was a clinical psychologist who retired as Chief Psychologist from Georgia Regional Hospital at Savannah in 2003 and subsequently spent several years in private practice in Savannah.  Jack had a keen intelligence, abundant curiosity, quick-witted sense of humor, and a passionate commitment to fairness and equality which made him always interesting and fun to be with.  He was also an avid bicyclist, having grown up in the Netherlands, and until July, even after his diagnosis of metastatic small cell carcinoma, was still riding his bike 23 miles through Savannah two or three times a week.  He was a loyal and loving father, grandfather, and husband who never missed a birthday or a chance to express his love and pride in his family.

Jack was born to Guillaume and Tina Knops in Beek, the Netherlands on October 25, 1937. He grew up in Beek with his four younger sisters: Ria, Tiny, Ans, and Lene.  When he was a young boy during the Second World War, his home was occupied and shared first by German soldiers and later by American soldiers.  These war experiences shaped and permeated his beliefs and values throughout his life.  After high school he was conscripted into the Dutch army, where he met many people from outside his small sphere and was inspired to pursue advanced education, which eventually led him to graduate from the University of Nijmegen and then from the University of Kansas in Lawrence with his Ph.D. in Clinical Psychology.  He was employed at Topeka State Hospital (1974-1983) and then Memorial Hospital in Topeka as Director of Psychiatric Services (1983-1989).  He lived in Lawrence from 1962 through 1986 (with a return to the Netherlands from 1970 to 1974 to teach at the University of Groningen), where he and his former wife, Fransje Knops, raised their two sons, Joost and Peter.

In 1989, he followed the lure of living near the ocean and sailing and moved to Savannah, Georgia.  He loved living in Savannah and the neighborhood of Fairway Oaks, where he contributed much time and effort over the years in leadership roles with the Fairway Oaks/Greenview Neighborhood Association. He was also an active member of the Power Squadron sailing club for a number of years.  He and a handful of other concerned and committed citizens formed the Preserving Savannah Neighborhood group in 2006 and were instrumental in the development of the DeRenne Project and in preventing transportation and zoning decisions detrimental to the quality of life and historic character of Savannah neighborhoods.  He was an active member of the Coastal Bicycle Touring Club and spent many happy hours on long bike rides with the club around the Savannah area and in other locations.

Left to honor his memory are his wife of 29 years, Karen Dunford; sisters Ans (Sjra) Wouters and Lene (Sjef) Mevis of Geleen and Spaubeek, the Netherlands; sons Joost (Gail) Knops of Bellingham, Washington and Peter (Barbara) Knops of Overland Park, Kansas; grandchildren Alex, Arie, and Natalie Knops of Bellingham, Washington and Anneke, Nate, and Ben Knops of Overland Park, Kansas; his former wife and good friend Fransje Knops of Lawrence, Kansas; stepdaughters Jane (Brian) Dunford-Shore of St. Louis, Missouri, Mary Tenbrink of Topeka, Kansas, and Sarah Richbourg of Savannah, Georgia (and her former husband Jeff Richbourg of Jupiter, Florida); step-grandchildren Nick, Sarah, Kelsey, and Luke Tenbrink of Topeka, Kansas and David Richbourg of Savannah, Georgia; and many other beloved family members and friends, including sister-in-law Kathy (Gene) Garthe of Northport, Michigan and brothers-in-law Sam (Cheryl) Wilson of Midland, Michigan, Chuck (Carol) Wilson of Meriden, Kansas and Pat (Lori) Wilson of Northport, Michigan. He was especially close to his grandson David because of the great privilege he had of being a “hands-on” Opa (grandfather) since David’s birth.  He was very proud of all of his children and grandchildren and nothing gave him more pleasure than spending time with them.

The family is extremely grateful for all the help and support given to them during this time; in particular by sister-in-law Kathy Garthe, stepdaughters Mary Tenbrink and Sarah Richbourg, and GHC Hospice.

Funeral Service will be 11:00 a.m., Saturday, February 19, 2022 at Fox & Weeks, Hodgson Chapel, with burial to follow in Greenwich Cemetery.

In lieu of flowers, please consider a donation to the National Audubon Society or a charity of your choice.

Dear Karen , I am so sorry to read about Jack. Please know you all are in my thoughts and prayers at this sad time. I had not known he had been sick. I enjoyed working with him at GRHS over the years. Love, Carolyn Emerick

Dr Knops was educated from experience as well as the university. He was aware of the true situation of the world and humanity to want something better. Sadly, his dream was temporarily interrupted only to be realized in perfect conditions as originally intended. His joy will be complete in paradise as he loved the earth. Isaiah 26:19. Please be comforted , JW.org “Enjoy Life Forever” Love & Prayers, Sandy

We are so sorry for your loss - Jack was loved by everyone who knew him in the Coastal Bicycling Touring Club. I had the great privilege of having many conversations about our mutual interests.

Dear Karen and family, My most sincere condolences for the loss of Jack. He was a dear friend and riding buddy with many good times spent with Jack on CBTC rides. May God bless him and your whole family. Will see you at the services.

Dear Karen, this world has truly lost a caring, compassionate man who will be missed by all of us. He will not be forgotten. You will honor his memory by staying who you are. May he Rest In Peace. Love Joyce

Dear Karen, this world has truly lost a caring, compassionate man who will be missed by all of us. He will not be forgotten. You will honor his memory by staying who you are. May he Rest In Peace. Love Joyce

Karen. I am so sorry for your loss. Jack was such a sweet man. He was very highly respected by his co-workers. Praying for u. Diane

Karen, I am so sorry to learn of Jack’s passing. I worked with him for many years on the Fairway Oaks Board, Preserving Savannah Neighborhoods, and Project DeRenne. He was truly an extraordinary man. I remember many meetings in your home, which you were so gracious to allow us to do. I will be praying for you and all of his family, for peace and comfort at this sad time.

Dear Karen, Our lives on Brightwood Dr. will never be the same. We will miss Jack's curious and kind presence. We will cherish the many great memories we have of him. With love and support, Julia, Rob, Konstantin & Anton

Karen, We are sorry for your loss and wish you great comfort provided by your family and friends.

Karen, We are sorry for your loss and wish you great comfort provided by your family and friends.

Dear Karen, My condolences to you and your family. I remember so well the dinner at your home, and Jack as a warm, caring person, and such a gracious host. You will of course miss him terribly, and I wish you all the best. Love, Catherine

Dear Karen, I just learned of Jack's passing and am so very sorry to hear this. My thoughts and prayers are with you and your family. Jack was a wonderful person and his spirit will forever be in your heart.