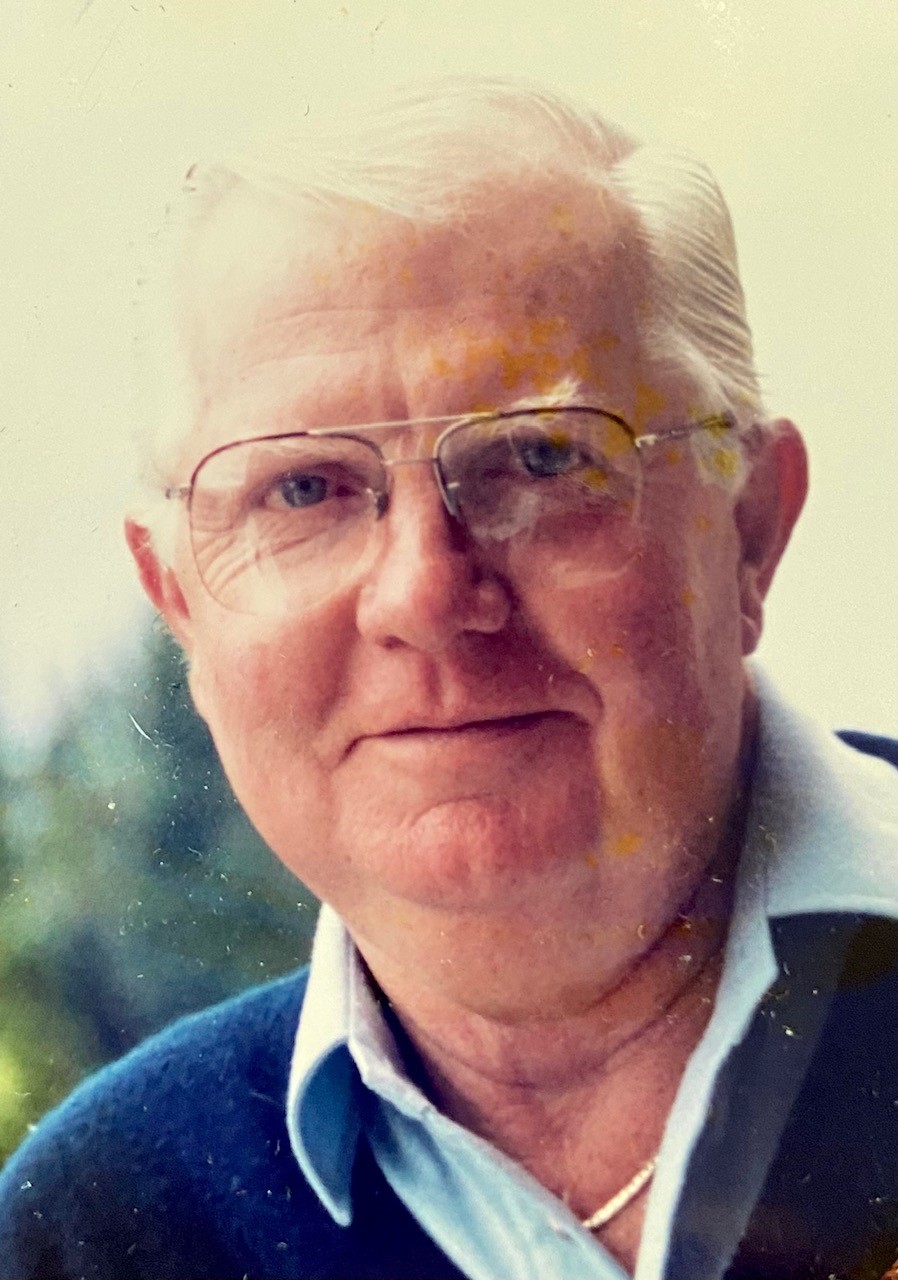 Walter Hugh O’Leary passed from this life to his place in heaven on February 1, 2022.  Born in Waltham, Massachusetts on December 26, 1937, Walter was the eldest son of John and Anne (MacInnis) O’Leary and brother to Catherine Spillane and John O’Leary (all predeceased). Walter grew up in Watertown, Mass where he attended St. Patrick’s High School.  He then earned a degree from Boston College where he was a member of Alpha Kappa Psi.

Upon graduating from college in 1960, Walter married Shirley Anne (Sampson), became an Army Reservist, and began his nearly fifty year career in the garment industry where he last worked as National Sales Executive for Penbrooke Swimsuits in New York.

Walter enjoyed his many friends with whom he was known for his quick wit and Irish wisdom and enjoyed a frequent round of golf.  For Walter, golf was a lifelong passion that began when he was a young teenager caddying at Charles River Country Club in Newton, Mass.  He regarded golf as a means to bond family and friends and impart character.  Walter was a longtime member of Metuchen Country Club in New Jersey where he served as a President and won a Senior Club Championship. At the Landings in Savannah, Georgia, Walter was a member of the Blitz group among others and had the good fortune to win a few Legends of Golf titles.  He served on the Georgia State Golf Ratings Procedures team.

Walter was devout in his faith and tried his best to live by the Lord’s example.  He was especially proud of his associations through the years with various Catholic charitable organizations and with his volunteer work with L.O.V.E. Mentors as an elementary school educator in Savannah-Chatham County schools.

We are sorry to hear about Walter's passing, but rejoice in his passing to a just reward. We will remember him in our prayers. May his memory bring a smile ☺ to your face.

Dearest Shirley, Maureen, Brian , Kevin and families. Kevin and I send you heartfelt condolences and love on the passing of Walter. You are in our prayers and thoughts. May you always remember the happy times with Walter. Joan and Kevin Sangster, Dartmouth, Nova Scotia

Dear Shirley and family, You have our our sincere condolences on the passing of your dear Wally. We hope your many fond memories with Wally and your faith will bring you comfort during your loss. Our love and prayers to you all, Chick (JH) and Shannon

You know how much John &I enjoyed our Sat.nights dinner.Loved Walter’s Boston stories true or not.My prayers are with you both.In Fl. Will send Mass card when I return in Spring

He was a wonderful husband to you Shirley and a wonderful friend. I was lucky to have known him and am so sorry to hear of his passing. Fondly, Adele

So sorry to hear of Walter passing. His life story was wonderful reading.

Shirley and family, we wish you our sincere condolences. We had the good fortune of working with Walter at Penbrooke Swimsuits for several decades. Walter was a wonderful friend, a great leader, a superstar sales manager, and an all-around great human being. He was loved by associates throughout our company and customers throughout our industry. As a CEO of Penbrooke, I know I can speak for everyone and say "We love you Walter"!