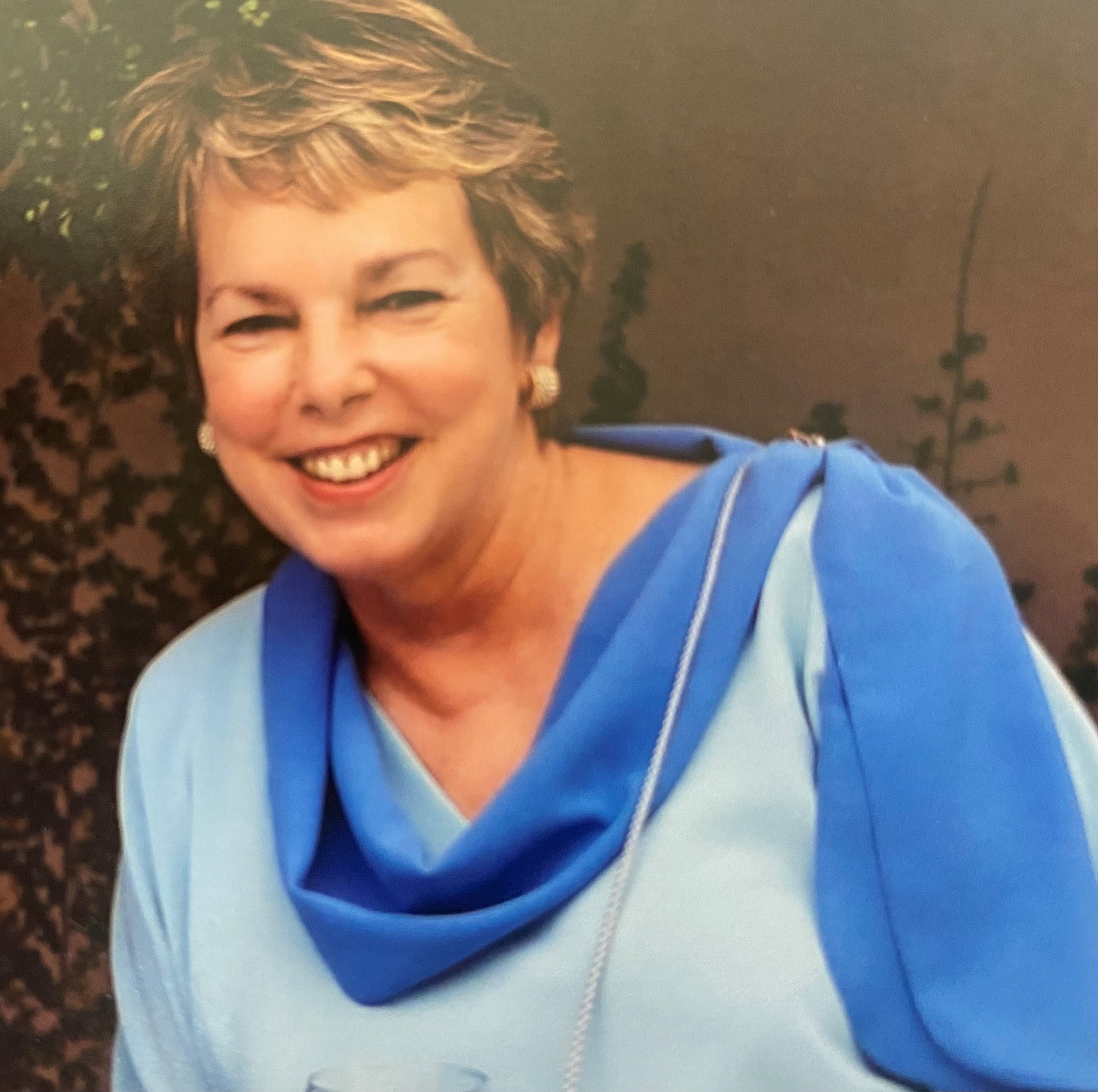 Jane Patricia Burns, died peacefully on Sunday January 23, 2022 in Savannah, GA with her husband and son at her side.

To know Jane was to know love.

Jane was born in Philadelphia, PA on November 26, 1943, the daughter of John Francis "Jack" and Philamay (Deangeles) Flanagan. Jane was raised in Drexel Hill, PA along with her older brother John, and younger siblings Philamay ("Biz"), Patricia (Patsy) and Frank. She graduated from Archbishop Prendergast high school in Drexel Hill in 1961.

Following high school, Jane obtained her nursing degree. She later moved to Washington, DC where she would meet her future husband, David M. Burns, at Georgetown University Hospital in 1969. They were married the following year on March 21. She and David had their only child, David Jr., in November of 1970. Jane and her family would spend most of the next 40 years in Alexandria, Virginia. Jane worked as a pediatric nurse her entire career until her retirement in 2005 and her husband as a pharmacist until his retirement the following year.

In addition to her career, Jane was a devout Catholic.  She was a tireless volunteer for numerous organizations including as a CCDC teacher, President of Hingham, MA Newcomers, and member of The Twig of Alexandria, VA. Jane had an insatiable green thumb and obtained her certification as a Master Gardener in Alexandria.

In addition to her devoted husband of 51 years and son, Jane leaves behind two granddaughters whom she loved with all her heart, Vivian and Laura Burns, their mother Jennifer, her siblings John, Patsy and Frank, 15 nieces and nephews, numerous brothers and sisters in-law, and countless cherished friends across the country.

In lieu of flowers, the family is requesting donations be made to  St. Jude's Children's Research Hospital in her memory.

Happy to see your smiling face.You were such a Happy girl and were so special to all your friends in Hingham and you never let us go.You and Dave were just the best friends to us and we enjoyed every minute we were able to spend with you in Hingham and Martha’s Vineyard. Our sympathies to you Dave and your family. Much love Liz

I will always remember your smiling face and your hearty laugh with just a little bit of mischief mixed in. You and Dave were so generous to have "the ladies" visit Martha's Vineyard each year. You helped create wonderful memories for all of us. My sympathy to you Dave and your family. May your fond memories sustain you through this difficult time. Love, Ann

What a blessing it is to know and love Jane, her warm laughter, unconditional love, kindness, and generosity. She shone love freely on others, human and canine alike, making everyone feel special. A beautiful soul, inside and out, and an example to inspire and emulate, in so many ways. She will be dearly, dearly missed. Holding Dave Sr & Jr in my heart and wishing you peace and comfort beyond understanding. With love and deepest sympathy, Janet

So sorry for your loss David our prayers are with you and your family. Daniel and Debbie

So many memories of Jane-her love for her family, dog lover, good cook, creator of warm, happy home(s), flowers and gardening, and hostess to many, many friends. And her smile was always there in welcome. Remember when Jane . . .there will be lots of sentences beginning that way in time. Just now it is painful to say goodbye.

The peace and love of Jesus to the Burns family.

When we were single, we worked together and played together We had so many wonderful memories We kept our friendship over the years I loved her and miss her My sympathies and prayers go to David and Dave Jr

Jane was such a wonderful person--I knew her for most of my life--skiing with her at Stowe, enjoying time at Martha's Vineyard, spending time in Alexandria and my parent's home together. She was so supportive, loving and giving. Jane made me and my family feel at ease when we were with her. She opened up her home to me and my husband when we were new parents and gave us so much good advice. Sending my family's love and sympathy to Dave and David. We will always miss her and feel very lucky to have had Jane as part of our lives.