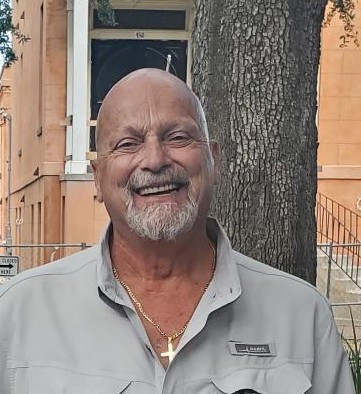 Jerry Douglas Sindler, 71, passed away Monday, January 24, 2022 at Candler Hospital.  He was born December 2, 1950 in Illinois to Jerry C. and Wava Stump Sindler.  Jerry worked for Parson’s Corporation at the Savannah River Site.

Jerry was a wonderful man and would light up any room he entered. He will be missed.

My thoughts and prayers are with the Sindler family. Jerry was a great co-worker. He was always congenial, helpful, and knowledgeable about his work. His sharp sense of humor will also be missed. He was a friend to all he met.

Jerry was one of the first people to welcome me when I started at SRS many years ago. He was always smiling, always asking how I was doing and if I was ok and would definitely light up any room he walked in and made many of my days brighter. Many long talks about work, family, etc. He will be greatly missed!

I am so saddened to hear about Jerry’s passing. My prayers are with you and the family.