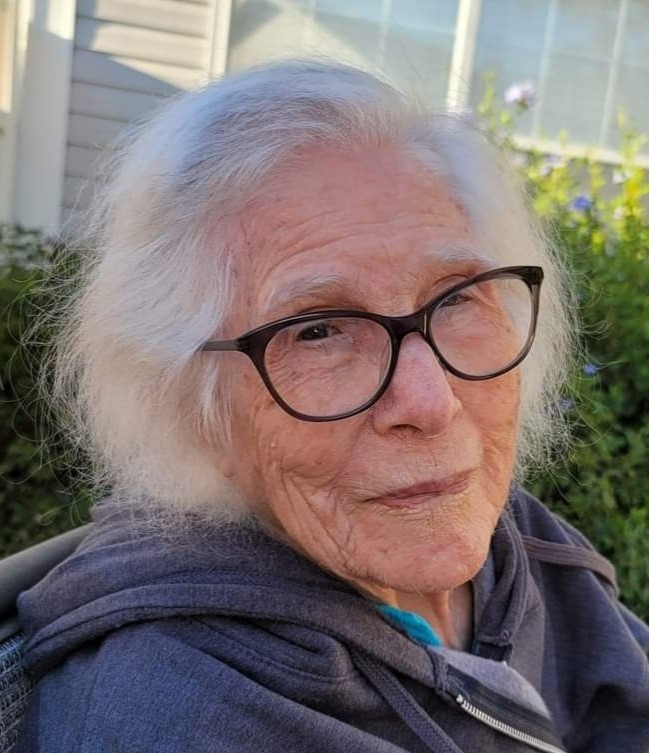 Vera Deal was a small and mighty person who was beloved by her family and will be well missed. She required very little of life and returned more than her share of good to the world. Her intelligence, kindness, and unfailing can-do attitude carried her through her long life. Upon graduating high school, she left the tiny town where she grew up to move to the big city of Memphis on her own to pursue a career during World War II. There, she put herself through business college and worked as a stylish office manager until she married her husband, Kenneth LeRoy Deal. Their first child, Deborah, was born in 1949. Vera cared for Deborah at home while Ken went to serve in the Korean War. Subsequently the family moved several times for work, which Vera handled with grace. Their second child, Ken Jr., was born in 1959 in Charlotte, where Vera would live for the next several decades. In the 1960s she rejoined the workforce after an interval of 20 years, helping the disabled and learning American Sign Language. She supported her children and raised them to be caring, compassionate adults who are engaged with the world and kind to animals. Perhaps her greatest joy came with the birth of her only grandchild, Lauren, in 1983. She was a constant positive presence in Lauren’s life and leaves a great void there. An avid gardener and intrepid bridge player, Vera loved animals immensely too. She had many pets over the years. Her last cat, Mali, preceded her in death by one week and was thus waiting for Vera as she slipped away peacefully in her sleep at the age of 97.

Vera is survived by one daughter, Deborah, one son, Ken, both of Tybee Island, one granddaughter, Lauren, of Rincon, sisters Dorothy, Pansy, and Violet, and numerous nieces and nephews who live across the country, all of whom think of Vera often and miss her more than words can convey.

Per Vera’s final wishes, there will be no ceremony. We ask that in lieu of flowers, donations be made to your local animal shelter.