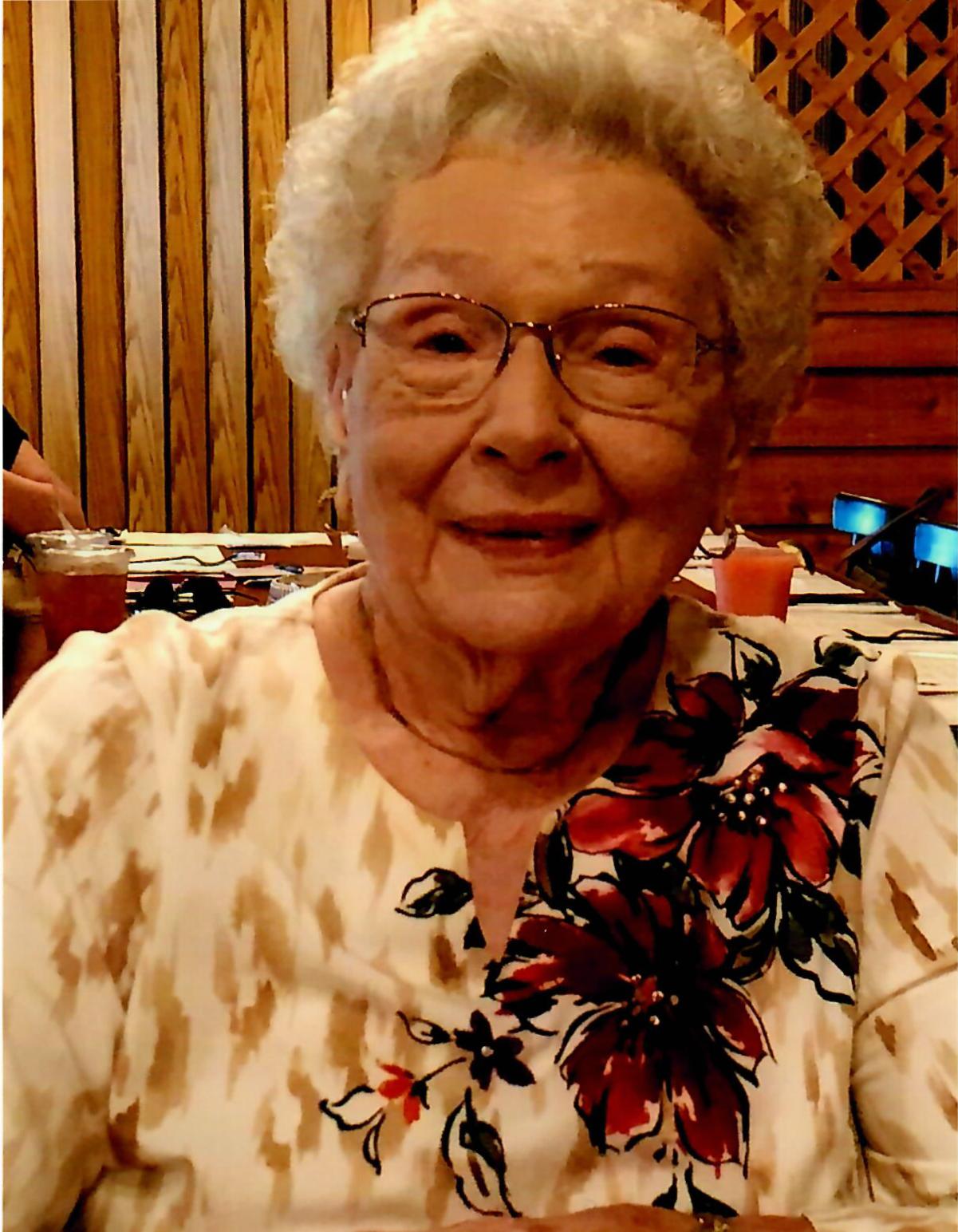 Carrie Henderson, 96, of Savannah passed away in the early morning hours of December 28, 2021, at Harmony Assisted Living.

Carrie, a Sears Retiree, was born in Goodwater, AL on May 19, 1925, daughter of J.W. and Inez Lacey. She was the oldest of four daughters and the last one to go home to our Lord.

A 1942 graduate of Winterboro High School, she married Jack I. Roberts on January 6, 1945, at the end of World War II. Carrie and Jack moved from Columbus to Savannah for Jack’s employment with Union Camp. They were parents to three girls and one son. Carrie was a stay-at-home Mom until Jack’s health started to fail. Jack Roberts died January 1970.

Six years later, Carrie married Marvin Henderson and they celebrated 28 years together. Carrie and Marvin were members of Southside Baptist Church, active in their Sunday School Class, enjoying many friendships. Carrie was a skilled gardener, a seamstress, and had a great sense of humor! Marvin Henderson passed away June 2004.

Funeral will be Friday, December 31, 2021, officiated by Dr. Allan Bosson. Visitation at 1:00 p.m. followed by 2:00 p.m. service in the Chapel at Fox & Weeks Funeral Directors, Hodgson Chapel. Burial will be in Hillcrest Abbey East immediately following the service. Prayers are requested for the Family for Peace, Joy, and Comfort as they adjust to life on earth without Carrie Henderson!

Anita & Sandra, Your mom was such a joy to know. I did enjoy seeing her each week when she came for her hair. We had some great conversations and she always let me know how she felt about different topics.She always spoke her mind! I’m sure going to miss her. May she Rest In Peace in the arms of Jesus. With love, sympathy and prayers for you, her daughters. Anita & Richard Morgan

Anita, Sandra, and Jack, I know how hard it can be to lose a parent, as do you all. My prayers are for your hearts to heal, and for you to be filled with joy for all of the happy memories you have of your mom. She’s smiling in all of the pictures of her; it’s obvious she loved her family and her life. God bless you all, Laura.

We are so very sorry for your loss.

Dear Anita, My thoughts are with you and your family at this time. May the many memories of your Mother always be with you as you start this new year without her. Jane Anderson