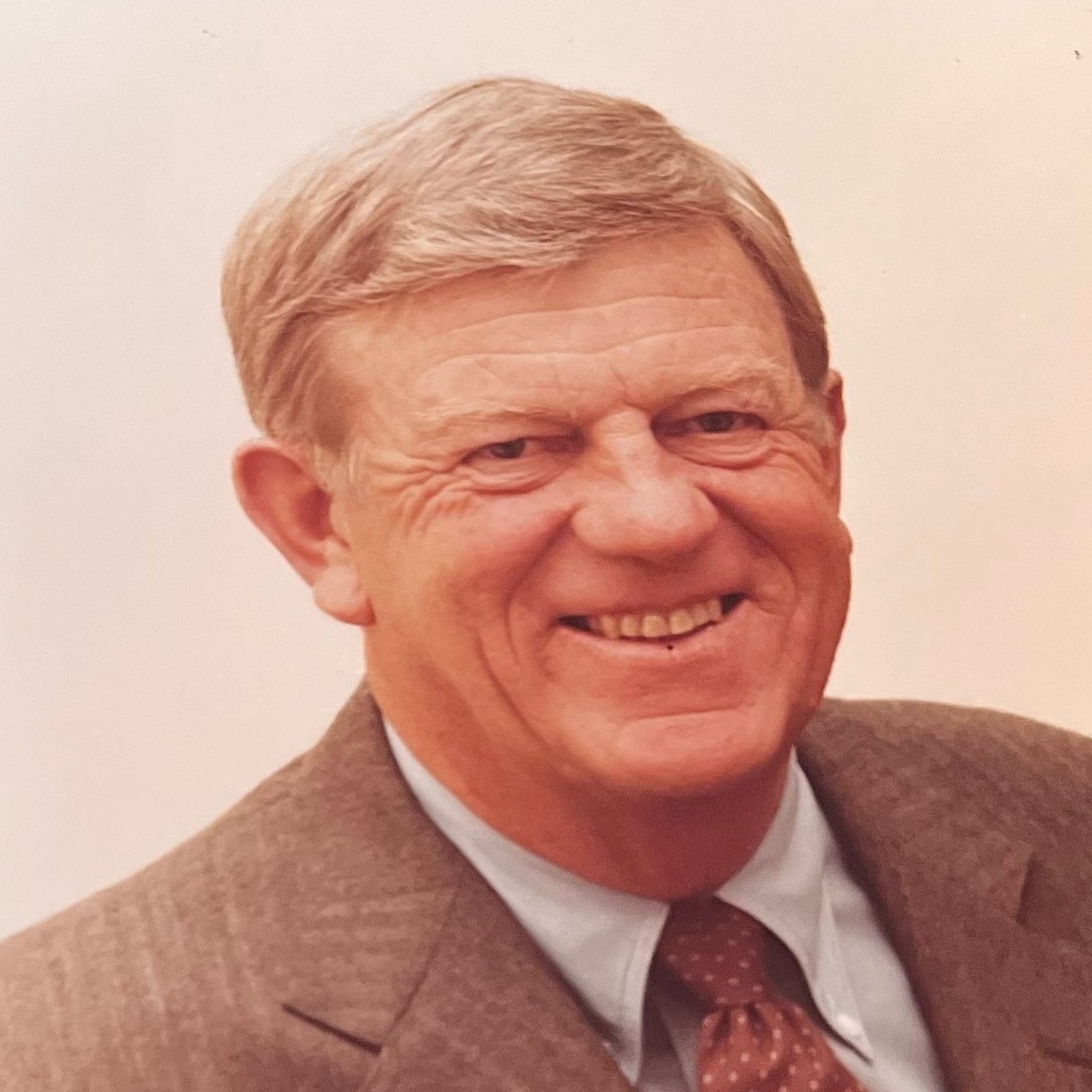 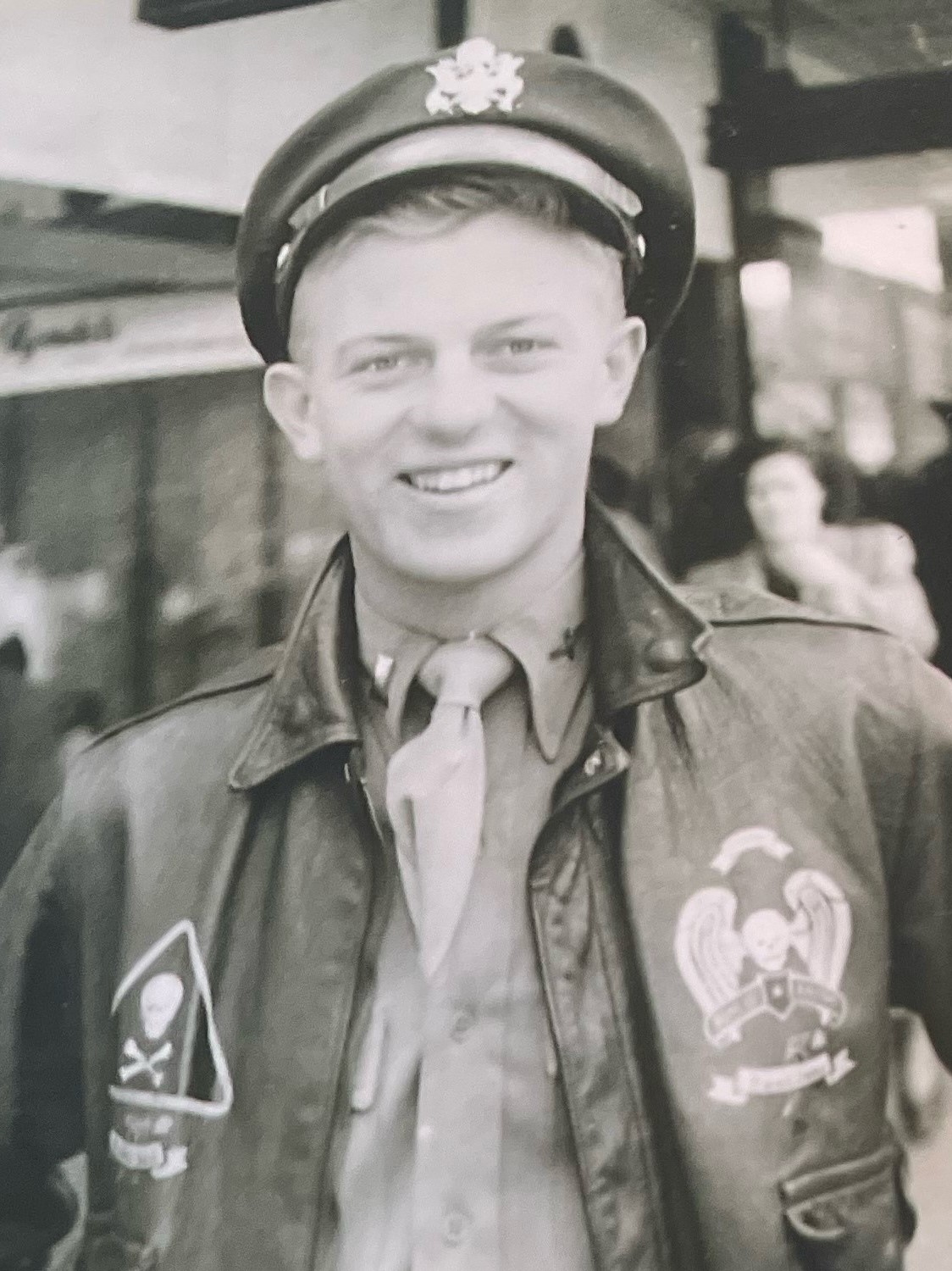 Courtney Ross Clark died peacefully at his home in Savannah, Georgia on December 28, 2021.   He was born on July 17, 1924, to his parents, James Patrick and Marjorie Clark, in Jacksonville, Texas. Courtney grew up in a multi-generational home in Troup, Texas, with his sister, Patricia, delivering papers on his beloved horse, Buck, working at the Johnson-Tucker Drug store and graduating as Valedictorian of his class of 1941 at the age of 16. Courtney attended Tyler Junior College and Texas A&M, then decided to enlist in the Army Air Corps Cadet Program in 1943. After bombardier training, he was assigned to the 31st Squadron, 5th Bomb Group of the 13th Air Force in the South Pacific. He flew forty missions in a B-24 in Guadalcanal, New Guinea, Admiralty Islands, and the Philippines.

After he was sent back to the US, he enrolled in the University of Texas where he studied geology, joined the Psi Kappa Phi fraternity where he served as President, was Foreman of the Texas Cowboys and was selected a Blue Bonnet Beau. In 1946, Courtney went to work for Humble Oil & Refining Co., later Exxon, where he spent his entire career until retirement in 1986.

Courtney met the love of his life, Jean Newman Clark, in his early days with Humble and they married October 5, 1950.   During Courtney’s forty-year career with Exxon, they lived in many small towns in West Texas, before moving to New Orleans, Louisiana, where their first daughter, Carolyn, was born. They eventually settled in Midland, Texas, where their second daughter, Sue Ann, was born. They lived in Midland for over fifty years, raising their daughters and being very involved in the community. Courtney served United Way, Junior Achievement, March of Dimes, Christmas in April and many others. He attended, sang in the choir and was on the Board of Directors at the First Methodist Church. He enjoyed playing golf with a group of friends at the Midland County Club into his eighties. Courtney’s greatest enjoyment came from his involvement with the Midland Community Theatre. He was a song and dance man and he performed in L’il Abner, South Pacific, The Music Man, My Fair Lady, the Fantasticks, The Best Little Whorehouse in Texas, Summer Mummers, as well as serving on the Board of Directors and in Hamhocks.

When the Commemorative Air Force established a museum in Midland, Courtney became very active with that organization, serving as a docent and organizing several air shows. He was also active in the 5th Bomb Group H Association, a group of WWII veterans who served together in the South Pacific. He served as President of the group for many years, Chairman of the Board of the 31st Bomb Squadron and organized and hosted many reunions all over the US.

In 2008, Courtney and Jean moved to Savannah, Georgia, to be close to family. He enjoyed his time in Savannah, attending grandson Lee’s various sports games, cooking delicious meals, and attending and singing in the choir at the Wilmington Island United Methodist Church.  He celebrated his 90th birthday with a party at a beach house at Tybee Island, Georgia, with old friends from Midland and new friends from Savannah.

Courtney was a fun, funny, kind, and generous man with many friends who enjoyed watching the Texas Longhorns (win or lose), golfing with his buddies, dancing with Jean, spending time with his grandsons and his nightly Jack and water. Dad, we love you and will miss you so much!

The Family would like to thank Dreamers Howell, Jazmine Bright, Anika Mike, Ayetta Davis, Dajah Bostick, Shanika Jones and Phillip Draughorne, Dad’s faithful companion and friend, for their loving care over the years.

Anyone wishing to donate in Courtney’s name may do so to the Midland Community Theater, 2000 W. Wadley, Midland, Texas, 79705 or the 5th Bomb Group Association c/o Russ Armstrong, Treasurer, 5459 Weaver Avenue, The Villages, Florida 32163.

The Men of the 5th Bomb Group (H) Association from WWII and their families send their condolences in the loss of their fellow warrior, Courtney! "We'll meet again, Don't know where, don't know when. But I know we'll meet again some sunny day."

I only got to know Courtney (and Jean) over the past recent years through the association with Joanne Emerick and the 5th Bomb Group. Courtney flew with my father during the war and it was a total blessing to have found him and share memories that he had of my father and their adventures. Courtney was a kind and loving person and I will always treasure our conversations and his friendship.

Courtney was kind man with a wealth of knowledge and experiences. I enjoyed listening to his war time stories,stories of his life in Troup, his adventures with Buck and how he met Ms Jean. My condolences to the family.

The Arringtons and Clarks became fast friends at the Kachina Lodge in Taos, NM where we gathered the night before our first session of Camp Summer Life (I was going into 3rd grade, my sister Cathy going into 5th grade, Carolyn going into 4th, and our brother, Mike, and Sue Ann were going into 1st grade). The NM gatherings continued for many years, then went back and forth from Midland, TX and Canadian, TX, then moved on to the University of Oklahoma where the 4 girls went and all 4 were Alpha Chi Omega Sorority sisters (Mike went to TX Tech). Then the Arrington/Clark gatherings continued on to graduations and weddings. Courtney was the last of our parents to go and our memories will last forever. We treasure our friendship that will live on in our hearts. Hugs and love to you and your families, Carolyn and Sue Ann. We are always in each other’s hearts! Courtney, Jean, George, and Jane are meeting up again in Heaven….the cocktails , stories, and love shared by our families will live on!

Sorry for your loss. I will be praying for your family.

I feel blessed and definitely grateful for the time and opportunity to spend with Mr Clark he was exceptionally kind and caring and generous I've listen to countless stories about his journey through his life from his earliest memory at age 3 til his last word spoken on Dec 28th,, he was my mentor and my friend . Go on Mr Clark and take your "well deserved" rest