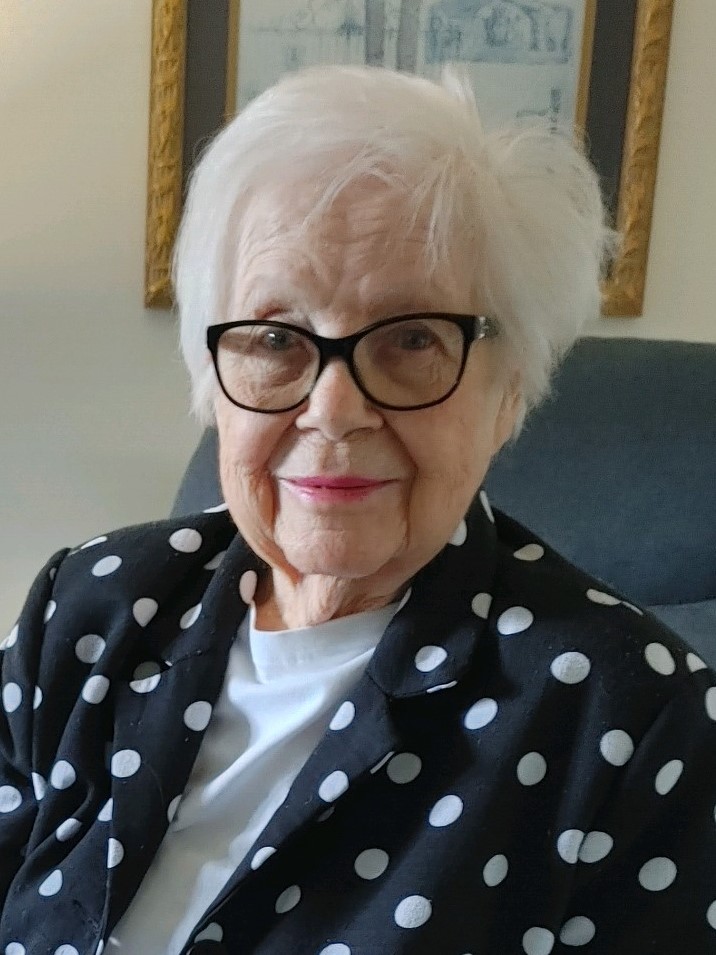 Shirley Sue Riegel Sautter, 87, passed away December 9th, with her family by her side. She was born to the late Ormington “Ott” Mears Riegel and Doris Marie Dixon-Riegel on August 2nd, 1934, in Findlay, Ohio. She is survived by her brothers, Richard Riegel, Columbus, Ohio and Robert Riegel, Carmel, Indiana and their loving families. Shirley is married to the late Paul Fredrick “Supersonic Sid” Sautter, of Bowling Green, Ohio a decorated Air Force fighter pilot. As Paul completed 137 Combat missions over southeast Asia, flew armed nuclear warheads during the Cuban missile crisis, and ejected from an exploding F-102 aircraft over the Upper peninsula of Michigan – Shirley was the rock…devoted wife and mother.

Shirley enjoyed creative endeavors such as writing a column for a local newspaper, calligraphy, and commercial floral design. She followed her favorite football and hockey teams. But, her most important mission was “raising 4 only children”, she would beam.

The beloved couple, will once again be united, interned at Arlington National Cemetery, Washington, DC.

Mike, Sandra and Skip, I am so sorry to hear about Grandma Shirley. I'm so glad I got to take her places when she was able. I'm going to miss her. I'm here at all times for ya'll. Love, Melenda

To Skip Sandra Mike and the family. I am so very sorry you had to say so long to your mother. I am glad I had the chance to meet her. She was a force to be reckoned with. You all made her happy and she loved and appreciated you. Prayers for you all. And may the road rise up to meet you and the wind be always at your back. Love, Erin

"grandma" was an amazing woman! I met her when I was in high school with her granddaughter, Zoë, and she included me in her family right off the bat. I was so happy that she was able to meet my daughter before she passed. I will definitely miss her very much!

She is my favorite grandmother and we were very close! I fondly remember staying every summer with grandma for a month. She would cook, watch cartoons with me, & take me shopping at my favorite store as a kid, Target! Every July she’s take me back to school shopping and spoil the crap out of me! In college she came to live with my mom and I and we got to bond in between classes & exams! Every morning she’d cook us Spinach omelettes to start the day strong. Every afternoon we’d watch “The Chew” together, laugh, and eat lunch! I’m so glad she got to bond with her great grand child Joey over this last year. While the baby was stuck in the NICU we lived in Savannah and she was the rock that she always was to help everyone stay strong. I could go on and on. She was a strong influential woman who had a big hand in raising me. I am forever grateful to have known her! Love you Oma! Xoxo

First of all I want to acknowledge my brother Skip Sautter for taking care of our mother with LOVE for many years. He kept her at home which extended her life. Skip unselfishly and with tremendous personal sacrifice followed our father's wishes, to "take care of your mother", to the very end. Our sister Sandra, opened her house to both of them when needed, and was also right there looking after Mom and Skip in Thunderbolt, until they had their own place just up the street the final year and a half of our mother's life. I also want to acknowledge the Riegel family, her parents "Ott" and Doris Riegel of Washington Courthouse, Ohio and her brothers Richard and Theresa of Cincinnati Ohio and brother Bob and Marla of Carmel, Indiana. Her family was everything to Shirley. I appreciate Richard and Theresa Riegel's help and guidance while I was a student at Miami University, Oxford Ohio. Richard gave me albums that were not even released yet, such as what we called the "Lynyrd Skynyrd White Album", with no cover photos or art, before release by MCA. Richard hand wrote in all the songs and liner notes. Richard was friends with rockers John Cougar and wrote articles for musical magazines. (Creme?). He actually had to crawl under a table to interview the band known as DEVO. (Red Flower Pots on their heads in early MTV days). Bob taught me how to shoot a jump shot in basketball, in our driveway in Orlando while Mom and Pop were in Hawaii on R&R, to give Pop a much needed break from the Vietnam War. We had a great time, Ott drove us to the Kennedy Space Center, I went fishing on the way in the St. Johns River and lost a big bass on a live shiner because my drag was too loose. It was hot, the dockman asked us if we had any water, and told us, "we'd better take something to drink, or you'll be drinking out of that minnow bucket before your done." It was July of 1969. Mom flew back from Hawaii. We watched the moon rocket with the first lunar landing go up from our front yard, and then the Riegles said goodbye and got in their bronze mustang and left Mom to deal with us 4 children... The Riegles were instrumental in my getting into law school, through Aunt Gertrude who was Treasurer for the state of Ohio.