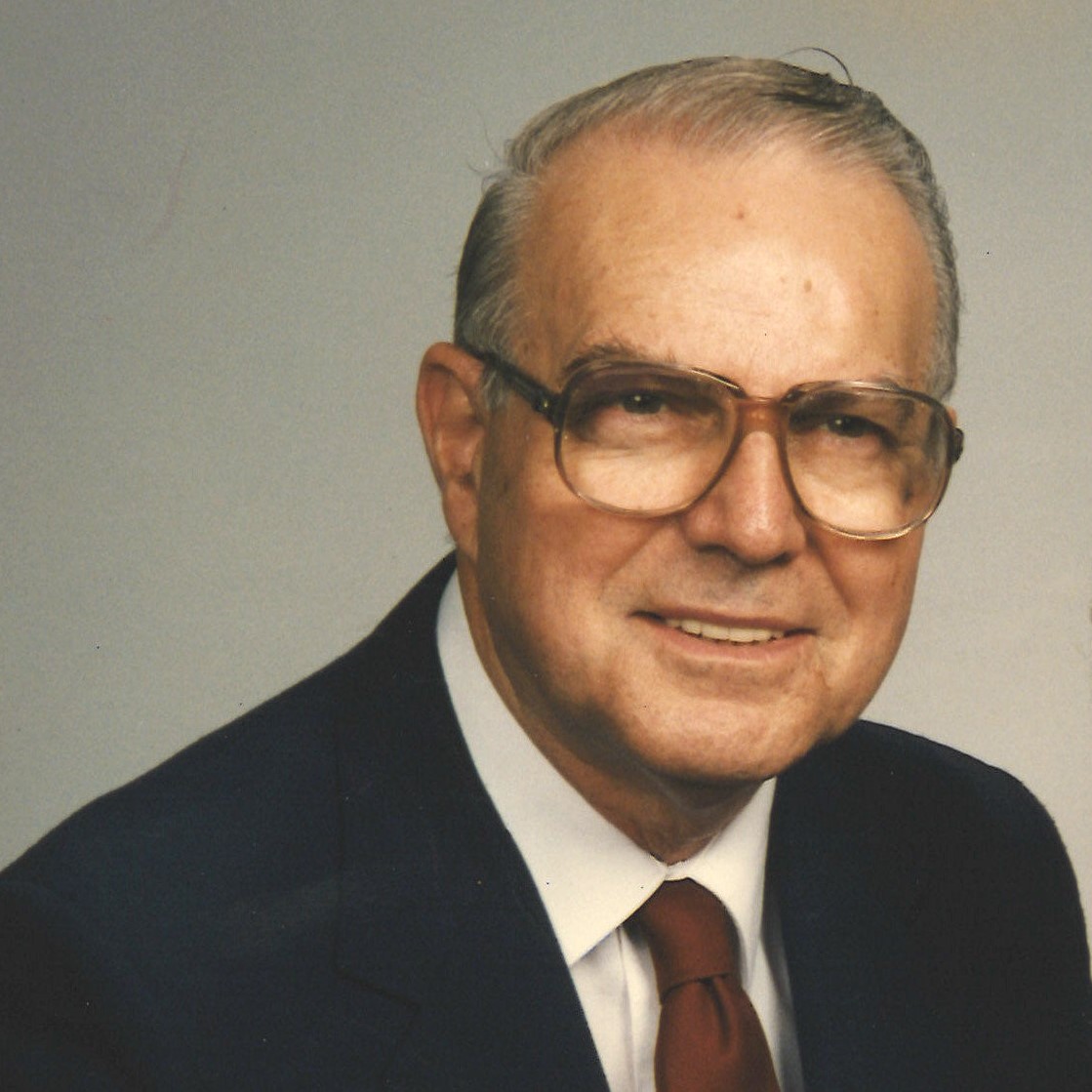 Charles Moses Waldrop, Jr. passed away peacefully on Wednesday, October 20th, 2021.  He was 102 years old.  Born April 26, 1919 in Charleston, South Carolina, he lived most of his life in Savannah.  He was the son of Charles Moses Waldrop, Sr. and Esther Hogan Waldrop.  He attended local public schools, graduating from Savannah High School in 1937 and Armstrong Junior College in 1939. In 1943 he married the love of his life, Elizabeth Crumbley, of Savannah.

During World War II he served four years in the United States Army.  He spent 18 months of that time in the European Theatre with the Eighth Air Force and was discharged in 1946 as a Major.

He graduated from the University of Georgia School of Pharmacy in 1950 and was a member of Rho Chi Honor Society.  He worked and co-owned Crumbley’s Pharmacy and was a registered pharmacist for 50 years.  He was active in the Georgia Pharmacy Association, serving as president of the First District.  He was a former member of the Savannah Jaycees and the Savannah Golf Club.

Mr. Waldrop was a member of First Baptist Church of Savannah since 1927 where he was named a life deacon and served in many capacities over the years.  He was a member of the Friendship Bible Class, leader of the Adult III Sunday School Department and also a member of the Classics. He was instrumental as a founder of Boy Scout Troop 35 which was sponsored by the Church.

Charlie’s life priorities of faith, family and service to others defined the way he lived his life.  His prayers were lengthy and heartfelt, always including his church, his country, family and friends.  All who knew him appreciated his wit, warmth and humor and amazing memory.  His attempts at making a “long story short” never succeeded, but his stories and jokes were legend.  He continued to learn all his life, purchasing a new computer at age 102.

A memorial service will be held Sunday, November 21, 2021 at First Baptist Church of Savannah located on Chippewa Square.  Visitation at 1:00 p.m., service at 2:00 p.m. Graveside inurnment at Hillcrest Abbey Memorial Park to follow.

A special thank you to Rita Slatus and family and the entire staff of Buckingham South for their love and care. Also, Tina Youmans of Pruitt Hospice, Bill Brown of Lo Cost Pharmacy, Dr. Mark Murphy and Dr. David Gaskin

Jim & Family, I know you will miss your Dad. my Love to all of you. Ed & Carol Hutter

Jim and Cynthia, we are praying for your peace and strength. We love you.

Waldrop is a name that resonates all over Savannah, through Charlie's years as a Pharmacist, through all his good works at First Baptist and through his role as Father of a family that always seemed much larger than "just" four high energy kids. Charlie was also a Father figure to many of us, always there with a genuine smile and a warm handshake, willing to help, personally and professionally. A good man, faithful and true. He will not be forgotten. Donna and Arthur Roberts

Sending our deepest sympathy to his family.

What a great man and role model for all to learn from and aspire to be. He had such an effect on my children’s church life at First Baptist Savannah.

Our sympathy is with you.

My prayers are with Lynn and your whole family. Charlie was such a faithful member of 1st. Baptist. I remember him sitting in the middle section, down near the front of the church. He always had that welcoming smile on his face.

Dearest Lynn: I didn't know your father but send my deepest sympathy to you and your family. I worked with Beth at St. Joseph's Hospital; one of the dearest people I have known. My father worked at Crumley's as a soda jerk while in school. He spoke of this with most fond memories. May God grant you peace and mercy and gladness for a life well lived. Blessings, Bonnie