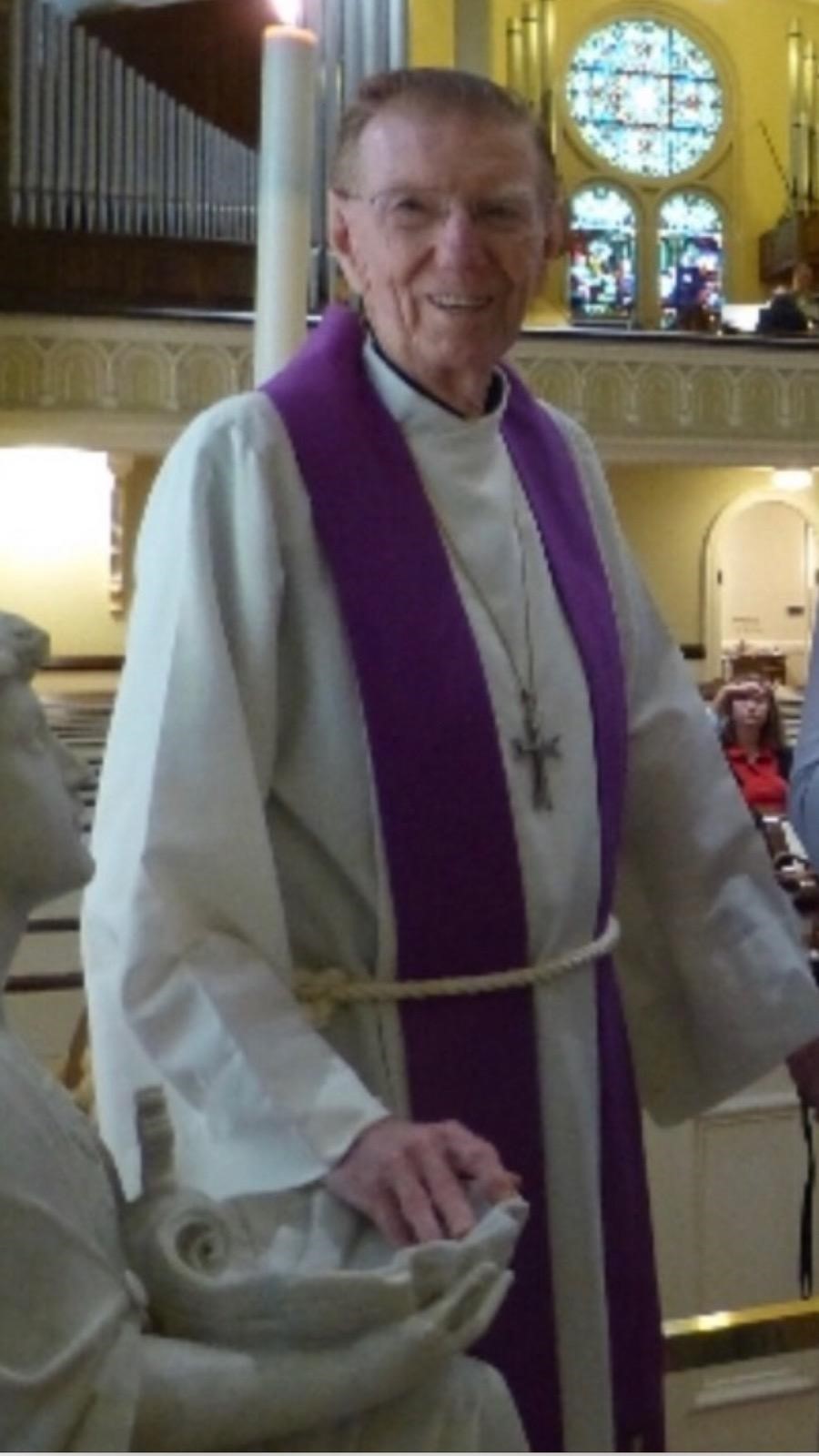 Jack was born in Savannah, Georgia on October 18, 1931, the son of the late John Henry Ohsiek and Marion Knight Ohsiek.

Jack graduated from Savannah High School in 1949, then received his AB from Newberry College in 1953 and his Master of Divinity from the Lutheran Theological Southern Seminary in 1956.

Jack proudly served as a Chaplain in the United States Army Reserve from 1961 through 1985. He retired with the rank of Colonel. He graduated from the National Defense University, Command and General Staff College, and Industrial College of the Armed Forces. He was awarded the US Army Meritorious Service Medal for his years of dedicated service….”Go Army,Beat Navy! ”

Lutheran Church of the Redeemer, Macon, Georgia 1971 through 1991

The Evangelical Lutheran Church of the Ascension, Savannah, Georgia 1992 through 2004

Jack was a lifetime member of the German Friendly Society of Savannah.

Jack loved Tybee Island, where he grew up, spending countless summers there with his family and friends. He contributed numerous photos to the publications Tybee Days and Sand Between our Toes, which he was very proud to share with the world. Jack appears in the book with his dog, Skippy.

There will be a memorial service following the 11:00 a.m. worship service on Reformation Day, Sunday, October 31, 2021 at The Evangelical Lutheran Church of the Ascension, Please wear red, if possible, for Reformation Sunday.

Memorials may be made to The Evangelical Lutheran Church of the Ascension, 120 Bull St., Savannah, Georgia. 31401.

Mike and I send our condolences for the loss of Pastor Jack. He was truly a wonderful man.

My heartfelt condolences to the Ohseik family. He was an absolutely amazing man and the most wonderful Pastor. My love to you all.

My condolences to the family of Pastor Ohseik. He was truly a wonderful person and pastor. I had the privilege of working with him numerous times in the church. I am organist at Jerusalem Lutheran Church in Effingham County (and have been for 50+ years. Pastor Ohseik was the type of person who was immediately loved by all. May God's peace be with his family throughout these days of sorrow.

Michael and Sylvia Womack from Redeemer Lutheran Church in Macon send love and peace to the Family of Rev Ohsiek. He was our pastor for many years and a good friend! He will be truly missed.

I am sorry Jill ..Big Hugs from the Hagins

I knew Pastor Oshiek (Jack) in our childhood and until I moved to Illinois in 1958. My condolences to Elsa and the rest of his family.

We will be there..My heart goes out to Y'all..He was an amazing man.

Our thoughts, hearts and prayers are with the Ohsiek family. We were so happy we were able to have lunch with Paul, Elsa and Jack, as graciously prepared by Doris Gladden, just this past month.

Our deepest condolences to the family. Our hearts and prayers are with you at this sad time.

Dear Elsa and Family, We were so sorry to hear of Pastor Jacks passing. I know he is having the time of his life in heaven. He was such a good and sweet man. He was so wonderful to all the Hammesfahr Clan. We really appreciated him so much. He will be missed. With our deepest sympathies. Love, Barbara and Sam

there are no words to express what a blessing Pastor was to me...heaven is even more glorious now...Elsa, I love you and will be praying for you and your wonderful family

Pastor O welcomed my wife Joan and I day 1 when we first attended church in January 1987. We so enjoyed our relationship for over 30 years even after we moved to Statesboro. I recall his care and concern for Joan as she recovered from numerous cancer treatments. Elsa and Pastor O have been very special ambassadors for our Lord. Thank be to God.

We loved Pastor Ohsiek so much, he was a wonderful Shepard. Our thoughts and prayers are with Else and the Ohsiek family.

Dearest Ohsiek family, our deepest condolences. We will miss Pastor Jacks quiet presence and warm smile. We wish you all peace and blessings in the days to come.

Dear Elsa and family, Our love to you and heart felt lost in the death of “Jack”. He was truly a man of God and served our Church so well. And so have you! Carl and Miriam Fisher

Dear Elsa and family, Our love to you and heart felt lost in the death of “Jack”. He was truly a man of God and served our Church so well. And so have you! Carl and Miriam Fisher

Pastor Ohsiek was a dear friend to my mom Mary Reiser. He confirmed my son and officiated at my daughters weeding! What a great man! Thank you for sharing him with us all! Prayers for peace and comfort

Dear Elsa and Family, Jack was special, and he will be remembered by many. It was a pleasure to share ministry with him in Augusta, Ga. and Savannah, Ga.. Jan sends her sympathy and love. So sorry we cannot make the Celebration of Life Service. I am unable to travel at the moment. May our Dear Lord surround you in his arms of love.

My deepest sympathy to the Ohsiek Family on your loss. I grew up attending Ascension Lutheran Church in Augusta where Pastor Ohsiek served as Pastor for so many years . There are so many fond memories that I will always cherish. He was a wonderful man. May he rest in eternal peace.