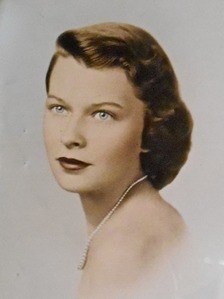 Born and raised in Savannah, Georgia, she was the daughter of the late Charles Walter Taylor and Mary Elizabeth Jones Taylor.

She was preceded in death by her beloved husband of 50 years, Gordon Deshler Shackelford Jr.; and her brother, Charles Walter Taylor Jr. She is survived by her son, Gordon Taylor Shackelford; and her daughter, Martha Dabney Shackelford of Richmond; and her sister, Jane Taylor Torrance of Savannah; as well as several nieces and nephews.

She was a graduate of Southern Seminary Junior College in Buena Vista, Virginia, where she was co-founder of The Central Virginia Alumnae Chapter, on the President's Advisory Board and on the Board of Trustees. She was raised and married in St. John's Episcopal Church in Savannah and upon her marriage, was active in many areas in Christ and Grace Episcopal Church, Petersburg, including teaching Sunday school, being Alter Guild Chairman, Brownie Troop Leader and Cub Scout Den Mother. She made her debut and taught ballet in Savannah. While living in Petersburg, she was a member of the Country Club of Petersburg and the Raleigh Parrish Garden Club. She was President of the Petersburg Garden Club and the Petersburg Home for Ladies. She was a founding member of "The Bridge Club."

Her family will hold a memorial service at 2:00 p.m on Monday, October 4, 2021 at St. Stephen's Episcopal Church, 6000 Grove Avenue, Richmond, VA. Masks will be required. The service will be livestreamed for those who cannot attend. A reception to follow at her home.

A graveside service will be held at 2:00 p.m. on Wednesday, October 6, 2021 in Bonaventure Cemetery, In lieu of flowers, donations may be made to Friends of the Historic Farmers' Bank, Petersburg, St. Stephen's Episcopal Church, Richmond or St. John's Episcopal Church, Savannah.

Bonney knew the Taylor girls at St. John's and Savannah High but in more recent years both Bonney and Earl looked forward to her visits back to Savannah from Virginia. Earl and Martha's sister Jane Taylor Torrance worked together at UNION CAMP. We share the greatest respect for the Taylor girls' interests and talents.

We were deeply saddened to learn of the passing of Martha, our dear Bull River Bluff neighbor. Our sincere condolences and prayers for her family in their sorrow. May your many memories and love fill the hole in your hearts. As a longtime neighbor for several decades, Taylor has fond memories of sharing conversation over a glass of wine on the deck with Martha and his beloved Dee. Robin met Martha when she moved next door two years ago and looked forward to her next visit from Virginia. She was a gracious lady and wonderful neighbor. — Taylor and Robin Denny

Martha rests, but knows the promise: Job 33:25 “ Let (her) flesh become fresher than in youth, Let (her) return to the days of (her) youthful vigor. She will be happy to be her beautiful self again. Our confidence in Christ’s heavenly Kingdom government gives us assurance that soon we will live in a totally peaceful world. Psalms 37:10,11,29 Paradise will be welcome ,as God originally intended . May you be comforted with the resurrection hope. John 5:28,29 “Enjoy Life Forever”, JW.com Love, and prayers, Sandy Wirfs