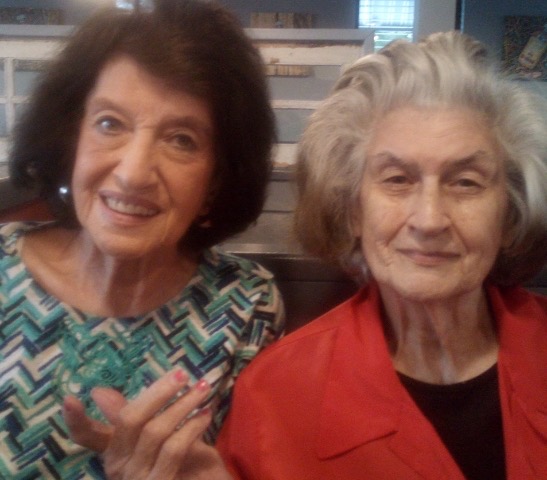 The "Rocca" girls were inseparable their entire lives. They grew up in Savannah Georgia, and both attended Sacred Heart School and St. Vincent's Academy. They both attended St. James Catholic church.

Mary Cathryn practiced as a Registered Nurse for a short time before the birth of her son, Michael in 1959. She graduated from St. Joseph's Infirmary in Atlanta in 1954. Regina attended Armstrong State College and worked briefly in retail after her daughter, Elizabeth, graduated from high school.

The joy of these girls lives, were not only in each other's company, but that of their parents, friends and children. Regina and Mary lived together for the last 20 years. Prior to that, only neighbors a few short streets away. Anyone who knew them, would comment on the fact that they were always together. And how blessed they were that they had each other every day of their lives. Everyone who came to know them, was touched by their generosity and kindness. Whether it was spending summers at their homes on Tybee as their children grew up, or at the Mayfair houses, they were always surrounded by many wonderful friends and family who could not do enough for them. Especially in the end of their lives. They would regale the group with wonderful stories of Old Savannah, and of their parents. All were touched by their generosity, humor and their incredible bond.

A private graveside service was held in Hillcrest Abbey Cemetery.

Remembrances may be made to St. Vincent’s Academy.

Always loved talking to these 2. They were both great ladies and will be sadly missed.

Prayers Beth in the hard times