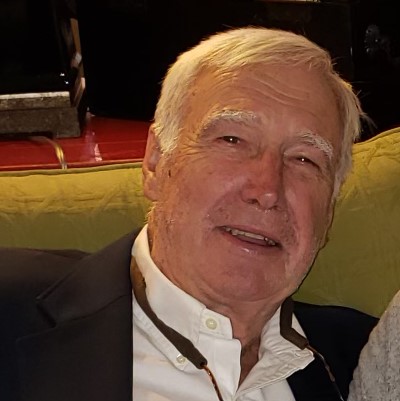 Eddie Marion Stewart earned his angel wings on Saturday, September 25, 2021 after an extended illness with Parkinson’s.

Eddie, known as “Fast Eddie” and “Trouble” passed away at St. Joseph’s Hospital at age 77.

He was married to Brenda Hadwin Stewart for 53 years (her very best friend) and has two beautiful sons, Dustin Shayne Stewart and Christopher Marion Stewart who knew their dad was always there through all the ups and downs and taught them to enjoy every moment that life has to offer.  He also has one daughter-in-law, Amy Stewart, who adored him and has been there every step of the way.

He was known as Big Eddie to four precious grandchildren, Macy Stewart, Marley Stewart, Ashton Stewart and Ashlee Stewart.  They would rather cut up with Eddie than eat when they were hungry.

He is preceded in death by his parents, Colon Eugene Stewart and Althea Harley Stewart and a brother, Vernon (Dean) Stewart.  Eddie is also survived by a brother, Colon Eugene Stewart, Jr. (known as Sonny) who has truly been a big brother for Eddie his entire life.  He also has one godchild, Angie Goka Stewart of Savannah.  He is survived by several nieces and nephews and refer to him as “The Evil Knievel” of Swainsboro, GA.

Eddie was born December 19, 1943 in Savannah and spent his later years living out his dream on his farm and the “party” cabin he built to share with all of his friends and families and strangers too.

He served his country for six years in the 165th. Georgia Air National Guard and continued his career spending over 40 years as Southeastern Regional Sales Manager with food and paper good companies.

Eddie had a larger-than-life personality and touched everyone he met and was so loved by all.  Without a question, he was the best husband, dad, grandpa and father-in-law and was incredibly handsome.

He knew and loved God and had accepted him into his life and is most definitely in heaven riding his motorcycle, or fishing or just being Eddie making the angels laugh and be happy.

He will truly be missed by family, friends, and anyone that had the wonderful experience of knowing him.

We are so sorry to hear of Eddie passing. He was a good man and a fine friend. May God bless his family. He will be in our prayers.

Brenda & family, Praying for all you because there truly was no one else like Eddie. He truly brought a lot of joy wherever he went. A wonderful soul who will be missed dearly. Sincerely, Scottie & Julie

Brenda, I can’t believe Eddie is gone. We all had so many good times together. But he is now at peace. I love you and will see you soon. Prayers for you and the family. Lena

So sorry to hear this, Eddie was a good friend and good man.

Haven't seen Eddie in well over 50 years but will always remember him as one of the funniest, most interesting people I have ever met. I met him when we were in the 165th ANG. Was with him on a day you (Brenda) might remember when the motor came off of his boat and was lost in the Ogeechee. So sorry for your loss.

I remember Eddie from back in high school. He was a good friend and a great guy. Brinda my thought and prayers are with you and your family.

I luv Eddie Stewart I had the awesome privilege of being his friend also got to baptize he and Cleve Dasher into a faithful relationship with Jesus Christ. Eddie was a great friend would do anything to help his friends. He had a great eye for detail. Eddie was the party where ever he was at. I will miss him very much. Brenda you are an amazing wife you laid it all out for your family. We all respect and love you. We all are here for you let us help you get through this difficult time. Praying for God’s blessings and strength for you and all the family. Luv ya all Billy Miller

Eddie and I were good friends for 45 years. We had many fun times together and lots of laughs. I am glad we kept in touch and were able to spend time together in the last coiuple years. I will truly miss him. Bob

Brenda, Dustin, Christopher, and Sonny as well as the rest of the Stewart clan, I still cannot believe he has left us but believe he has moved on to a better place. Could not have ever asked for a better friend in life. Always was there if I ever needed him. Spent 20 years working with the man. First time we met was like we had already been friends for years. I started many a day with a phone call from Eddie. Was always quick to ask "What are you doing today? Get after it. Its just another day in your life that you will never get back!" That was Eddie. Always lived life to the fullest and never left a stone unturned! Just happy that I had the honor to know him and call him a friend. Touched my life in so many ways. I will cherish the memories forever. My prayers and thoughts go out to all of you! Del

Sonny, We are so sorry to hear of the loss of your brother. Our deepest sympathy to you and all of your family. Mary Faith & Jim

6 CANDLES LIT
+ Add a candle to the guestbook