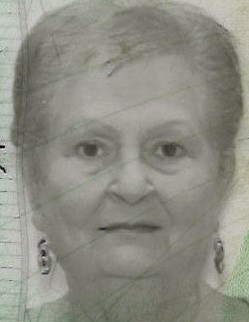 Joan Gross (Robinson) died on September 8, 2021 at Memorial University Medical Center in Savannah, Georgia of Covid related issues.  She was born in Savannah on 15 November 1948, the daughter of West and Martha Robinson.

She worked for Continental Can in several capacities, including secretary at the Division office and in the traffic department. She moved to Stone Container Corporation when Stone acquired Continental’s Port Wentworth mill in the fall of 1983.  At Stone she worked in the Forest Products Division accounting department.  Joan was featured in Stone’s “Employee Spotlight” in 1989.  One of her supervisors stated “If Joan did it, I know it’s right”.

After Stone closed, Joan worked at Holton Plumbing in Savannah as accountant and receptionist.  She retired in 2013 at age 65.

Joan is survived by her son, Brian Gross, her brother, Doug Robinson, her niece, Whitney Newton, her nephew, Wes Robinson, and her longtime best friend, Sheila Anderson.  She was predeceased by her parents and brother, Ron Robinson.