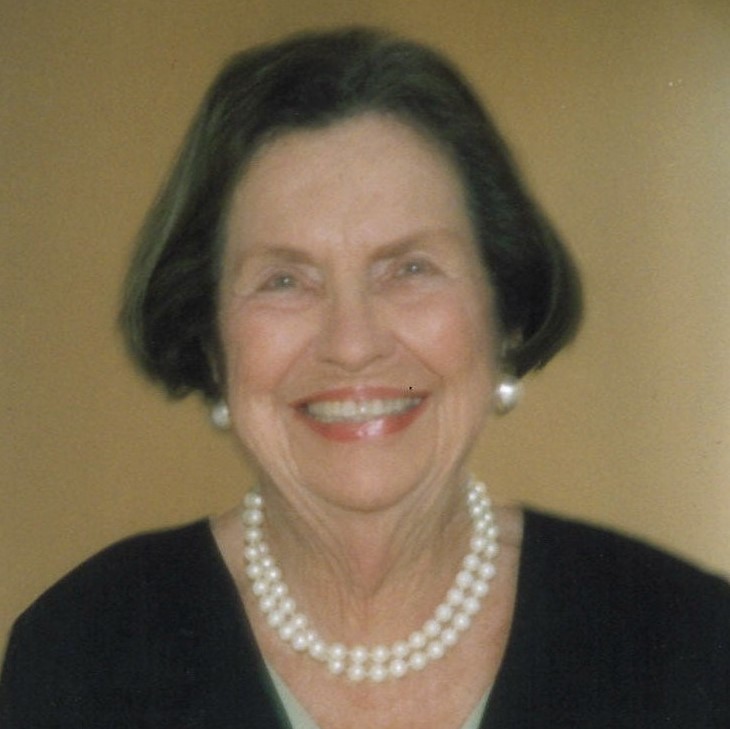 To view a live stream of the service, please click the link below.

Dale Sayler Morgan passed away on August 14, 2021, at Candler Hospital.  “Big Dale” as she was affectionately called by her family, was born in Savannah, Georgia, on May 26, 1924, to the late Major General Henry Benton Sayler and Jessie Dixon Sayler. Dale and her two brothers, Henry and Jack, were army brats and they frequently moved. One of her many stories recounted life at Fort Riley, Kansas, during the early 1930’s and the huge dust storms rolling in from the Dust Bowl. Childhood summers were spent in Savannah visiting her grandmother, Mrs. James M. Dixon. The Dixon’s Tybee cottage which was built in 1896 by her grandfather. Dale loved the outdoors and learned to fish in the Back River at Tybee.  When her family resided in Washington, DC, Dale attended National Cathedral School and graduated from Holton Arms School. She also attended Sweet Briar College in Virginia and the University of North Carolina. During World War II, Dale held a position at the State Department in the coding division and was a volunteer with the Red Cross Motor Corps.  In 1950, she moved to Savannah and took a job as an account executive at Merrill Lynch. She was among the first women to become a licensed stockbroker in Georgia. Two years later, she married G. Philip Morgan Jr., a realtor and developer. They lived and raised their family in Savannah and celebrated fifty years of marriage prior to his death in 2002.

Dale lived her life to the fullest and volunteered in many organizations including The American Red Cross, Savannah Council of Girl Scouts, Junior League of Savannah, and the Southeast Chatham Land Use Advisory Committee.  She served as President of the Women of Christ Episcopal Church, Chairman of the Christ Church Tour of Homes, Chairman of the Episcopal Youth and Children’s Services, and President of the Trustees’ Garden Club of Savannah, which is affiliated with the Garden Club of America. She was a Garden Club of America Approved Horticulture Judge, a position she was most honored to hold.

Dale was a member of St. John’s Episcopal Church, The Chatham Club, The Oglethorpe Club, the Colonial Dames, the Georgia Historical Society, the Telfair Museum of Art, the Bonaventure Historical Society and the Davenport House Museum. She enjoyed many other activities including gardening, golfing, flower arranging, traveling, and needlepointing.

Big Dale loved and treasured her family, the companionship of her dogs, and her many friendships. She always had a smile and believed that “life is a great adventure and each day must be enjoyed with waking hours filled to the brim”.  Dale will be greatly missed by all who knew her.

The family especially wishes to express its heartfelt thanks to Dale’s remarkable and loving caregivers, Sara Mosley, Leah Harrison, Yalanda Cooper, Norma Hayden, Cecilia Edwards, Janice Ryant and Carolyn Johnson as well as Tina Agrilla, Dale’s trusted and loyal friend for many years. The family would also like to thank her physician, Dr. J. Allen Meadows and the Candler staff in the ER and on 6 North for their care and compassion.

A private family graveside service will be held on September 4 at Bonaventure Cemetery. Prior to that date, a livestream link will be available on www.foxandweeks.com.

She sounds like an incredible woman and a true leader! She inspires me to get involved in our community! Condolences to all the Morgan family, Nick and Tams Harty

What a great lady!

Dale was a first class lady with a wonderful sense of humor! Our family will miss her! Our thoughts are with the family!

Dale was a great lady who I was privileged to know. I remember fondly when our family had dinner with her at the Oglethorpe Club. She had a great sense of humor and sharp wit which made me smile often. Particularly thinking of my friends Henry and Philip during this time.

Dear Diane: Claudia and I are so very sorry for you loss. Reading your Mom's obituary helped us better understand what a special person she was. We think she lives on in you. Please accept our heartfelt condolences.

She was more fun than dirt! And we shared some and laughed a lot! Good stories Dale! LOVE, Roddy

When Diane and Dick came in town for our 50th SCDS reunion Dale joined our group for a tour of the school. We were waiting by the elevator to go up with her, but found that at 90 that she had climbed the stairs ahead of us! She was fun to know while we were growing up and a special friend when we were grown. Love the fact that Dale told it like it was!

Dale was/is a wonderful friend. She welcomed me with open arms when I moved to Savannah in 2005. We enjoyed and I will always remember many happy times spent in her company. My deepest sympathy to her family. May she rest in peace after an amazing life well lived.

So sorry to hear this sad news. I enjoyed growing up as a child near her house. She was always kind to me and the other kids in the neighborhood.

Our families have been so interconnected over the decades. I know that Mrs. Morgan will be truly missed. Henry and Philip (I don't know their sister) you have my condolences.