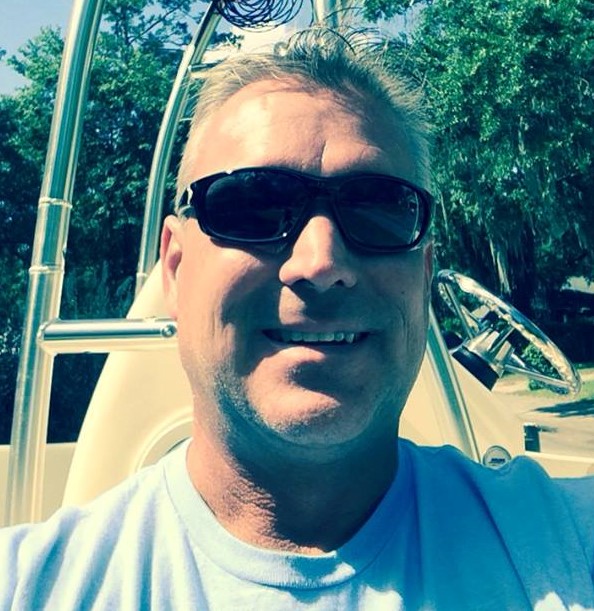 Bob grew up on the coast in NH, but his home and heart had always been in Savannah. Bob worked at Gulfstream Aerospace for more than 20 years as an accomplished airplane mechanic and inspector. His real passion was for boats and ocean activities enjoying his pastimes at the beach and on the ocean.

Bob leaves behind his two  children, Isaac Herman-Benjamin and Emily Grace Herman; six siblings Pam, Pete, Linda, Nancy, Paul, and Jim. He is fondly remembered and will be dearly missed by a great many family members, friends, and coworkers.

Bob’s cremains will be given eternal rest on the coasts of Tybee Island and Hampton Beach, NH with private gatherings of family and friends.

I fondly remember working with Bob in Inspection at Gulfstream. He always had a smile.It was a surprise that he left us so soon. My condolences to his children and family.

Bob was pretty entertaining to work with in the insp dept at Gulfstream. I’ll never forget his “all you gotta do is…” turnovers for the next shift. RIP Bob!

Amanda Horner-Herman (Pete's daughter) We will miss our Uncle Bob. The memories will always have are dancing on his feet at his first wedding and even at my brother's wake, he encouraged me to go to college. I did shortly after that advice and it has made all the difference in my life. My dad appreciates everyone's condolences. The first of the siblings to go home to God is always hard. I am sending hugs to all my aunts and uncles going through this loss. May God bless you and keep you, may his face shine upon you.

My condolences to all the Hermans of losing such a awesome and funny brother. Emily and Issac I am especially saddened for you both losing a Dad has to be so heartbreaking knowing he has many years left and you both are so young! My memories and pictures of Bob will be in my head forever! Many thank you too Linda Matta for helping him in many ways and getting him to try to get his health better. He will be sadly missed! RIP CUZ

The Herman family was always a positive influence on me. I am sad to see we have lost one of the seven so soon in life. As an only child I always was in awe of how well the family worked together. Controlled chaos, I guess. /wink