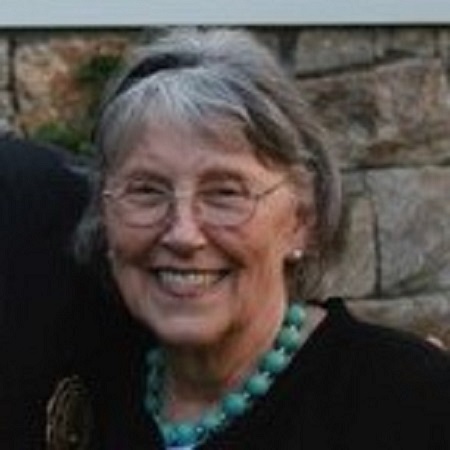 Constance Apostoles Dimou, 92, passed away on Monday, August 9, 2021. Connie was born on April 28, 1929 and spent her childhood and young adult life in Belmont, MA. A graduate of Colby-Sawyer College, she married Loucas S. Dimou on February 15,1953 and was married for 61 years before his passing.

Spending their early years in Weston, MA where they had their 4 children, the family then lived in Memphis, TN from 1963 - 1985. In Memphis, Connie was a member of St. George’s Episcopal Church, serving as a chairperson for the Altar Guild and the Antique Arcade. She was also a devoted member of Le Bonheur Children’s Hospital League.

They moved back north to Barnstable, MA to be near Connie’s parents in their older years. She spent her time serving on the Altar Guild at St. Mary’s Episcopal Church and tending to her gorgeous vegetable and perennial gardens. Already an avid needlepointer, she also gained enormous satisfaction mastering the process of weaving Nantucket Lightship Baskets, which tied together her love for New England and her artistic talents.

Their last move was to Savannah, GA in 1991 to enjoy warmer weather. Connie was a member of St. Peter’s Episcopal Church, where she served as Altar Guild Chair, then on the Vestry, and finally on the search committee for the new Vicar. She was instrumental in the founding of the Skidaway Island Antique Show in 1999, whose proceeds supported several children’s charities in Savannah for many years. As all arts brought great joy to her, Connie also served on the Telfair Academy Guild and was a volunteer at the Jepson Center.

A Celebration of Life will be held at a later date at St. Peter’s Episcopal Church.

In lieu of flowers, the family requests that donations be made in Connie’s name to St. Peter’s Episcopal Church at www.saintpeterssav.org or mailed to St. Peter’s Episcopal Church, 3 West Ridge Road, Savannah, GA 31411, or to CURE Childhood Cancer at www.curechildhoodcancer.org or mailed to CURE Childhood Cancer, 200 Ashford Center North, Suite 250, Atlanta, GA 30338.

Joan and family - I’m so sorry to hear about your sweet Mom … our prayers are with you all …Please email me if you get a chance ..Love to all

She sounds like she was a lovely, sweet, and interesting woman. We are so sorry for your loss.

I was so sorry to hear of Connie’s passing. I will always remember her with your father and your children and how much she loved life. Miss seeing you. Please let us know when her funeral will be. Linda

Joan and Lucas. I’m so sorry of the passing of your mother/grandmother. You are lively lively people and I’m sure that kindness inherent in you passed down from her. Sending you love and peace

So sorry to hear about your Mom. We will keep you and your family in our prayers Love You. Dell

To your family, especially Joan, we send our love. She was a gracious lady and we enjoyed our many delightful times with her. Blessings!

Joan, Luke, Sarah & Family We are so sorry to hear of your Mother's/Grandmother's passing. Praying for Strength, Comfort, Peace & Grace during this difficult time.

She was a great lady and a good friend. I have so many wonderful memories of things we did together. I will miss her.