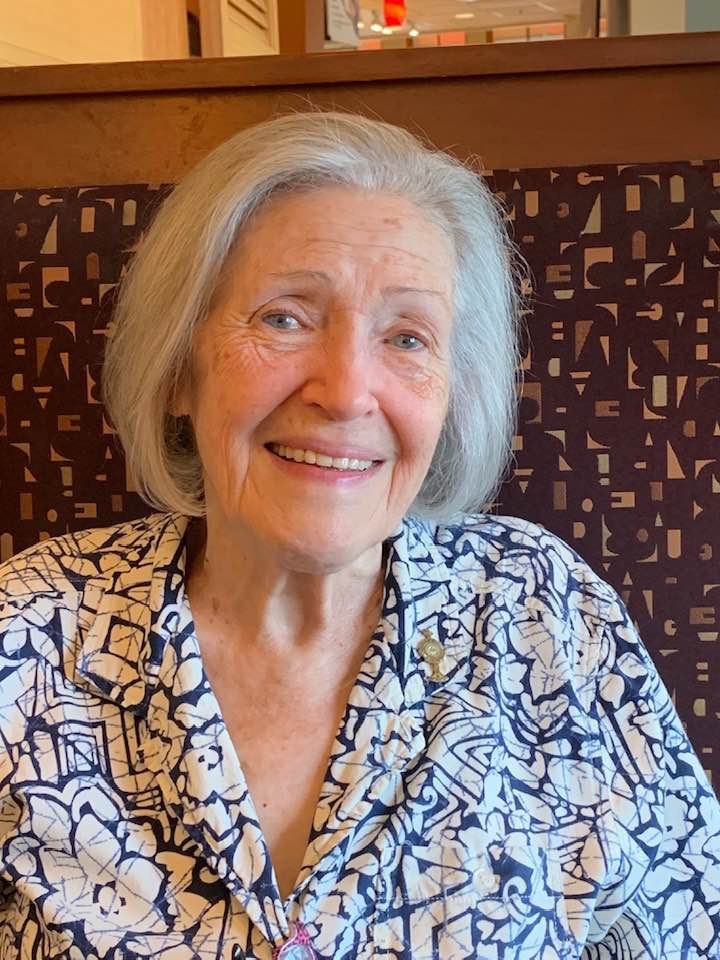 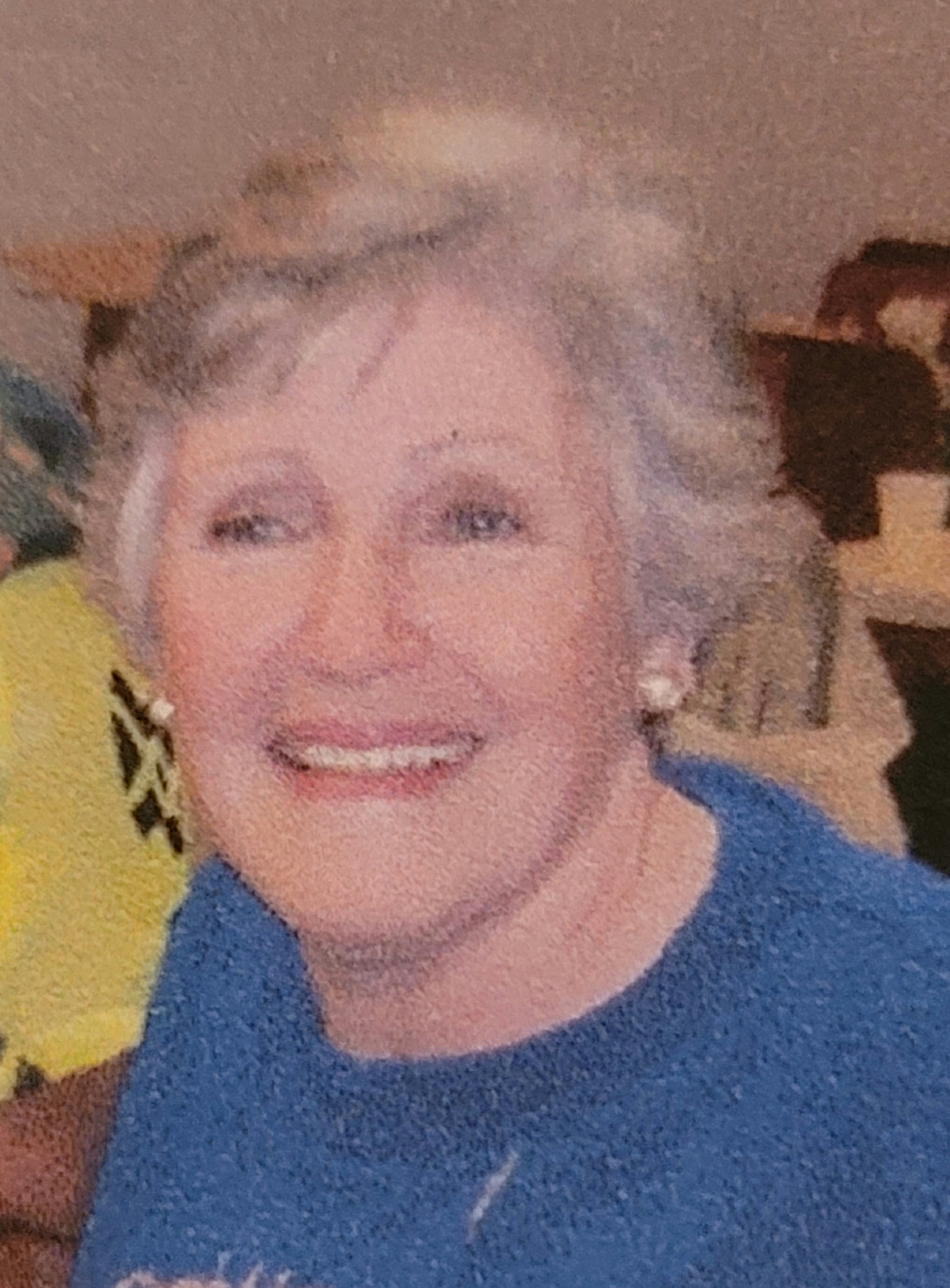 Mrs. Yolanda S. Negron, 84, longtime resident of the Landings community and the widow of Dr. George Negron, passed away on July 5, 2021, at the Augusta Medical Center.

Born in Sao Paulo, Brazil she was the devoted daughter of Dr. Miguel Gabriel and Mrs. Irma Nogueira Saad. She was reared in a large family, to which she always cherished the very special and close relationships she had with her parents, siblings, and extended family members. Throughout her life she was always loving and supportive of her family and others giving unselfishly to assist whenever needed. She embraced her Christian education received in the parochial schools of Brazil which strengthened her faith and led to her deep passion of advocacy for the disadvantaged.  As a young person, she had many goals and aspirations she desired to achieve which led her to pursue three years of medical education at The School of Medicine, Praia Vermelha, Rio de Janeiro and additional coursework at Howard University, in Washington, DC, where she received an academic scholarship.

She met Victor Alfredo Chavez while attending Howard University and he a student at the Catholic University. In 1960, they married, and their lives were enriched the more when they returned to their native homes of Brazil and Peru with the birth of their three children: Gabriela, Victor Alfredo, and Anna. In her new role as wife and mother she made her home a special place where love, sharing and hospitality were often expressed.

Upon the death of her husband in 1976, she and her children returned to the United States where she began work at The Clinical Research Laboratory of the DC General Hospital, Washington, DC., in collaboration with Georgetown University and later was employed at the World Bank, Washington, DC.

In 1981, she married Dr. George Luis Negron to which their covenant of love remained strong for thirty-seven years until his death in 2018. To this union, God richly blessed them with a blended family of seven children. As a mother, she always expressed unconditional love and taught them many life lessons through her Christian character and examples. Their family moved to Savannah in 1985 and became residents of The Landings community, upon Dr. Negron becoming the Medical Director of Charter Broad Oaks Hospital.

Embracing her strong spiritual upbringing, Mrs. Negron joined the fellowship of the Saint James Catholic Church. At Saint James, she became active in the life of the church and was actively engaged in the Council of Catholic Women. In 1985, she and her husband Dr. Negron established their non-profit, The Martin de Porres Society of Savannah.

Their dedication and love in serving disadvantaged children and their families were shown their implementation  of signature programs such as Camp Lighthouse, a multi-cultural camp with a twenty year partnership with the 92nd Street  Y of New York City and the HaSharon Community Centers of Israel, Nourish-2-Learn and Reading Is Fundamental Programs assisted  with the needs of  local inner city children, Sharing Manna a food program for families and Christmas Blessings that began as a holiday festival at Benedictine Military School with over 200 children in attendance. In 2000, the Society continued its mission by providing food boxes and toys as an outreach to families. For their dedication and outstanding service to our community, in 2000, she and her husband received The Jimmy and Rosalyn Carter Foundational Award in partnership with Savannah State University School of Social Work and in 2017, the Community of Excellence Award was given by the members and friends of the Society at their annual jazz concert fundraiser at Congregation Mickve Israel.

Mrs. Negron lived a truly enriching life and was a tremendous blessing to others. She will always be remembered as a loving and devoted wife, mother, grandmother, family member and a friend to many.

In addition to her husbands and her parents, she was preceded in death by her two brothers, Dr. Odlin Saad, Esq., and Dr. Paulo Saad: a sister, Dr. Ilaka Saad-Vaz, Esq.

The mass will be offered for the repose of the soul of Mrs. Yolanda Negron on Saturday, July 10, 2021, 9:00 AM, at Saint James Catholic Church, 8412 Whitefield Avenue, Savannah, GA 31406. The family will receive friends after the mass in the narthex of the church.

The Mass of Christian Burial will be held at a later date in March, 2022.

So sorry to hear that this dear sweet lady has passed away. Condolences to the family. Our thoughts & prayers are with you.

I can't express how much the relationship and time spent with Mrs Yolanda has affected my life. When we met 23 months ago I felt as if I had known her for a life time, from that day forward she became a friend that I would cherish for life. I know God meant for our path to cross and flourish with such great love for each other and all that her life touch. I miss her dearly but I know from her heavenly home she is smiling down on us all. My guardian angel I know you were welcome with well done my good and faithful servant. I love you and will carry wonderful memories of you in my heart. Until we meet again rest well

We are so sorry for your loss. Mrs. Yolanda was such a sweet and loving soul. She will be missed by all.

A lovely and caring Neighbor. I wish I could have had more time to get to know her. Her smile always warmed my heart.

Sincere condolences to the family of Yolanda.may Her Soul Rest In Peace

I had the honor of volunteering with the Martin de Porres Society for two years Yolanda's drive and desire to help underprivileged children and families was unparalleled. She will be greatly missed. My sincere sympathies are extended to her family.

Sending you lots of love and comfort, we are so sorry for your loss.

My condolences to the Negron family I loved this woman with all of my heart. I can't begun to tell about how much she has done for my family. She was there for the birth of my last child telling me how brave I was. She will always have a special place in my heart. Take your rest Mrs. Yolanda you deserve it.

I have long treasured my memories of Yolanda from my time in Savannah. One year she was selling angel ornaments made from handkerchiefs (a fundraiser for Martin de Porres, I think); since I always use a very small tree, I attached a cardboard tube to the back and use it as my tree topper. Every year at Christmas I place the angel on my tree and remember Yolanda and think of her deep love of all God's people. She was a blessing to us all.

With deepest sympathy to the Negron family. I met Mrs Negron at a law firm I worked at. She was such a sweet and caring person.

With deepest sympathy to the Negron family. I met Mrs Negron at a law firm I worked at. She was such a sweet and caring person.

5 CANDLES LIT
+ Add a candle to the guestbook