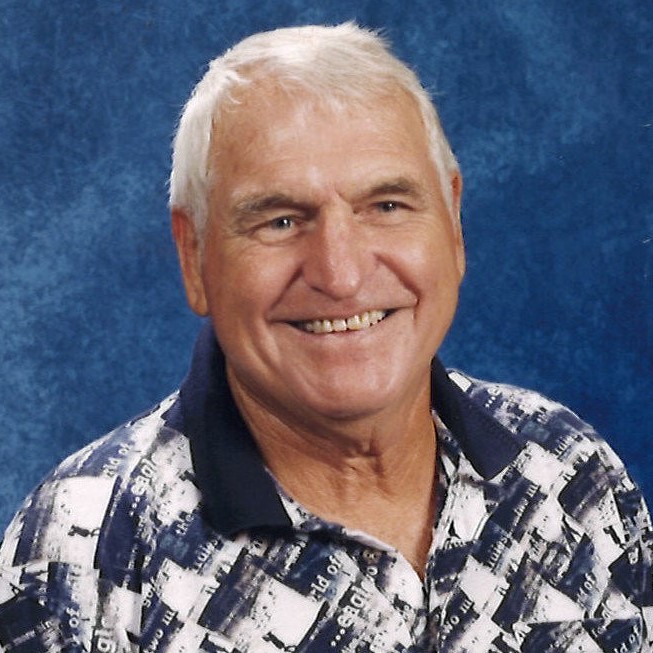 Jack attended Savannah High School where he played football, basketball and baseball making All State, All Region and All City teams in football.  He graduated in 1949, joined the Georgia Air National Guard and was stationed in Smyrna, Tennessee where he played football for Sewart Air Force Base during the Korean War.  He attended Troy State Teacher’s College in 1950 where he met his wife Betty and played football until a knee injury ended his playing career.

He was a member of the Georgia Athletic Coaches Association, Old Timers Softball Club, Quarterback Club (Recipient of the 50 Year Coaching Award), DeKalb Touchdown Club, Savannah Sports Council (Recipient of the Oasis Award), Cobra Club, and the Greater Savannah Athletic Hall of Fame where he proudly served on the Honor’s Court.

Jack was a lifetime coach, motivator and mentor who received numerous awards over the course of his distinguished career including Coach of the Year for Region 2A (1962), Groves High (1968), Region 7AAA (1973), Region 7AAAA (1981), Region 3A Girl’s Track of the Savannah Christian Region Champions, (1997), Savannah Georgia Guardian Girl’s Track and Savannah City Champions at Savannah Christian (1988), Boy’s Track, Region and City Champs (1997); the Distinguished Coaching Award as a coach in football for 53 years and Boy’s and Girl’s Track for 22 years; the GACA Outstanding Service to the Coaching Profession in Georgia award (2004); the National High School Gold Coach Award (1987); and Nike Coach of the Year award (2017).  He also coached in the All Star Football game for the South in 1966 and for the North in 1979 and was Head Coach for the South in 2000.  He had a career total of 700 wins as a head football coach.  In addition, he helped build the West Side Stadium and received many more coaching awards across all sports including track, baseball, basketball, golf and tennis.  A proud accomplishment was also his hole in one on Number 4 at Bacon Park Golf Course in 2005.

Jack always gave all the credit for his coaching career and success to his wife Betty, son Jeff and daughter Jill.  Of Betty he would often say that she loved football and was the perfect coach’s wife. As long as they live, all who came into contact with him will remember his great optimism, strength and wonderful sense of humor.  He enjoyed life to the fullest and will be deeply missed.

Coach Miller was one of the best people I've ever known. He will be missed by our entire community. Stephen E. Weeks, III

I am so sorry for the loss of Coach Miller. He was always a topic of conversation when myself and other former Clarkston players got together. There will never be another like him and he is and will be missed. Condolences to Jeff and the entire family.

Mr. Miller was a good man and a true friend to many - including the Remley family. He will be missed on many levels. Jean, Tim and Sam Remley, Beth Lewis Remley