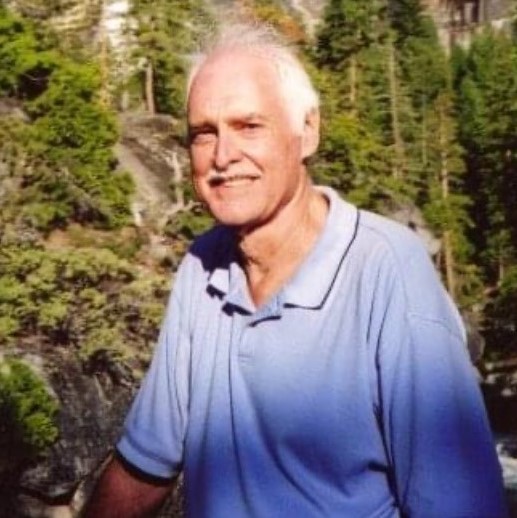 Jack Martin Van Eck, 80, passed away on Saturday, June 19, 2021. He was born May 26, 1941 in Chicago, IL to the late Martin and Beatrice Van Rosendale Van Eck. His father was a transportation engineer, choir director, and avid singer in the church choirs in his community. His mother was a piano teacher; many of her students went on to pursue music degrees and led music programs in area churches. Mr. Van Eck inherited from his parents a lifelong passion for classical music. From childhood throughout his adult life, he continuously contributed his distinctive lyric baritone voice to choirs in his community and church. A member of the Chicago Symphony Chorus for more than 15 years, he also sang with the Music of the Baroque and was an invited soloist with many regional choirs in the Chicago area. He sang in many choirs upon moving to Savannah as well, including the St. John’s Episcopal Church, the Savannah Philharmonic, and I Cantori.

Mr. Van Eck also had a deep fascination and facility with science and technology. While working full time, he studied chemistry as one of the charter students at Trinity Christian College in Palos Heights, IL. During his 42 years working for Sherwin Williams, Mr. Van Eck held many responsibilities related to research and development. As a chemist, he created and refined automotive paint formulas and, as a mechanical inventor, he oversaw a machine shop that designed systems and tools to assess the quality and characteristics of new paint formulations. He took great pleasure in building and creating inventive solutions for problems big and small, which brought beauty and efficiency to the lives of many around him.

Mr. Van Eck is preceded in death by his older sister, Nelvie Canty. He is survived by three daughters, Kathryn Van Eck, Beatrice Van Eck (Todd Walker), and Jacquelyn Martínez Van Eck (Jorge Martínez), and by one son, Jonathan Van Eck (Aline Fruit). Survivors include his younger sister, Beverly Van Eck, and four grandchildren, Beatrice Jane and Bridget Kathryn Van Eck Walker, and Efrén William and Esme Teresa Martínez. He leaves behind his former wife, Kathryn Prince Van Eck, who was the Director of Music Ministries at Independent Presbyterian Church in Savannah, GA. He will be missed by many friends through his volunteer and choral memberships.

We will miss Jack greatly. Jack and I sang bass together for many years and also enjoyed doing church tours at St. John’s for several years. Jack was always prepared musically and over the many lunches that we had after the church tours, he shared many stories about his family and especially his children and grandchildren. Our heartfelt condolences to your family Jack. Rest In Peace good friend. Doug and Betty Anne Foran

I was so sorry and sad to hear about Jack’s passing this weekend. I have known Jack for 5 years through the Savannah Philharmonic Chorus. Jack and I spent many hours together singing and laughing as part of the chorus’ most irreverent and irascible bass section. Early on, Jack and I learned that we had both sung in the Chicago Symphony Chorus years ago. Our love of the Windy City helped to forge an immediate bond that grew over time. We also shared the gift of physical height which allowed us to literally see eye to eye! Jack had a beautiful voice that will very much be missed, and I will indeed miss his always -present smile, his laughter and his many warm words, which always greeted me at every rehearsal or concert.