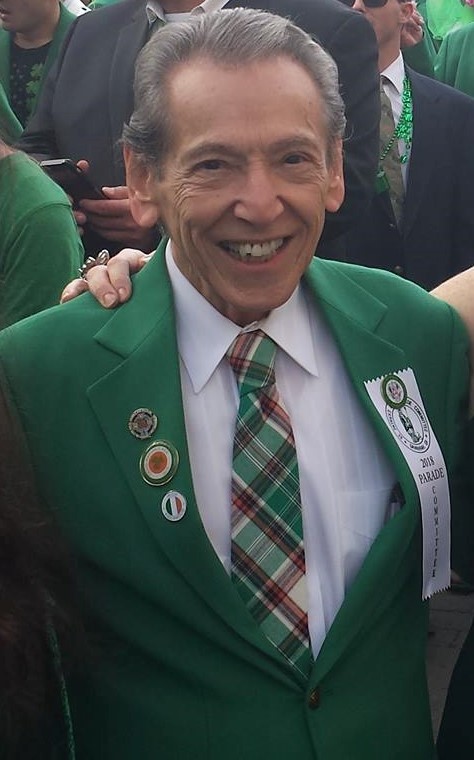 Norman Francis Flojo, 82, passed away on Saturday, June 12, 2021. He was born in Philadelphia, PA, on November 1, 1938, to Pastor Baga Flojo and Mary Fries. Norman proudly served in the U.S. Navy until his honorable discharge, traveling the world aboard the USS John R. Pierce. Although he had hoped to visit his father’s birthplace in the Philippines, Norman never made it there. Instead, his ship docked at ports of call throughout Europe. While there, he skied the Alps, cheered at the bullfights in Murcia, and stood in awe at the Colosseum while in Rome. He loved exploring new business opportunities, and his entrepreneurial spirit led to the start-up of several successful wire and cable companies in the Philadelphia suburbs.

In 1987, Norman married his true love, Denise Moore after a whirlwind courtship. They settled into life on their 24-acre farm known as London Purchase, one of the five Bucks County, PA, Revolutionary War Headquarter Farms used when George Washington crossed the Delaware River in 1776. London Purchase served as the headquarters of Capt. Alexander Hamilton and Col. Henry Knox during the American Revolution and is listed on the National Register of Historic Places. A lifelong patriot and avid historian, Norman shared the history of the farm with all who knew him, always referring to himself as “caretaker” of this piece of history, rather than its owner.

While living at London Purchase, Norman and Denise welcomed their daughter April, born a preemie weighing only one pound, 8 ounces. In 2005, the family visited the Savannah College of Art and Design (SCAD), where April subsequently matriculated. As a history buff, Norman was fascinated by Savannah’s history. He and Denise visited April as often as possible while she attended college and moved to Savannah in 2013. They enjoyed life in the Downtown Historic District, the warmer winters, and the beaches of nearby Tybee Island. In addition to their vacation rental business, they found new careers working together on films and TV shows filmed in Savannah over the past 8 years. Among his many roles, Norman portrayed a cowboy opposite John Travolta and Morgan Freeman in Poison Rose and a vampire in the award-winning mini-series,The Act. He and his wife Denise also appeared in many episodes of Underground.

Norman had a keen interest in everyone he met and a passion for serving his Savannah community. He was a faithful communicant at the Cathedral Basilica of St. John the Baptist. He was an active member of the Catholic War Veterans, the Knights of Columbus, the St. Patrick’s Day Parade Committee, and the Savannah Deanery Respect Life Ministry. He belonged to the Downtown Neighborhood Association and especially enjoyed dressing up for the annual Flannery O’Connor Birthday Parade in Lafayette Square.  You could often find him stopping for an ice cream cone at Leopold’s after dinner.

He is survived by his wife of 33 years, Denise, his daughter, April, and his brothers Robert and Manuel Flojo of Philadelphia, PA.

Donations may be made online in honor of Norman at: www.savannahcarecenter.org/donate

Norman Flojo was a great man, a true friend, and a shining example of what a Catholic gentleman should be. He always had a shining smile on his face and was a pillar of our community and gave freely to it. He was always there, heavily involved in everything from the Knights of Columbus, to the Parade Committee, to the CWV and more. And he wasn't just there to be seen. He rolled up his sleeves, got in the trenches, and got his hands dirty helping wherever he was needed and could do some good. He was truly a living example of Our Lord's words in Matthew 23:11: 'He that is the greatest among you shall be your servant.' In life, he humbled himself. In death, may he now be exalted. May his death have been a happy one and his time in Purgatory be short. May his time with Our Lord and His angels be everlasting and glorious. Forever and ever. Amen. Requiem æternam dona ei, Domine, et lux perpetua luceat ei. Requiescat in pace. Amen.

I am sorry to hear of Norm's passing. He was a good man and a friend. His life serves to us as an example of a Christian & a patriotic American. He lived each day with a big smile and a great attitude. We will miss him. Denise & April please let me know if I may assist in some way. Tom & Maureen OBrien

Denise, We are saddened to hear about Norman’s passing. He was a joy to be around and will be missed by all. Sending love and prayers to you and April. Chuck and Debbie

The family all loved Norman. He always had a smile and a good story to share. We will always remember that beautiful wedding in New Hope, visiting the farm, Louie and all of the family get togethers. We will miss him deeply and continue to pray for his soul. Denise and April please know the family continues to keep you in our prayers during this difficult time. Sincerely, Karen, Al, Alby, Andrew and Matt (and also Aunt Kathy and Uncle Walt)

Denise I am so sorry to hear of Norms passing we know that he is with his maker our Almighty Lord. I always enjoyed Norm and his stories in true Life. He certainly will be missed by all of those whose life he touched including mine. May he rest in peace of the Risen Lord.