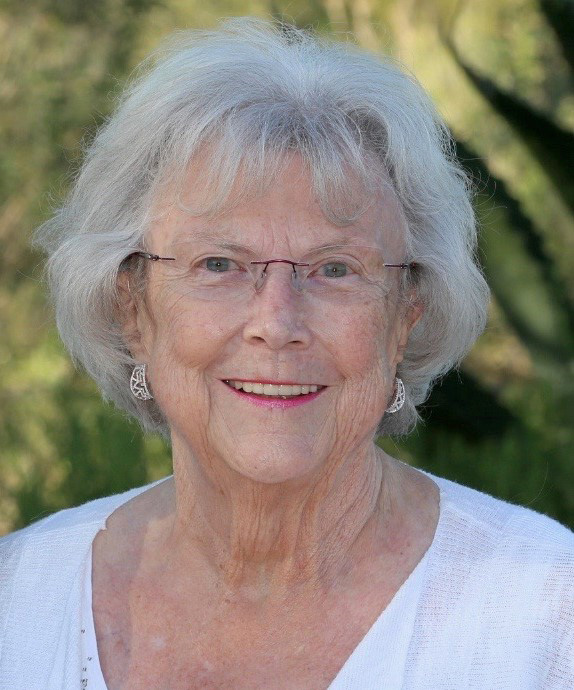 Helen Kay Swanson, age 85 of Cornelia GA, passed peacefully, surrounded by her family, Wednesday June 9, 2021. Born in Austin, Texas, she was the daughter of H.M. Stewart Sr. and Helen Stroud Stewart. In addition to her parents she was preceded in death by her daughter, Sabrina Kay Swanson.

Kay graduated from Mary Washington College in Fredericksburg, VA and while there she met her husband Dean who was attending the US Naval Academy in Annapolis, MD. They married in 1957, and reached their 64th wedding anniversary on the day of her passing. While Dean was in the US Airforce serving as a fighter pilot, they were stationed in various locations including Arizona, which they fell in love with and later returned to, sharing many fond memories with their family and friends. During their time with the Air Force, Kay began her full-time teaching career in a quonset hut in the Philippines. Upon their return to Cornelia in 1964, she continued her teaching career in the Habersham County school system for many years.  She later joined Standard Telephone Company, where she actively served in an executive role as Treasurer until 1999.

After her time at Standard Telephone Company, Kay continued her and her father’s encompassing passion to support the Northeast Georgia Community. Her love of God was expressed through her support and membership in the Cornelia United Methodist Church. Her belief in education led to generous support for the continued growth of Piedmont University and The University of North Georgia. She expressed her love for both the arts and the preservation of local history through the establishment of the Folk Pottery Museum of Northeast Georgia.

The family will announce a Celebration of Life at a later date this summer in Cornelia, GA.

To celebrate Kay’s lifelong love of giving the family encourages you to make a donation in her memory to a charity of your choice or one of her favorites:

Many prayers to the Swanson family. Mrs. Kay was a lovely person and will be missed by many.

My earliest childhood memories include the Swansons and of all the gatherings our families shared. I vividly remember a picture my mom had of Kay and Dean at a military ball in Annapolis just before they were married. I have comfort that Sabrina has Kay beside her as they were definitely two of a kind. All my love, Sallie.

Saying goodbye to someone we love is heartbreaking. Aunt Kay will be greatly missed but her warmth, kindness, and gentle spirit will be remembered forever. I (Kathy) have especially fond memories of visits to the ranch in Arizona. Our thoughts and prayers are with you all during this difficult time.

So sorry for your loss. We will be praying for the family!!

Condolences to family and friends , prayers for comfort and peace during this sad time

We are so very sorry for your loss. What an amazing lady! Sending prayers and big hugs. We love you all!