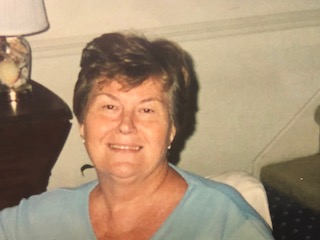 Mary Angela Johansen Futch, 79, was born in Savannah, GA and went to be with her Lord and Savior on Monday, May 17, 2021. She was surrounded by her loving family that were with her until the end.

Early in her career, she worked for Southern Bell before becoming a full-time wife and mother. Later in life she worked and retired from Belk Department Store. Mary’s number one job and main focus was being an amazing mother to her four children, Beth Anderson, Peter Futch, Andy Futch and Katie Futch and making sure they were where they needed to be. She was a loving and faithful wife of thirty-eight years to her late husband, Jerry Futch. She always put family first. Her children would say she won mother of the year for the last fifty years and grandmother of the year for the last twenty-one years.

Mary was a member of Nativity Catholic Church and Saint Peter the Apostle Catholic Church while living in Savannah. She moved to Tennessee after the passing of her husband in 2008 and attended Saint Ann’s Catholic Church. She was a graduate of St. Vincent’s Academy where she in the Choir.

The Mass of Christian Burial will be 10:00 a.m., Friday, May 21, 2021 at Sacred Heart Catholic Church. Burial will follow in the Catholic Cemetery.

We never had the pleasure of meeting Mrs. Futch, but we LOVE Andy and Krista and Harper and JR! We do send our sympathy and love to the whole Futch family. We know she's in Heaven with her Lord and all her loved ones.

Sending Love & hugs to the Futch & Anderson family. My heart breaks for the loss of your Mother, Angela. We all have special memories of a great Mom & Grandmother. I will miss my dear friend.

With deepest sympathy to Mary Angela's family and friends. Her classmate at St. Vincent's Academy, Martha.

Andy & Family, Our thoughts & prayers are with you all during this sad time. Your Mom will be remembered by us as a very kind & compassionate lady. Your Dad & Mom started a relationship with us servicing their vehicles & you continue coming in to this day. May God Bless you & your family with comfort & peace.

Beth, Peter, Andy, Katie and Family, my deepest sympathies are with you all during this difficult time. Your mother had a smile that lit up every room and an amazing spirit. Sugh a lovely lady who will be greatly missed by so many. Much love to you all.

Andy, I am sorry to hear of the passing of your mother. You and your family have my sincere condolences.

We have lost a very dear & true friend from many yrs. ago & express our love & sympathy to the entire family. We have always kept in touch & will surely miss her. May she RIP & always be remembered. Blessings, Jackie & Brooks (Florida)

The Hendricks family are very sorry to hear of the passing of your mother. You and your family have my sincere condolences. Send hugs for all!