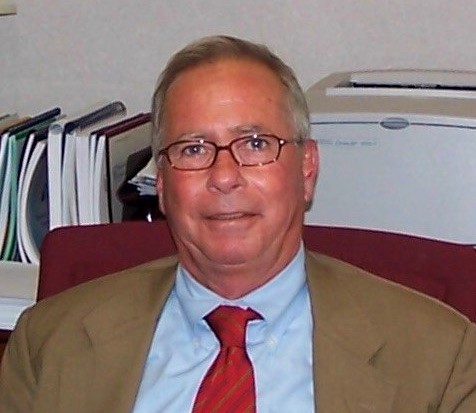 John was born in Davenport, Iowa, and grew up in Savannah, Ga., where he graduated from Savannah Country Day School. He went on to earn his undergraduate degree from the University of Virginia and a master’s degree from Emory University.

John served in the United States Army with a tour in Vietnam, from 1969 until 1970, during much of which he saw heavy combat.

John was a financial advisor for much of his career. He also worked in the managed care area at St. Joseph’s Hospital in Savannah.

John was predeceased by his parents and is survived by his siblings: sister Andrea Marshall, and her husband Bill of Pembroke Pines, Fl.; brother Kirk Victor of Washington, D.C.; sister Jane Showalter and her husband Carl of Charlotte, NC; sisters Jacquelyn Waxenberg of Asheville, NC and Jeri Waxenberg-Wolfson of Naples, Fla; brother Will Victor and his wife Gabrielle of Memphis, TN.; brother Frederic Victor of Atlanta, GA;  niece Maggie Victor of Atlanta, and nephews Brian Blount of Plantation, Fl.; Vic Showalter of Albuquerque, NM.; Ward Showalter of Washington, D.C.; Pete Showalter of Austin, TX; and Henry Victor of Atlanta; and great nephews Alex, Spencer and Hayden Blount; as well as numerous cousins.

A graveside service to celebrate John's life will be held at 11 am, on Monday, May 24, 2021, at Greenwich Cemetery.

Memorials may be sent to the Gary Sinise Foundation, garysinisefoundation.org or the Humane Society for Greater Savannah, 7215 Sallie Mood Drive, Savannah, GA 31406.

Peace be with you always

John was a wonderful volunteer in our school system for a number of years and became a dear friend. He will be truly missed. "May God hold him in the palm of His hand"

We are sorry for your loss. May the pain lessen and the memories enhance.

So sorry to hear about Johnny's unexpected passing. I'm so glad that we got to talk at our last class reunion. I would have been at the funeral, but was out of town.