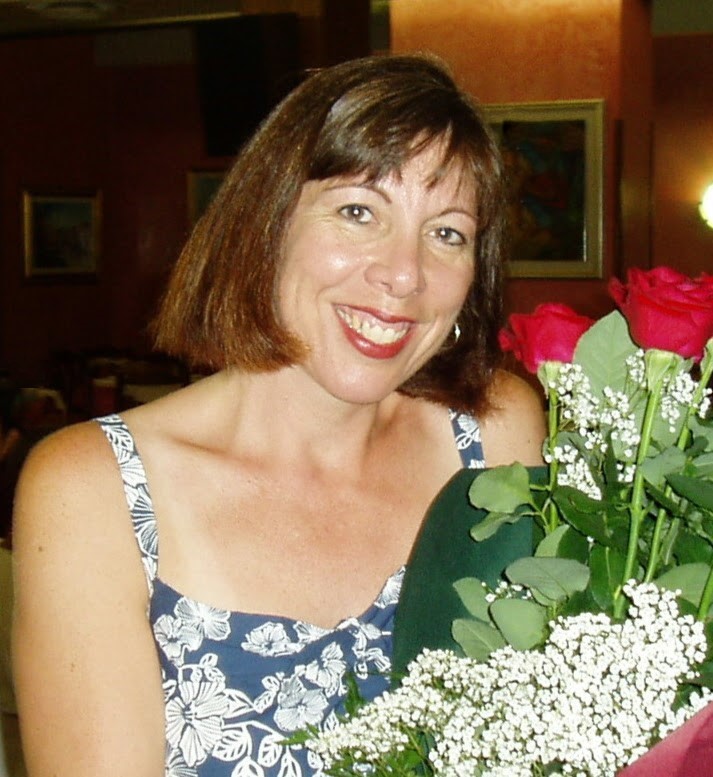 Christine Ann (Acheson) Marshall, age 65, passed away on May 10, 2021 in Ft. Wayne, Indiana after suffering a stroke.

The many people who had the privilege of knowing Chris Marshall remember that she was generous, wise, and a good listener. She had a knack for drawing people in—for making them feel seen, included, and welcome. Chris modeled the truth that hospitality is about more than simply cooking a meal for someone (although she excelled at that, too); it requires genuine and selfless consideration for another’s needs or comforts. Chris had a rare gift for creating a haven for others, and now Jesus Christ has called her home to the place He’s prepared for her.

Throughout her 20s, Chris served on the mission field in various capacities in Mexico, the Dominican Republic, and Colombia, and this sparked a lifelong passion for the peoples and cultures of Latin America. Colombia sparked other lifelong passions for Chris as well, since it’s where she met her future husband, David Marshall, whose time in Colombia intersected hers for a brief but significant period.

Chris completed a Master of Social Work from the Worden School of Social Services in San Antonio, Texas in 1979. She and David were married later that year on December 29 in Ft. Wayne, Indiana.

After relocating a few times, Chris and David settled near David’s family in Savannah, Georgia, where they raised and homeschooled their six children. Leading by example, Chris taught her children to glorify God and enjoy the blessings of family and God’s creation, whether on epic camping trips out West, at the beach, or in their own neighborhood.

In 2003, God fulfilled Chris’s dream of returning to Latin America, and the Marshall family moved to Costa Rica and then Chile to serve as missionaries for the next two years.

In 2009, Chris and David moved to Birmingham, Alabama. After graduating her youngest child from highschool, Chris devoted her time to tutoring, teaching Spanish in homeschool co-ops, and creating a restful retreat for her children and increasing number of grandchildren. She loved going for walks, studying the Bible, traveling with David, swimming, and sitting on the porch with a cup of coffee, phone at the ready for a chat with her children, dad, siblings, or a friend.

For the last decade of her life, Chris prayed over and chose a “word of the year” along with a Scripture verse to focus on. Her word for 2021 was Hope, and the key verse was Psalm 39:7: “And now, Lord, for what do I wait? My hope is in Thee.”

Chris will be dearly missed by her husband David; children Emma (with husband Kevin), Anna (with husband Eric), Amy, Elsie (with husband Eric), Will (with wife Marianne), and Peter; grandchildren Josiah, Caedmon, Eleanor, Wesley, Eden, Madeleine, Nathaniel, James, Clifford, and Felicity; father James Acheson; and siblings Pam, Doug, and Melissa and their families; as well as many in-laws, nephews, nieces, aunts, uncles, and hundreds of people whose lives she touched. Chris is preceded in death by her mother, Kay Clouse Acheson, and her brother Jim.

Funeral service will be held at Bethel United Methodist Church (8405 Lima Rd) in Ft. Wayne, Indiana, May 18th at 11:00 a.m. Attendees are welcome to wear cheerful colors as a way of commemorating Chris's joyful attitude toward life and her hopeful outlook on death and Heaven.

A graveside service will be held at Greenwich Cemetery (330 Greenwich Rd) in Savannah, Georgia on Friday, May 21st at 11:00 a.m.

In lieu of flowers, the Marshall family requests that donations be made to Compassion International, and that you consider sponsoring a child through this organization as a way to honor Chris’s memory.

Thankful that Chris is with our Lord. My love to each of you.

I met Chris at Chelsea Tutorials and was struck at her friendliness. We had wonderful conversations about language and other geeky things. We will miss her greatly.

We are praying for your family. May God hold you very close in your grief. We give thanks got Chris's beautiful life.How fortunate we were to know her!

I didn't know your mother but know Emma and Kevin. My heart goes out to all of your family at this difficult time. After reading this wonderful remembrance of her life, I know she will be honored through her legacy of the wonderful children and grandchildren she leaves behind.

With shock and sadness we read this obituary. Even though we had just gotten to know Chris, we found her to be such a genuine, caring, and loving person. We were hoping after we were able to meet together again to spend more time with her. Our prayers go to David and all the family.

Heaven's gain is truly our loss as we mourn this dear saint. I only met Chris on a few occasions through Emma, but each moment I spent with her, I was blown away by her wisdom, compassion, and welcoming spirit. She left such a beautiful legacy, and her impact will echo through generations to come.

My husband and I are Skylark Drive Friends of Emma and Kevin and their sweet family. I was so sorry to hear of Chris's passing but I must say that this is one of the most uplifting obituaries that I have ever read. As a Christian, I so enjoyed reading of Chris's life and commitment to God's calling on her life. It encouraged me personally having never met her so her influence continues. Emma, you look exactly like your beautiful mother. I could not get over the resemblance. May you and your entire family be comforted during this week and in the days to come as you celebrate her life. We love you, Tommy and Susan

My sons were blessed to have Chris as their Spanish teacher this past year and a few years prior. She always had a smile on her face and was so friendly to everyone she came across. My boys were so sad to hear of her passing. They said she was always so kind, encouraging, and patient with her students, and she liked to have fun in class. I know she will be deeply missed. Prayers for your family.

So shocked and saddened to receive this news. Our thoughts and prayers are with this wonderful ladies family. I feel so blessed to have known her (and family).

My dear brother David and family, it was with great sadness that Juanita and I were notified of Chris’s death. We were confident of recovery particularly after talking to David on Sunday, however, God had a greater purpose for our faithful sister. I can not think of a more faithful servant of Christ than Chris. When our children were young we looked to you as examples and Juanita always depended on Chris for wisdom. My brother David we have always been kindred spirits and you are always near me in my thoughts. We can rejoice that Chris has heard Jesus say upon her arrival, “Well done thou good and faithful servant.” We all will miss her however, it is not goodbye but farewell. 1Thessalonians 4:13. My thoughts of Chris from now on will bring to mind Revelation 14:13. God be with you all.

I learned of Chris' news at church Sunday, David, and was so very sorry to hear it. She had a true gift of encouraging and lifting others up. I admired her for this and wish I had had the opportunity to work with her in our music program at church---I almost did, as you are aware, but COVID changed a lot of things. Chris is singing in God's Choir now, and you and I will join her one day. Many blessings upon you and her memory.

Chris and David Marshall were the first to invite my then new husband and me to their home after church for a meal. They opened their home and their hearts to many, many people. Chris made homeschooling and parenting six children look easy. I often marveled at her loving patience in training their youngest to sit in church. Later as their family grew up, after returning from their experience as Missionaries in Chile, they were visiting our church. I again marveled at her ability to understand and flow along with the changes in her children's lives -- one or more undergoing inner questioning about life choices -- and she loved them with acceptance and patience right on. Her oldest daughter is now a published author showing that those early seeds that were sown in their humble homeschool have borne beautiful fruit. In her passing, I just want to say, "Thank You, Heavenly Father, for using this dear saint in the lives of hundreds of people." She left a fragrant aroma of Christ with every life she touched.

So very sorry for your loss, but thankful that Chris is indeed home.