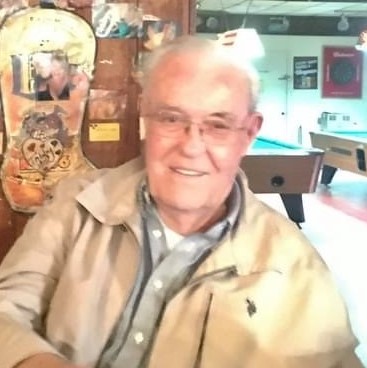 He was born in Wheeler County, Georgia and moved to Savannah when he was 18 years old. After marrying Barbara Ann Dowdy, he and his father went into the drywall and insulation business, and Montford Drywall was born. Wallace nurtured his drywall business until his retirement in 2008. He also owned the Captains Lounge for more than 43 years where he was loved by his patrons and staff, that were like family to him.

The funeral service will be held at 2:00 p.m. Wednesday, April 7, 2021 at Robert-Stewart Funeral Home in Glenwood, GA. The family will receive friends one hour prior to the service. Burial will follow in Glenwood City Cemetery.

So sorry to hear of ur dad, Eddie. I thought of him as a father. Wallace holds a special place in my heart. Never forgotten

Sending all of my prayers and condolences for Mr. Wallace's family and friends! He was a father figure to so many of us! Great man will be dearly missed.

I'm so sorry for you loss.I'm praying for the family. His daughter is a sweet person.

You will be missed.God bless your family.

You will be missed.God bless your family.

After working for your daddy first at the bar on Montgomery Street and then for him at Captains Lounge from 1977 - 1985, I developed a respect like no other. Between my son's daddy, Danny, his uncles Steve, Wally, and James. We all loved him like an uncle or a dad. Awesome influence in my life. He and Catfish; RIP Wallace My prayers are with you Eddie and to your sister as well.

Im sorry to read about Mr Wallaces passing. He was a great man who would do anything for anyone he could. I send my condolences to his family and friends. RIP Mr Wallace

RIP Wallace. You are now in peace with real love all around you