He believed that he was truly blessed and was always filled with gratitude for his many gifts. 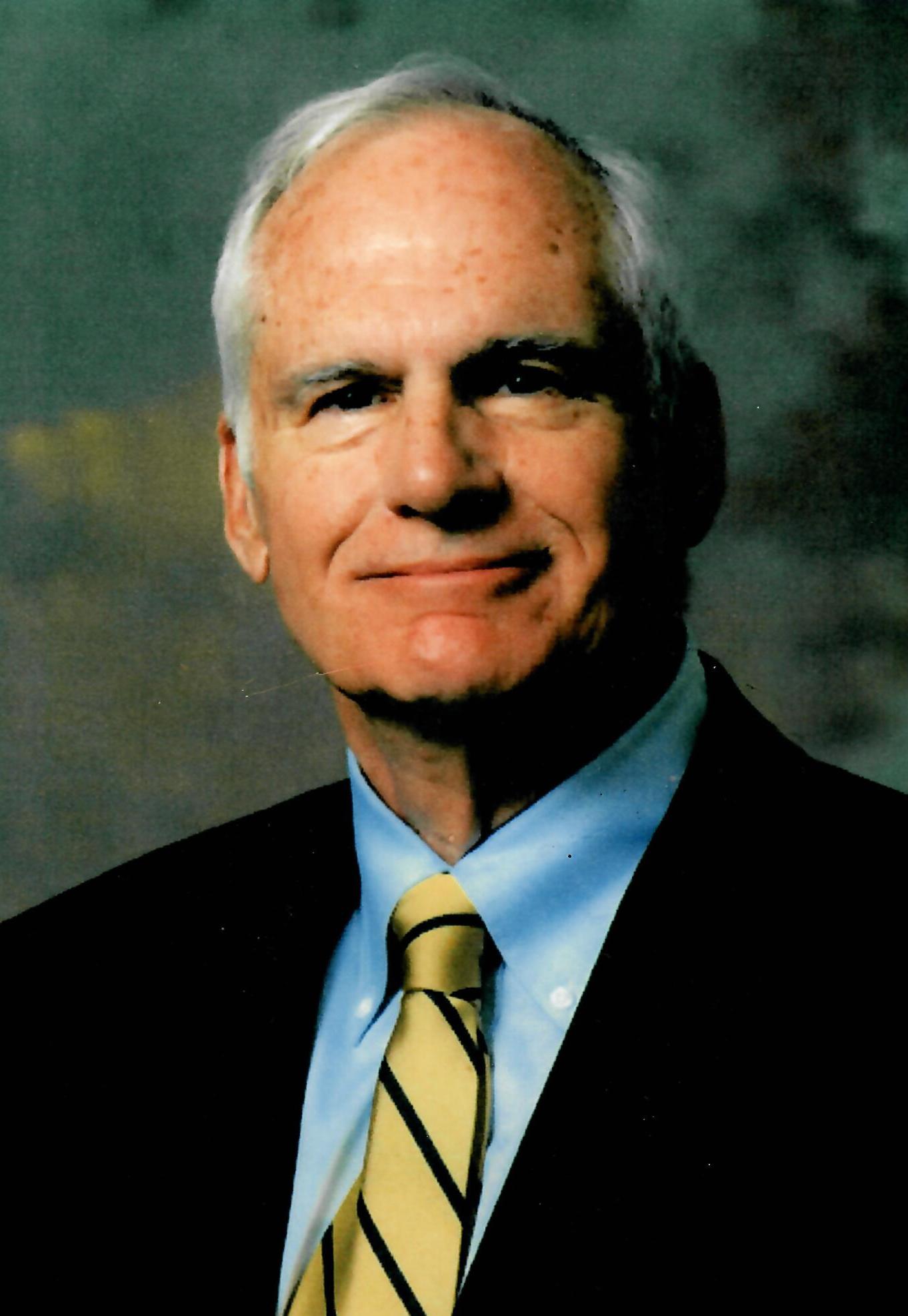 John Marshall Jones, Jr. died peacefully at age 84 on the evening of April 3, 2021.  Jack was born in Savannah at the Mary Telfair Hospital on May 12, 1936.  He was a son of the late John Marshall Jones and Lyla Brown Jones.

He attended local schools and was a graduate of Episcopal High School in Alexandria, Virginia and the University of North Carolina, Chapel Hill with a degree in Economics.  While there, he was president of Sigma Alpha Epsilon fraternity, a member of the Honor Council, and the Order of Gimghoul.

He was a partner in Jones, Hill and Mercer Insurance Company, chairman of Harbour Resources and a founder and director of Compass Health Management Services.

Jack was a founder and director of First Bank of Savannah that became Wachovia Bank, a founder and director of The Savannah Bankcorp that became South State Bank, board member and chairman of Memorial Hospital, and board member and chairman of South University.  He served on many boards in our community including Armstrong State University Foundation, Savannah Country Day School, Chamber of Commerce executive committee, United Way chair of special gifts, past director of the Savannah Rotary Club, and past president of the National Association of Claims and Services.  He also served on the board of United Ministries of Savannah and Dulany Industries, Inc.

Jack was always active in his early years as he flew his little Cessna around the Bahamas for scuba diving.  He treasured his many trips to the Colorado mountains for skiing, hiking, and camping with his children, grandchildren, and friends.  Those unforgettable trips were always filled with joy, laughter, and fun.

Jack was a Master Gardener.  One of his greatest pleasures was working on the grounds of his childhood home at Turner’s Rock.  He had a deep appreciation for nature and the simple things in life.  He found happiness in reading a good book, lunch with “The Boys” at the O Club, taking walks at Tybee, and exploring the Wilmington River and the natural treasures of our coast.  Hiking in the mountains of Highlands, North Carolina was a traditional highlight of his summers in the old days.  He always discovered something beautiful in the different colors of sunsets and the changing tides and seasons of the year.  But, it was his loving relationship with his wife of sixty years, his children, grandchildren, godchildren, and friends that fulfilled him.  He believed that he was truly blessed and was always filled with gratitude for his many gifts.

Jack was a lifelong member of Christ Church where he was baptized and confirmed in the Episcopal Church.  He served on the vestry and was a past Senior Warden of the parish on Johnson Square.  His faith in God sustained him throughout his life.

He is survived by his wife Mimi and his children; Catherine Jones Holden of Savannah, John Marshall Jones, III (Julia Matthews) of Chattanooga, Tennessee and Mikell Adams Jones (Katherine Cornelius) of Atlanta, Georgia.

The family is grateful to Mary L. Green for her love, kindness, and many years of gentle encouragement, his compassionate caregivers, and Rufus Smalls, his devoted friend and driver.

Funeral services will be held at 11am on Thursday, April 8, 2021 at Bonaventure Cemetery.  All COVID precautions are requested by the family.

My deepest condolences are with you all during this difficult time. May the love and grace of John Marshall Jones, Jr. forever live within each of you! God Bless and many prayers up for you all!

May the love and care of those around you provide peace and comfort. My most sincere and heartfelt condolences to you. - Brittany Walker

Mimi, my deepest sympathies for you and your family. All the wonderful memories will forever be with you and comfort you. Teresa

Thoughts and prayers to the family. Big Jack was a fantastic man and wonderful host. Many good memories. Love Todd & Meg

As a friend of Catherine's at school and church, I would marvel at how cool and calm your dad was and is for that matter. Leaders in church like him guided us well. I offer my condolences for you and celebration for a purpose-driven life.

Jack was an exceptional business and community leader and someone I greatly admired. He had a profound positive impact on our city.

This is a sad day. Jack was a very fine and kind gentleman. He is sadly missed by my wife and I. To Mimi and the family, May our Lord and Savior cover you during this bereavement. Love you guys.

What a wonderful, full life he led, using his gifts to benefit the community. Well done, good and faithful servant. He has entered into the joy of the Master.

My thoughts and prayers are with you all. Mr. Jones was a mentor for me while working for Jones, Hill and Mercer.

Mimi and family, my thoughts and prayers are with you during this difficult time. May all the wonderful memories bring comfort and peace .

Mimi and family, my thoughts and prayers are with you during this difficult time. May all the wonderful memories bring comfort and peace .

Dear dear Mimi. May the spirit of Easter fully embrace you with a peace beyond all understanding as the rest of us sing to Jack “Well done good and faithful servant.”❤️❤️

Jack represented the heart and soul of our treasured Turners Rock...he served in many capacities: arbitrator of disputes, advisor of what to do and what not to do, assist in projects, etc....his focus was always to do what’s best for our island as a whole rather than one individual...his steady council, gentle smile and guiding influence will be greatly missed...

While researching Turner's Rock for my Island Memories book, I met Jack. He was ever so helpful, sharing history and clippings that were very useful., even inviting me to his beautiful home. I found Jack to be the consummate Southern gentleman and we became friends - later on we might meet up pumping gas at Enmark or shopping at Ace. I enjoyed very much being able to write about him. I am so very sorry for your loss, he was a great asset to the community. .

Dear Catherine, I am so sorry for your loss. Deepest sympathies, and continued prayers for strength to you and your family at this difficult time.

Thoughts and prayers for the family. He was such a good neighbor and kind to all. Fond memories will certainly live on forever in the hearts and minds of those whose lives he touched. Remember, there is an Easter and take comfort. "For death is no more than a turning of us over from time to eternity." (William Penn)

All of us at Greenbriar Children's Center send our deepest condolences. Please know that you are all in our thoughts and prayers.

Dear Catherine, I was coming to Savannah with my husband and was trying to connect with you and in so doing, I learned that your dad had just passed away. I have such warm, lovely, memories of your cute parents, Mimi and Jack, moving you into Lupton freshman year. Please know how sorry I am to hear that your dad had passed away. Hugs to you and your mom and hope that you, your brothers and your children are well. If you get out to LA, pls don’t hesitate to get in touch. xo, Tracy Rudman (Berglass) 310-488-0717 berglass@aol.com