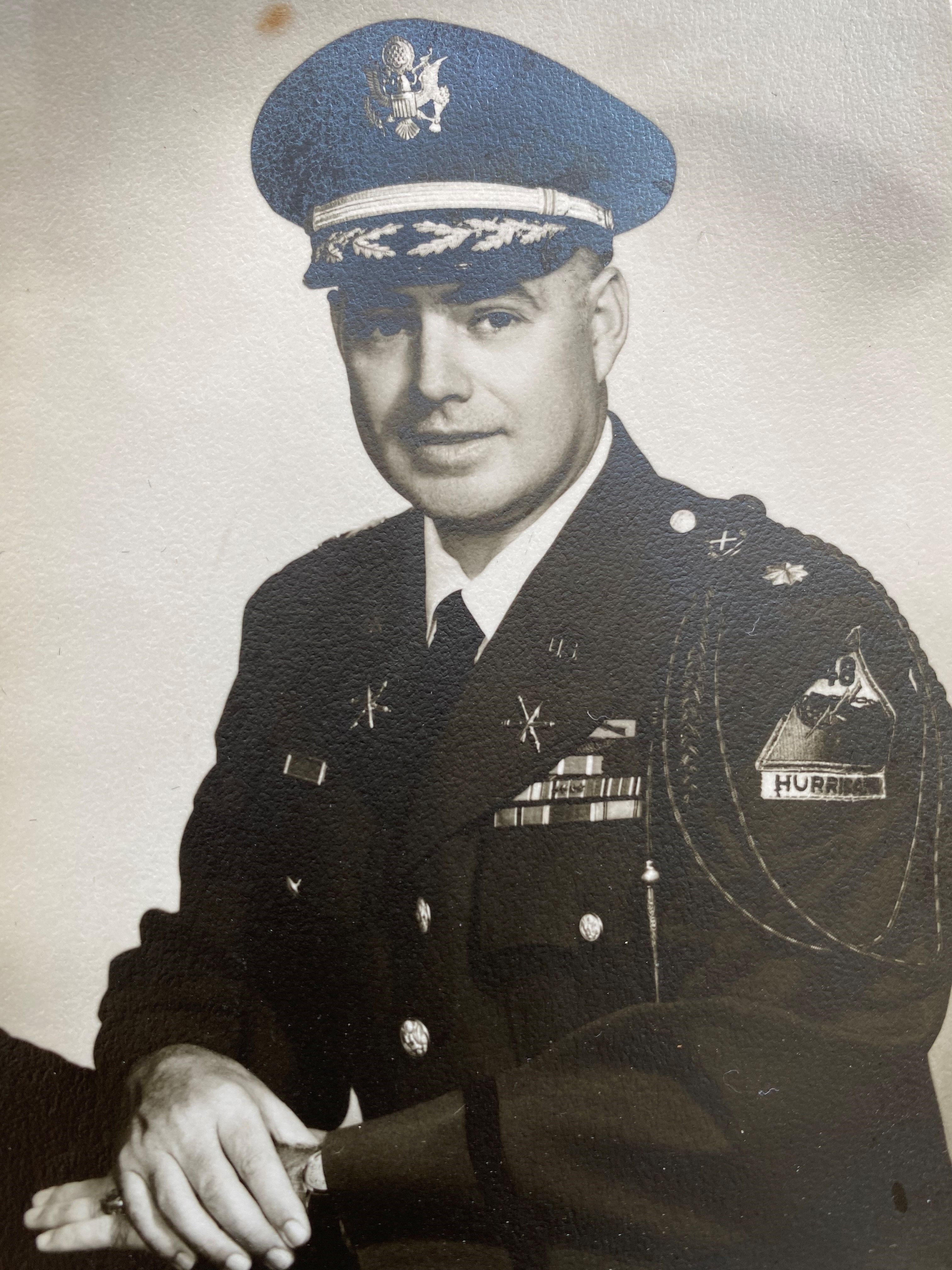 Billy attended six years of Chatham County public schools and two years at Marist Brothers School, graduating form Benedictine Military School in 1939. Billy was one of six cadets of Benedictine to attend Senior ROTC Summer Camp at Fort McClelland Alabama in 1939. He was eligible for commission as Second Lieutenant Infantry upon his twenty-first birthday.

He was commissioned Second Lieutenant US Army reserves on November 22, 1941. He served four years, seeing combat in World War Two with the Second Infantry Division in the European Theatre of Operations. He retired in January 1946 with the rank of Captain of Infantry having been awarded the Purple Heart at the Battle of the Bulge, the Bronze Star, the Combat Infantryman Badge, and four Battle Stars for the E.T.O.  He remained in the US Army Reserves and the Georgia National Guard for twenty-four years and retired November 1969 as Lieutenant Colonel Artillery.

He was formerly employed by Neal Blun Company, Savannah Lumber and Supply Company, and the Coronado Company. He retired in 1983 after twenty-two years with Champion International Company (formerly US Plywood Company).

Billy served as a volunteer at Candler Hospital for over twenty-five years as well as serving on their Board of Directors. He was Past President of the Savannah Jaycees, Chatham Artillery, and the Georgia Historical Military Society, and was District Chairman of the Coastal Empire Council of Boy Scouts of America. He was also a member of the Savannah Volunteer Guards Historical Military Organization and a longtime member of American Legion Post 184.

A Memorial Graveside Service will be held at 2:00 p.m., Saturday, April 10, 2021 in the Greenwich Section of Bonaventure Cemetery.