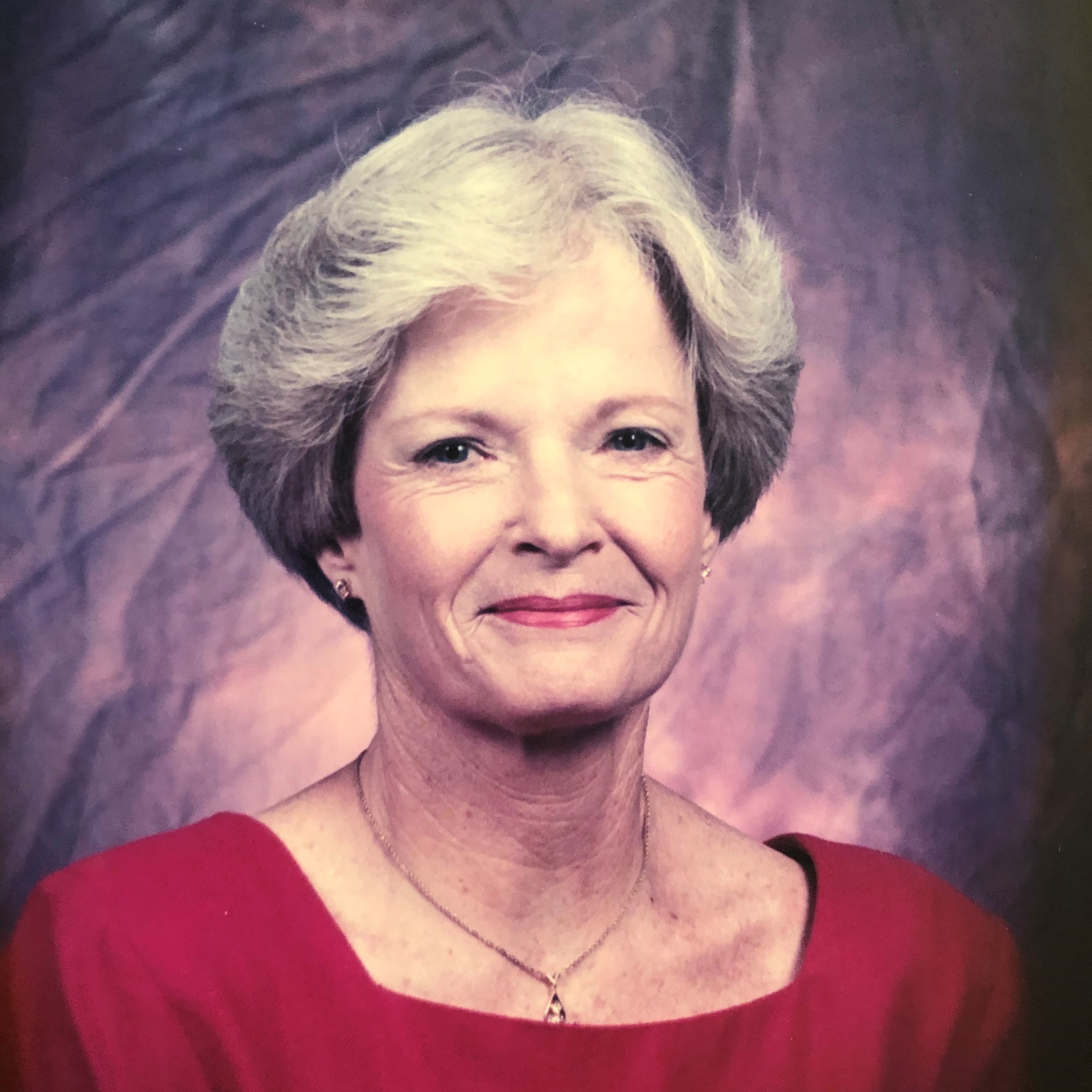 Sarah “Wincy” Horton Harden passed away on March 21, 2021 peacefully at home under Hospice care, at the age of 80.

Wincy was born to General (Ret) John Battle Horton and Dorothy Elizabeth Horton on February 17, 1941 at Fort Bliss Army Base in El Paso, Texas. As a child of a military officer, she spent some years attending boarding school in Switzerland and completed high school at Manatee High School in Bradenton, Florida.

Wincy met her husband, Colonel (Ret) James “Jim” E. Harden at Florida State University.  They married in 1963 and were blessed with two children, James “Jamie” E. Harden Jr., and Wincy “Windee” Dee Harden.  They were an Air Force family and as such had many moves.  They lived in California at Vandenburg AFB (where Jamie was born), Ohio at Wright-Patterson AFB (where Windee was born), England at Lakenheath AFB, Maryland at Andrews AFB, Massachusetts at Hanscom AFB and after Jim retired from the military, he joined Gulfstream Aerospace and the family moved to Savannah, Georgia.

In addition to being a dedicated and loving wife and mother, Wincy was involved with many activities wherever they lived.  She was a committed member of the Officers’ Wives Clubs and very involved in their local church.  In Savannah, she was a member of the Garden Club of Savannah and was serving as their representative to the Savannah Area Council of Garden Clubs (SACGC).  She also served as Parliamentarian and Treasurer for SACGC.  Wincy was a member of the Huntingdon Club of Savannah and a faithful member of Bible Study Fellowship.  She was a member of the Savannah Area Republican Women and a dutiful volunteer at the polls.  Wincy was a member of St. Francis of the Islands Episcopal Church and served as an Altar Guild Chairman for many years.   She held a soft spot in her heart for animals and supported many causes that promoted their welfare.  She was a strong supporter of our law enforcement and military communities.  Above all, Wincy was an outstanding wife, mother, daughter and grandmother.

Wincy was predeceased by her parents.  She is survived by her devoted husband, Jim; their children, Jamie Harden, and Windee Helle, and their grandchildren:  John Battle Harden, Elizabeth Lee (Ellee) Harden, Turner Emmett Harden, Reagan Elizabeth Helle and Cameron James Helle.  Given that Harden animals were always considered family, we would be remiss if we didn’t mention Maddie, the Westie, as well.

We take comfort in the strong belief that Wincy is reunited with God in Heaven, free of burden, pain, and suffering and with the knowledge that we will join her someday for eternity.

A private service was held on Saturday at St. Francis of the Islands Episcopal Church.

In lieu of flowers, donations can be made to the Humane Society for Greater Savannah or Hospice Savannah.

Jim and family - So sorry to hear of our beloved “Miss Wincy”. She was royalty who we always considered to be the First Lady of the Program Office. I would think everyone who knew her will grieve, but let’s also rejoice that she has passed to be with God in Heaven.

Jim: Tom called this morning to let me know about Wincy, and I was so sad to hear that news. I have so many memories of the times 'way back in high school that a bunch of us spent out at Wincy's house after a movie or pizza, joking with Dorothy, who was always funny as heck. Wincy was always a class act and a great friend...my condolences to you and your family. Bujie

Jim and Family, I am so very sorry to hear of your loss. We were next door neighbors in Lakenheath between 1973-1975. I remember meeting Wincy's father as well during a visit. I think he suddenly became the neighborhood grandfather and was kind to the kids who missed seeing their own grandparents. Hugs and prayers to you all. Judy Wilson

Jim and Family, We send you our condolences. Jim and Wincy were our neighbors in North Carolina. Remembering all the great times we had together. All will miss her here. God Bless the family. Wincy ,until we meet again. We love you and will miss you .

Windee and family. What a wonderful tribute to a beautiful lady. I’m so sorry for the loss of your Mom and grandmother. We are keeping you in our thoughts and prayers during this difficult time.

Windee and Family, we are so very sorry for your loss and continue to pray for your comfort during this difficult time. Your sweet mom always had the brightest smile whenever we saw her. Sending you all our love. Heaven has gained the most beautiful Angel.

So very sad to hear of Wincey’s passing. We were great friends in Savannah Area Republican Women. I will miss Wincy so much, loved her , we had such fun together. May God bless your family May Disher

My heart aches with pain because I was unable to talk to my sweet friend. She was always very giving in any situation. I will miss her. She has passed from this earth but still in our heart. Rest In Peace Wincy! Love to your family, may God hold them close to him.

Jim: So sorry to learn of Wincy’s passing. I attended school with Wincy in Bäd Tölz and Darmstädt, Germany in the early 1950s and remember attending her birthday party/sleepover in 1952. Though we never saw one another after leaving Germany, we did reconnect through social media a few years ago. I remember Wincy as a special friend.

We are devastated to hear of our sweet friend. Although, it’s been years since we last saw you both and shared a most memorable dinner in a historic restaurant during a visit, Christmas card exchange over the years and find memories of AF days are always in our thoughts and hearts. Our prayers are with you Jim and your family, arms around you in your grief. God bless Buzz and Dawn