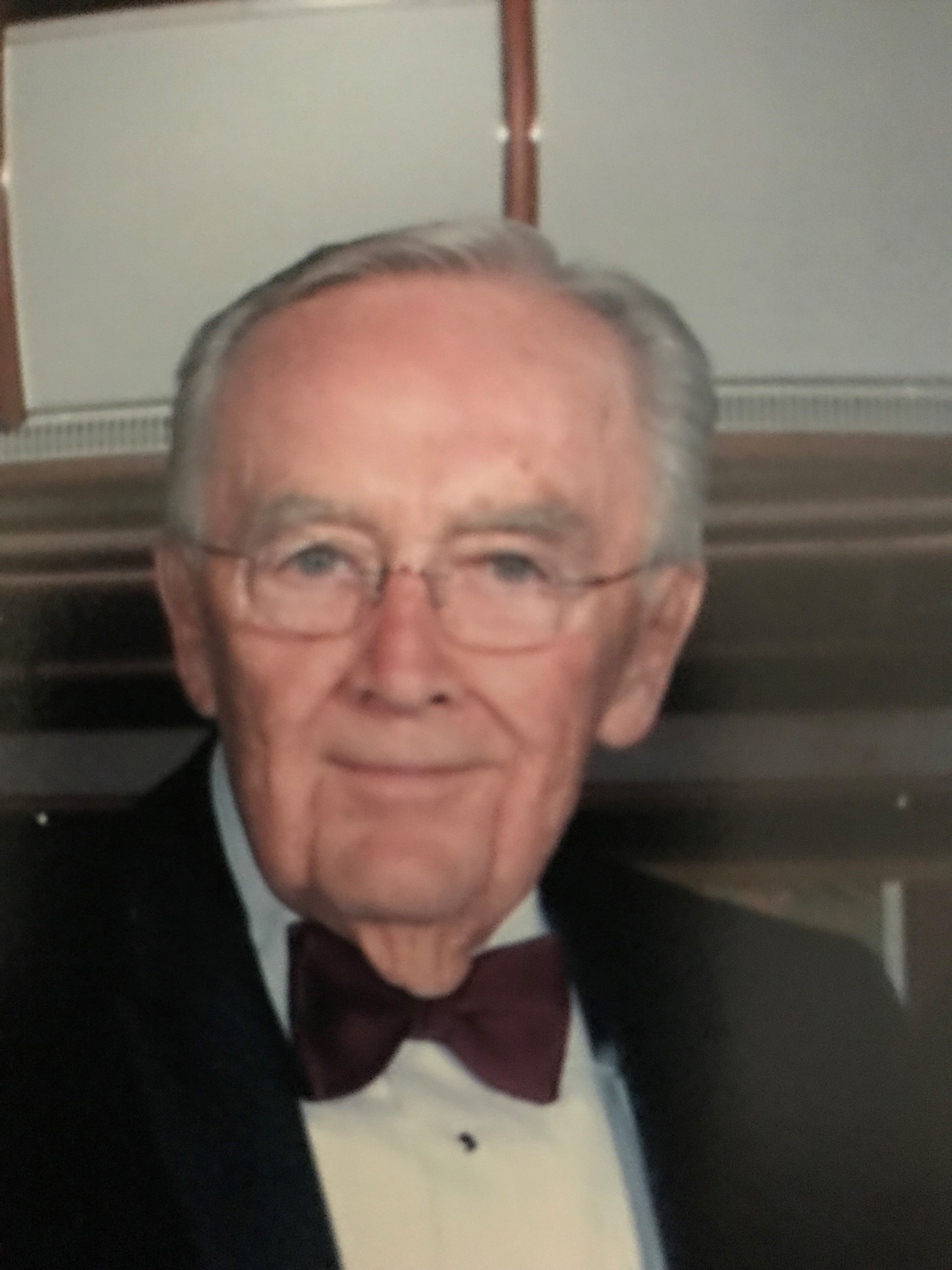 Donald Custis, M.D. died peacefully on March 18, 2021 at the Hospice of Savannah.  Born in Goshen, Ind., in 1917, he graduated from Wabash College and Northwestern University Medical School. He joined the Navy in 1942.  He completed his internship at Presbyterian Hospital in Chicago.  His wartime service was as medical officer on a Navy attack transport, USS Clinton, that participated in the final campaign of the war - the taking of Okinawa.

During a 10-year break from the Navy from 1946 to 1956, Dr. Custis was a surgical resident at Virginia Mason Hospital in Seattle, a surgical fellow at the Mason Clinic, a surgeon in private practice and a clinical associate in surgery at the University of Washington Medical School.

In 1956, Dr. Custis joined the staff of the American Medical Association Council on Medical Education where he certified residency programs through the country.  Later that same year, he returned to the Navy as a staff surgeon at the Naval Hospital, Portsmouth, VA.  Subsequent assignments saw his responsibilities grow.  He had succeeding assignments as Chief of Surgery at several Navy hospitals and later as an Executive Officer at the Philadelphia Naval Hospital.  He then served a year in Vietnam as Commanding Officer of the Naval Hospital in Danang.  Afterward, he commanded the Bethesda Naval Hospital for three years before becoming the 31st Surgeon General of the Navy in 1973.

Following his retirement from the Navy in 1976 with the rank of Vice Admiral, Dr. Custis went on to serve in the Veterans Administration, Washington, DC as the Director of Office for Academic Affairs where he oversaw all of the VA’s graduate medical relations with medical schools throughout the country. In 1978 he was appointed as the Chief Medical Director of the Veterans Administration by President Jimmy Carter, a position he held for six years.

Retiring for the second time, his work with America’s wounded warriors wasn’t over.  He accepted a position as Medical Director of the Paralyzed Veterans of America (PVA) where he directed the PVA’s grants to medical institutions throughout the country in their research and support of paralyzed veterans.  While at the PVA, Dr. Custis also established an independent budget review of the VA’s budget. The independent budget assessed the degree to which the budget was meeting the growing needs of American’s veterans.  The Independent Budget ultimately became critical to Congressional passage of the VA’s annual appropriation.

In his career, Dr. Custis received numerous awards and distinctions, including the Distinguished Service Medal and the Legion of Merit with Combat V for military service in Vietnam and the American Medical Association’s prestigious Nathan Davis Award.

Dr. Custis shared nearly 64 years of marriage with his wife and long term partner, Phyllis.  Meeting after an arranged a blind date just weeks before Pearl Harbor, they married in the spring of 1942.  After multiple Navy moves and duty stations, they finally settled in their first ever real home in Potomac, MD.  Phyllis passed away in 2005 and five years later, Dr. Custis moved to Savannah with his son Bruce and his wife, Carol, where he finally had time to devote to a longtime favorite hobby – painting. As an accomplished self taught artist, he had dabbled in painting all his life.  In his early years, he illustrated a medical textbook on block anesthesia that was being written by a physician friend while he was in private practice. That book, along with his illustrations, is now in its ninth edition. Here in Savannah, he enjoyed painting the scenic beauty of the city and its surrounding marshes.

Dr. Custis lived and traveled the world with Bruce and Carol until very recently when he became a full time resident at John Wesley Villas where he lived up until his passing.  He is survived by his son Bruce and his wife Carol as well as his son Peter and his wife Laura who reside in San Diego, CA and their adult children Nick and Nadine.

A private burial will be held at Arlington National Cemetery.

I worked with Dr. Custis a few times here at JWV. He was the sweetest, kindest person. He loved talking about his family and loved his career as a Dr. My deepest condolences to his family, friends, and anyone he has touched throughout his lifetime. He will be missed.

Susan and I always held Dr. Custis in high regard not only for his service in the Navy, but also for his kindness and thoughtfulness in the times we spent with him in California. Our thoughts and condolences to his family, extended family and friends.

What an amazing life for an amazing man. We will always cherish the times we spent with Dr. Custis as part of his extended family. We will remember his humor, wit and love for his family. Our deepest sympathy to his family and friends.

What a remarkable life!

I worked for and with Don Custis during his years with Va and PVA. He was the most dedicated advocate of Veterans I ever met.He was also the most able Administrator and kindest leader I served under.

My condolences at your loss. I worked for Dr. Custis the whole time he was Chief Medical Director. He was, by far, the best CMD I worked for during my entire VA career. He was humble, a gentleman, and a superb leader. He regularly sought my advice on personnel matters and always treated me with respect, even when we did not totally agree on an issue. I often thought of him after my retirement. The VA is a better place because of him and I became a better leader just from watching how he treated people. May he rest in peace