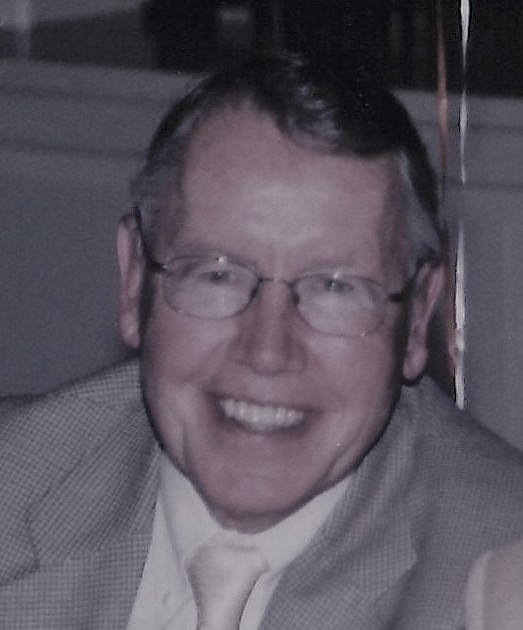 Thomas Lee Curless of Skidaway Island, Savannah, GA, died peacefully on Saturday, March 13th, 2021, at the age of 86. He passed away under the loving care of The Oaks team at The Marshes of Skidaway, where he heroically battled cancer.

Born in Bronxville, New York on October 31st, 1934, Tom was the son of Donald Lee Curless and Gretchen Drever Curless. He spent his childhood in Bronxville, and was a proud member of the Boy Scouts, achieving the rank of Eagle Scout. He attended Roosevelt High School and Dartmouth College as an ROTC student, where he earned an MBA from The Tuck School of Business in 1957. While he was in college, he was set up on a blind date and met the love of his life, Bret Bateman Birney, whom he married in December,1957.

Upon graduation, Tom moved to Dayton, Ohio, where he was stationed as an Air Force Captain. After he and Bret married, she joined him there. In 1960, the young family, which now included their daughter Catherine, moved to River Edge, New Jersey.  That same year, Tom started his thirty-five career as a CPA with Price Waterhouse in New York City.  He eventually became a partner and a bank specialist, working with clients such as Barclays, J.P. Morgan and Chase Manhattan.

The Curless family moved to Cedar Grove, New Jersey in 1962, and eventually to Chatham, in 1965. By this time, the young family included three daughters - Catherine, Carey and Rebecca.  In 1969, a son, Thomas Drever, was born. Life for the Curless family at 74 Highland Avenue was full of love and laughter, and many fond memories. On weekends, Tom spent a lot of time on courts, as he was an avid and highly competitive tennis and paddle tennis player.  He was a member of several clubs, including Fish and Game and Minisink, both in Chatham, and Canoe Brook Country Club in Summit, New Jersey.

When he retired, Tom and Bret moved to Skidaway Island, Georgia and began a new chapter of leisure, lots of golf and many new and meaningful friendships. With his many talents, Tom served on numerous boards, including The Landings Club and The Marshes. He also faithfully served his church, Skidaway Island United Methodist Church, where he volunteered many years as Treasurer, Head of the Finance Committee, and on the Pastor Parish Relations Committee.

His love of life, family, and friends endeared him to all who knew him. His friendly and fun- loving personality and optimism were contagious.  He was “Papa,” and “a legend” to eleven grandchildren, who adored him and treasured every moment spent with him. He enjoyed family vacations in Three Lakes, Wisconsin, where he’d spent his boyhood summers, and later in life, in Walloon Lake, Michigan. In retirement, he travelled abroad, with trips to Australia and many European countries, including Scotland, where his mother was born. He spent holidays with family making memories in New Jersey, Atlanta and Michigan. He was also a gifted card player and he loved to play games, especially Monopoly and Yahtzee. He almost always won! In recent years, he took up bocce and captained the winning team in his last season. He was also passionate about the NY Football Giants.

Tom was predeceased by his wife of 57 years, Bret, and is survived by his children: Catherine Hughes (John) of Basking Ridge, NJ, Carey Ahsler (John) of Morristown, NJ, Rebecca McDaniel (Charles) of Atlanta, GA, and Thomas Curless (Michelle) of Grand Blanc, MI.  He leaves behind eleven grandchildren: Patrick and Peter Hughes; Margaret Ahsler Hayes (Michael), Mac, Griffin, and Jared Ahsler; Bret, Connor and Owen McDaniel, and Madeline and McKenna Curless.  He is also survived by his brother, Donald L. Curless, and sister and brother-in-law, Jane and Howard Busse. He will be missed by so many, including his companion of the past few years, Sandie English.

The family wishes to thank Twyla Hill and Jessica Wolfe at The Oaks, who went to great lengths to keep Tom comfortable and smiling during his time there. This included daily servings of his very favorite ice cream - mocha chip.

Services to celebrate Tom’s life will be held at Skidaway Island United Methodist Church on Saturday, April 10th at 2:00 p.m.

I am so very sorry for your loss. Your parents were patients of mine since April 1995. They both were warm and lovely. I will miss our conversations. He gave me a great tip on some stock in NY years ago, let's say , I"m happy. Take comfort in knowing they both touched so many lives with their contagious smiles. Sincerely, Tonya Murphy, RDH Dr. Giorgio and Dr. Grill's office

Please accept my sincere condolences for your loss. Tom was a great golfing buddy and fraternity brother. I will miss him.