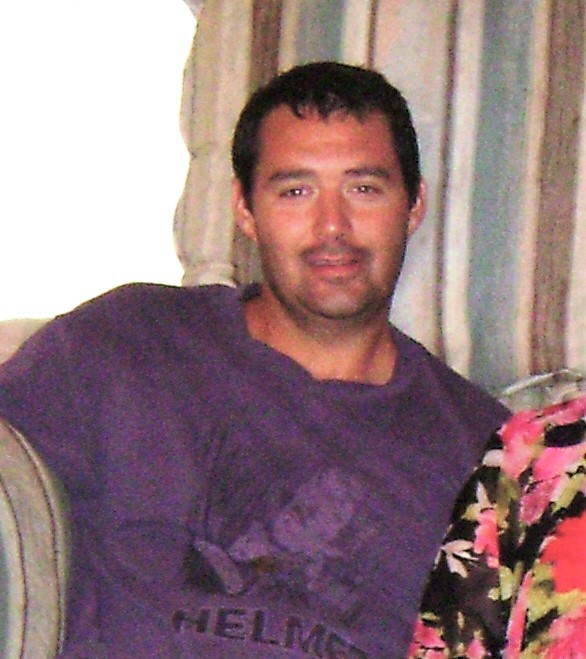 Edward Wesley Kilbourne, 47, passed away Friday, March 12, at his home on Wilmington Island.

Edward was born on April 5, 1973, at St. Joseph’s Hospital and spent his early childhood in Savannah before moving to North Georgia, where he attended Young Harris College. He spent summers and holidays in Savannah, often enjoying the coast’s barrier islands and beaches.

Edward returned to Savannah in 2011, where he was an International Longshoreman’s Association Union Local 1475 clerk and checker. He loved his children and family, music, (especially Built to Spill), reading, and exercise (including Crossfit).

A private memorial will be held. In lieu of flowers, donations may be made in Edward’s name to the Center for a Sustainable Coast, 221 Mallery Street, Suite B, St. Simons, Island, GA 31522.

Ed was my best friend starting in high school. He and I had such a wonderful connection through our love of music. There is nobody that will ever be able to fill this void in my life. He had a hard outer shell, but once you broke through that, he was one of the most real and loyal friends you could ever ask for. I loved Ed like he was my brother. Thank you Ed for introducing me to so much good music. Thank you for sharing life with me through all these years and thank you for being the best friend a guy could ask for. Rest In Peace my friend. I love you!

To all the Kilbourne family, (Michelle) We are so sorry to hear of Edwards’s passing. I haven’t known him for very long but I can tell you the times I worked with him at the port, he was always respectful, thoughtful and really cared about his job. I know this is a difficult time for you and your family. Our prayers go out for you. May the Lord grant you HIS peace

I miss you, Edward. You have always been more like my brother than my best friend. We laughed, we argued, we sometimes got pissed at each other and wouldn’t talk for a few days and then just randomly pick up where we left off, talked about music, we talked smack about football, and we debated politics better than the dang politicians. I still can’t believe we are never going to do any of that again. Your daughter said it best on Facebook, “You were always unapologetically yourself”. That’s what I loved and admired most about you. I know you finally have the peace you always wanted, but for me...this hurts. I miss you, brother. Whatever is waiting for us on the other side...save me a seat and I’ll see you when I get there. Love you, man.

I am so sorry to hear of his passing. I went to school with him at Union County High School. He was a very nice guy. Praying for his family.

I am so sorry to hear of his passing. I went to school with him at Union County High School. He was a very nice guy. Praying for his family.

I knew Edward since he was born. His father and I were in the same fraternity at Armstrong and I hung out with the Kilbourne family since my freshman year in college. He was a kind and considerate soul, navigating the maze of life. Our last conversation was to give me his condolences for the loss of my daughter, who was a good friend of his. He knew her all of her life. This unexpected tragedy is something that is impossible to understand until you experience. My deepest love and condolences to my friend and brother, Scott, as well as Edward's grandmother, Harriett, his aunts, Pat and Eileen. Also to his mother Telene, may God give you the strength and fortitude to deal with this tragedy. May you rest in peace Edward. You will be missed

There aren’t any words for such an unimaginable loss. I understand the pain of losing a family member whose age should have shielded them from such a fate. I hate that you all are experiencing this loss. I remember Scott bringing Edward over to my parent’s house once when he dropped Eileen off. Edward was young, only about a year old. Scott was so proud as he showed Edward off to my parents. My Mom always loved babies so she had no trouble agreeing with Scott’s assessment of his son. Edward was lucky to be loved by all of you and you by him. Support one another during this time. Share your memories often, cry and laugh together, and remember you share this loss. Lean on each other. Love to the entire Kilbourne family

My love goes out to Ed’s family. I’ve known Ed since I was a baby, as he was a family friend. So many fond memories! He had a great sense of humor, good taste in music and it was fun going back and forth with him about football! I truly enjoyed spending time with his kids Carmela and Ethan, and I can’t imagine how challenging this is for them. I pray for their peace at this time.