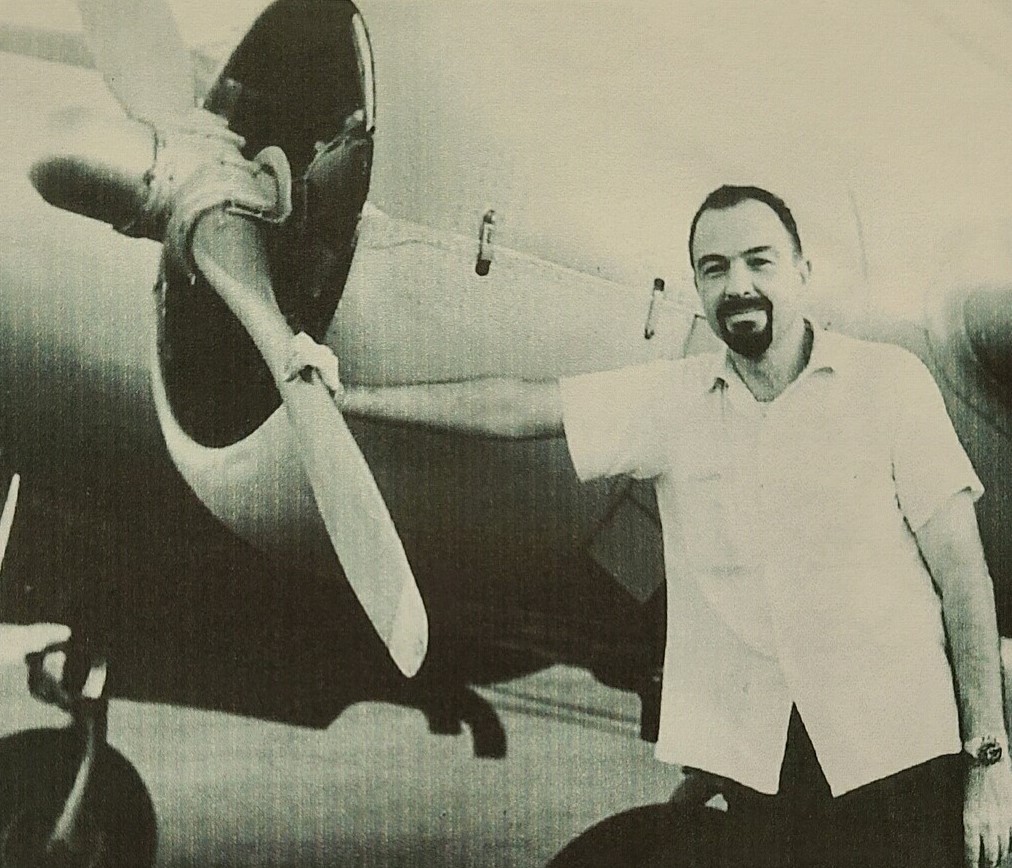 Hatem Hussein El-Khalidi, age 96, passed away peacefully February 24, 2021.  He was born in Jerusalem, Palestine, September 14th, 1924.  His father was Dr. Hussein Fakhri El-Khalidi, mayor of Jerusalem, and his mother was Wahide Fatimah El-Khalidi.

Hatem came to the United States and received his Master’s Degree in geology from Michigan State University.

His love of geology took him from the Wolverine Mountains in Michigan to the bayous of Louisiana with his late wife, Vivian Sumaya Ayoubee, El-Khalidi, and their three children.

His work led him overseas to Saudi Arabia, where he discovered one of the first and largest financially viable mineral and gold deposits on the Arabian Peninsula. With this discovery, the company, Arabian Shield Development, was formed. This mine is still in production today.

It was during his work and travels that he met his wife of 50 years, Ingrid, who very recently passed away.

A true renaissance man, our father was a pilot who flew solo across the Atlantic Ocean in his multi engine plane.  His plane is now a public monument at the old airport in Jedda, Saudi Arabia.  In addition, he was a prolific author, explorer, and scientist.

Hatem was most proud and honored to have served this country by being in the CIA.  He was awarded the Intelligence Star, which is one of the rarest awards for valor given by the U.S. government.

He is proceeded in death by his wife, Ingrid, his father, mother, his brother Adel Khalidi and his sisters, Amira and Leila.

He is survived by his children and their spouses, Ramsey Hatem and Pam Khalidi, Omar and Holley El-Khalidi, Leila and Gordon Langford, and his grandchildren Nicholas Pacini, Sumaya El-Khalidi, Laura Khalidi, Leila Khalidi, and Mike and Natalia Pacini and his great grandaughter, Mia Pacini, as well as his dear cousin Amer Khalidi.

He leaves behind many other family and friends spanning the world.

The service and burial will take place on Saturday the 27th at 1pm at the Catholic Cemetery located on Wheaten Street, Savannah Georgia.

In lieu of flowers, please donate to the Friends of the Khalidi LIbrary Inc.  225 Grove Street Cambridge, MA  02138 or to a charity of your choice.

We're very sorry that you have lost your dad, Hatem. He and Ingrid we're lovely gracious neighbors.

Ramsey, I am so sorry about your father. He sounds like a truly remarkable man who will be greatly missed. Blessings to you and all your family. Sincerely, Elizabeth