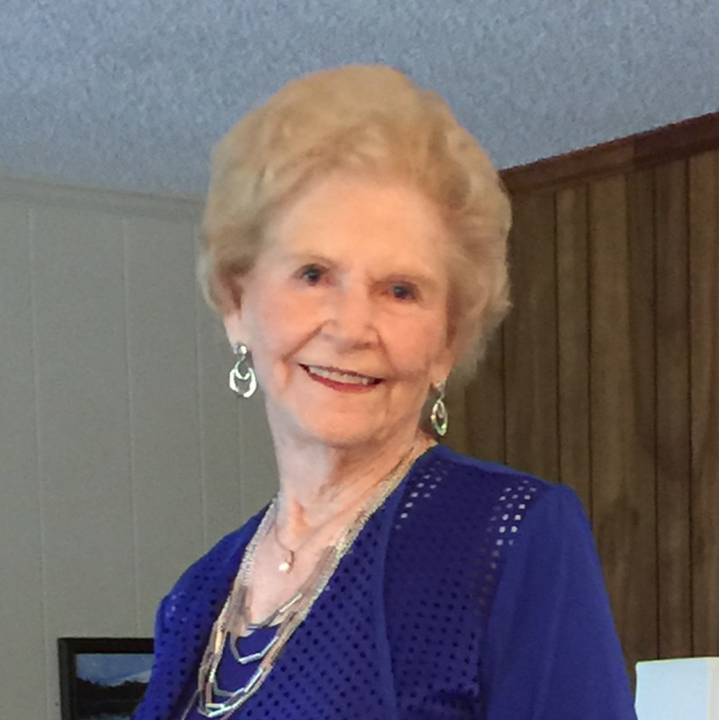 Juanita Lee Sanson, 95, died peacefully on January 14, 2021 after a long and beautiful life.  Juanita, among other things, was a dedicated and loving daughter, wife, mother, grandmother and great-grandmother. She leaves behind two adult children, seven grandchildren, fourteen great-grandchildren and three great-great grandchildren who will miss her terribly but are thankful for the time we had with her.

Juanita was a truly remarkable woman.  She grew up in relatively poor circumstances but became rich in her ability to serve others, to coax bright smiles from friends and family who needed a lift and to persevere when things got tough.  Juanita loved fine things and beautiful antiques.  She was poised, graceful and polished.  She dressed immaculately everyday so that “if someone wanted her to go do something worthwhile, she was ready to go!” She was a lover of true southern cooking, hot black coffee and McDonald’s sausage biscuits. An early riser, socialite, and lover of crossword and seek-and-find puzzles, she was quick to share her wisdom and advice with the gaggle of grandchildren and great-grandchildren by providing regular “Grandma Lessons.”  She taught us all to “be aware” and “treat others with kindness.”

She was incredibly generous with her time and talent.   She had a penchant for sweet treats which she frequently shared.   She made the best sugar-coated peanuts, peanut brittle, pecan pie, and fresh blackberry cobbler, which she hand-picked from thorny blackberry bushes.  She always said, “if someone is willing to pick blackberries for you, you know you are loved tremendously.”

Juanita grabbed life with both hands.  She danced across the Atlantic Ocean on an airplane, rafted the Colorado River when she was 62, learned to swim at the age of 92 and was featured on the front page of a local newspaper, raised money for an astounding array of charities, served as a member of a Hospital Board, was named “Citizen of the Year” and managed the family business.

Juanita was born in Sylvania, Georgia on May 31, 1925.  Her parents were Hattie May Bazemore and Wade Lawson Brower.  They had seven children. Juanita was the sixth child born into the family and the youngest girl.  The Brower Family moved to Savannah during World War II.  Juanita attended Commercial High School in Savannah and took a variety of business courses including typing, shorthand and bookkeeping.  Juanita married Douglas Robert Lee on July 6, 1945. Doug passed away in 1974 and Juanita married Claude Thomas Sanson in 1978.  Juanita worked outside the home for most of her life.  In Savannah, she worked for Kennickell Printing Company and W. J. Bremer’s.  After marrying Tom in 1978, they moved to Marianna, Florida where they owned and operated Pinecrest Memorial Gardens Cemetery.

After Tom died in 2014, Juanita moved to Atlanta to be closer to her eldest daughter, Linda.  Juanita experienced quite a bit of loss in her life, outliving both her husbands, her parents, all her siblings, and most of her friends. However, she was strong and resilient and we never saw her smile fade or her crystal blue eyes dim.

Juanita was always an inspiration to me . Her beautiful smile was contagious to everyone she met . I will carry her in my heart always Thank you Juanita for the time we had .

Juanita was a very loving member of our family. Not a time when we saw her she didn't have a smile or something loving to say! Going to miss her beautiful face at family celebrations. Love and prayers to her and the family.