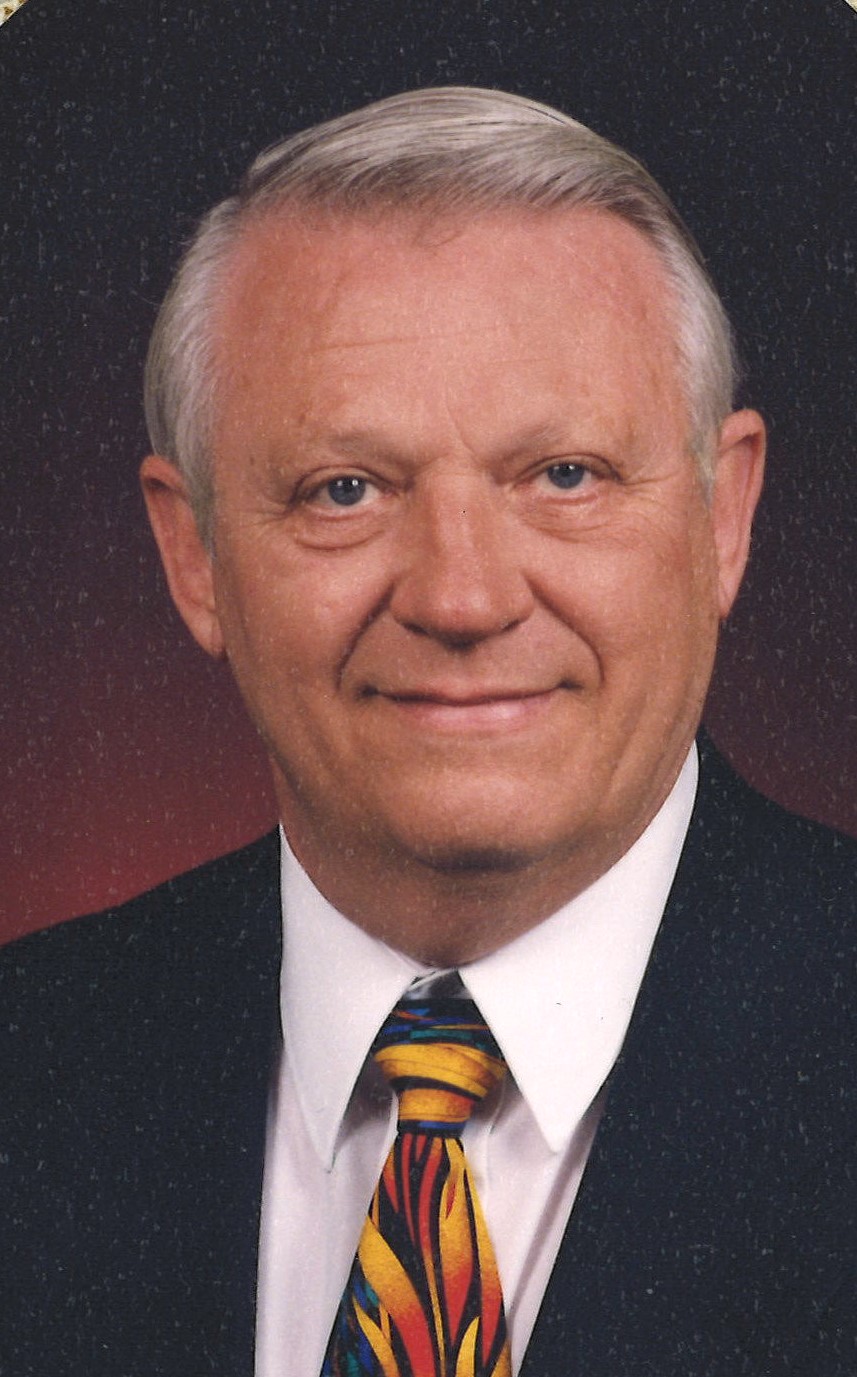 Charles Kohler, “Charlie”, flew west December 20, 2020 to join Jesus Christ and the family of God. As a professional aviator for over 60 years, he looked for and found the Lord Jesus Christ in every part of His creation. In Him, Charlie found a Flight Manual that did not have removable pages. In many “near misses” God protected and preserved him for over 26,000 hours aloft. Charlie loved God’s Word and taught Sunday School for 42 years.

Charlie was born to Herbert and Velma Kohler on October 29, 1935 in Danville, Illinois. He met the love of his life, Joyce (Park) in Ft. Wayne, Indiana, and they married in 1953. After joining the US Air Force, they moved to California and began a family with Dawn and soon after, Charles Arden. Teresa and Mark were born several years later in Dover, Delaware. Their family has grown to include 9 grandchildren and 11 great grandchildren.

His military career began at Travis Air Force Base in California during the Korean War. Charlie was a mechanic and crew chief on the C-97 Stratofreighter.  After teaching mechanics at Chanute Air Force Base, Charlie applied for flight engineering school on the C-124 Globemaster. He held this position during the Vietnam War and beyond. He made the transition to the C-141 Starlifter and began jet flying around the world, rising to the highest enlisted rank of Chief Master Sergeant (E9) of three C-141 Squadrons at Charleston Air Force Base in South Carolina. Charlie also served as a civilian with Pan American Airlines during the Pueblo Crisis and Desert Storm.

Charlie began his civilian career flying for several cargo airlines. He then joined National Airlines, which later became Pan American World Airways. He worked as a flight engineer for 23 years, many as a flight check airman. Looking toward retirement, Charlie bought a high tech kit airplane with a big engine. Charlie and Joyce moved to Oregon to build his kit airplane in near record time. He soon obtained status as the “guru” for the Lancair IV-P and settled in Spruce Creek Fly-In Community to enjoy his days in the skies and with his bride. Charlie was a Designated Airworthiness Representative (DAR) for the FAA and certified/test and training pilot, for many owners in their new aircraft.

Charlie is preceded in death by his daughter, Teresa and granddaughter, Jennifer.

The funeral service will be held at 6:00 p.m., Tuesday, December 22, 2020 at Fox & Weeks Funeral Directors, Hodgson Chapel. The family will receive friends one hour prior to the service. Burial will be at Volusia Memorial Park in Ormond Beach, FL.

The service will also be available via Zoom. Please email acobb7211@gmail.com prior to 12:00pm Tuesday for information on how to join virtually.

We are very sorry for the loss of Mr. Kohler. I have known Mr. Kohler for most of my life and have always thought a lot of him. I pray that the family will know that we are here for you all and know that Mr. Kohler is in a much better place that we can only dream of being with him someday. We love you all and will continue to pray for you. Much love, The McPhersons

Joyce, Mark and family. I only knew Mr. Kolher a brief time but knew from the beginning this was someone I wanted to spend time with. I celebrate with you your loss and his great gain. He ran a good race and has now received his reward. We will join him soon to pick up where we left off here on earth. I can't think of anyone else that I would want to show me around heaven. So long my friend. I will see you soon. Love Jerral and Patricia

Joyce and family. I am so sorry in your loss. I will be praying for your family. May our Lord give you all His Loving Comfort at this time. Doris called and told me about Charles.

CONDOLENCE FROM THE FOLKS OF PAN AM OPERATIONS

Joyce and family, prayers and thoughts that you will be filled with God's presence in this time of sorrow. I know your faith is strong and that God will carry you in His everlasting arms.

Blessing of peace, comfort, and sympathy are with you. In Jesus's name. Jeremiah 29:11-13.

Thinking of and praying for all of you at this very difficult time in your lives. Praise God that he was “ a good and faithful servant” to his Lord and Savior Jesus Christ! He is rejoicing today!

Charlie was a great F/E and person. He will be missed. Capt.Festus Burchfield

Charlie was such a great and positive person to be around. He was the most professional of Flight Engineers. Young co-pilots were blessed to have him as a coach and mentor on the various personality traits of Captains. We all fly West but Charlie will be helping someone who is going with him. It's in his nature. God Bless His Family. See you soon Charlie.

Joyce and family, we are sorry to hear of Charlie’s passing but rejoice that he is with our Lord and Savior! Tom and I will always remember him and the awesome soaring flight he took us on over the 3 Sisters mountains in the Lancair he built! Our thoughts and prayers are with you! ❤️

Joyce, Mark and Family. I am very sorry to learn of Charlie’s passing. Charlie was one of the best Mentors anyone could have ever asked for! I’m glad I got to meet him back in 1993. I wouldn’t be where I am today without him. He will be missed very very much. I know he’s in the best place imaginable! Charlie, I will see you again one day my friend! Much Love to you all. ~ Casey & Jenny Lewis

What a guy!! I'm one of the many Lancair friends that had - he was the DAR for our Lancair IV-P back in 2009 and became a steadfast friend. It is funny how things happen - just this week I was thinking about Charlie and gave him a call on his cell phone - now I know why he didn't answer. He was answering to a higher calling. Charlie, you will always be a part of our memories - because you were just that kind of guy. Our condolences to the family - we know he will be missed.....but not forgotten. Tailwinds and blue skies to all!! Ed & Janie Smith - Chesapeake, VA

12 years ago I was introduced to charlie as someone who could give you an honest opinion of a lancair 4P I was purchasing. Charlie went on to train me for hours and shared his knowledge with me. he is a great person and wonderful teacher. he will be missed.

Charlie was a wonderful mentor, friend, engineer and superb aviator. He gave me some of my first flights in a Lancair IV-P, was my DAR when I built mine, and was my recurrency training pilot for almost two decades thereafter. I recall fondly the lunches and discussions we’d have solving the problems of the world after out flights in the Sruce Creek cafe. Godspeed, Charlie. You were one-of-a-kind, and will be long remembered....

I met Charlie on October 2009 when he came to California to inspect my new purchase ,a Lancair 4P which he signed into flight 9 years earlier . He gave me 10 hours of flight training that saved my life 2 months later when my engine quit at 1200’ and applying what he taught me,I made a safe dead stick landing on an empty field without a scratch. Rest In Peace dear Charlie

Joyce & family, I share your sorrow with Charlie's passing. I, too, have recently experienced the loss of my life partner, so I know 1st hand how deeply it hurts. But rejoice! He is now where we all expect to be sooner or later, and we will have a wonderful reunion. I am proud to have called Charlie my friend and brother in Christ. I shall never forget our good times sharing with our Sunday School family at Daytona 1st Baptist. I offer you my most sincere condolences. Doug Monsoor