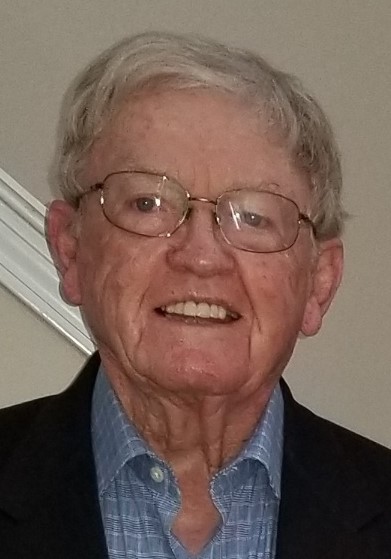 Rabun Jeffers, age 88, of Savannah, GA, passed away unexpectedly on December 12, 2020, of natural causes.  He had a wide circle of friends and admirers and found joy in serving others.

Born on November 20, 1932 in Sylvania, GA, and raised in Savannah, Rabun was the son of the late Laurie and Rabun Jeffers.  A gifted athlete, he participated in every sport offered at the Jenkins Boys Club.  Rabun was also active in Boy Scouts and was inducted into the Order of the Arrow.  He was so proud of his two Eagle Scout grandsons.

Rabun graduated from Commercial High School, where he played football, basketball and baseball and was voted football team captain.  When he wasn’t playing sports, he loved hanging out with his friends at Paul’s soda fountain.  He joined the Army in 1954 as Sergeant and played on Fort Jackson’s football team.

Rabun married Emily “Polly” Woods, the love of his life, in 1955.  They had 65 wonderful years together.

In 1956, Rabun began his 40-year career with Savannah Electric and Power Company, now Georgia Power, moving up the ranks within operations management.  He also ran sports leagues for Chatham County for many years and served as President of the Chatham County Athletic Association.

Rabun loved the outdoors and enjoyed living on the water and boating on the Herb River, where he patiently taught his grandchildren and many others how to ski and crab.  Rabun coached hundreds of boys in football, baseball and basketball and girls softball over the span of 20 years.  Later in life, he took up golf and played with his son and friends every week.  He rode his bike for miles almost daily, up until he died.

Rabun was an active member of the Exchange Club for 25 years and chaired Fair Day for underprivileged children for 15 years.  He devoted much energy to this and looked forward to it every year.

In addition to his parents, Rabun was preceded in death by his sister, Jacqueline Cooper; sisters-in-law Audrey Lynn and Frances Green; brother-in-law Earl Lynn and nephew Steve Lynn.

There will be a private memorial service due to COVID-19 and the interment will be in Greenwich Cemetery.  A livestream of the service may be viewed at 1:30 pm on Tuesday, December 22, at https://bullstreet.org/live-stream.

We are broken-hearted over the loss of our dear friend. Sometimes the questions keep coming without answers. Just remember, our Lord welcomes your questions and listens to your concerns. We are praying for the family.

So sorry to hear that Rabun passed away...he was a coworker of mine back in the day from Chatham Co. Recreation & was always one of my favorite people!!! My condolences to the Rabun's family.

Polly, Jerry and family, Deborah and I are truly sad to learn of the passing of Rabun. While we celebrate his homecoming with his Heavenly Father, we know there will be a void in your lives. I have no doubt that he and my dad are already on the golf courses and that Rabun is playing his best games. We love y’all are praying for all of you, Shane

Mrs Jeffers, Jerry and Sally, I am sorry to hear that Raburn has passed away. He was our baseball coach growing up and taught me everything that I know about baseball. He never had a cross word working with us kids. I am sorry that I did not get to see him again, to let him know just how much he did for me. My wife and I will keep you all in our prayers. Raburn Jeffers was was instrumental in turning all of us kids into ball players, and most of all, into decent, god fearing grown ups. He will be missed by many and thanked by us all.

We’re saddened to hear about Rabun. Polly, Jerry, and Sally, All of you are in our prayers.

Polly, we are saddened to hear of Rabun's passing. Both of us have great memories of him at both Savannah Electric and City of Savannah. Prayers for you and your family as you morn and transition to life without him. God bless each of you with his loving arms to comfort you.

We have many fond memories of Rabun, and will miss him sorely. May our Father in Heaven make himself known to you in a special way at this sad and lonely time. In Love, Joe and Kate

My sincere thoughts and prayers are with the entire Jeffers family now and in the days to come. May our Heavenly Father wrap HIS loving arms around you and bring you strength, comfort, healing and peace! Amen! In Christian love and deepest sympathy, Caroline Huber Hester

We are Deeply sadden to hear of Rabun's passing, Our Thoughts and Prayers go out to our Savannah Family.

Dear Polly and family, we are so sorry for your loss. Our family will be praying for the peace and comfort of the Lord to overwhelm you as you grieve the loss of Raybun. We will miss seeing him on his bike rides and at church Love and prayers, Ben, Caitlin, and Children.

Dear Polly, Jerry, and Sally - I was saddened when Mom called me about Rabun's passing. Another part of Wilshire is gone. Rabun was a gracious, patient gentleman (he'd have to be to put up with our softball team's silly antics!). I will miss him dearly and please know that y'all are in my thoughts.

Polly: I was very saddened to hear that Rabun passed away. He was always fun to be around since he was a "hard headed" as I was! It was always fun to tell him that after he retired, you were paying the company half the money he was making just to get him out of the house! That always got him going! There were many times when I used his guidance to resolve an issue when we worked together at Savannah Electric. I always felt he was an asset to the company and to the folks we worked with. He was a very good person, a good friend and a man who loved you "unconditionally"! May God Bless and keep you. Tom Harris

5 CANDLES LIT
+ Add a candle to the guestbook